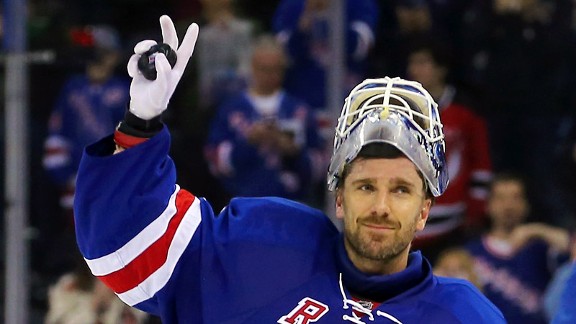 Score! New York Rangers star Henrik Lundqvist has sold his penthouse apartment in Midtown West for $4.95 million, eight years after he first purchased the unit for $3.95 million, according to city records posted today.

The veteran goaltender first put his apartment on the market back in July of 2014, with an asking price of $6.5 million. That was after signing a seven-year, $59.5 million extension with the New York Rangers in late 2013.

The 2,035 s/f duplex penthouse unit, at condo building The Link at 310 W. 52nd Street, has  two bedrooms and two and a half bathrooms, and features a terrace with a hot tub, chef’s kitchen, floor-to-ceiling windows, and includes a storage space.

Adam Modlin of the Modlin Group had the listing.

Unions ready to mix it up to help manage costs