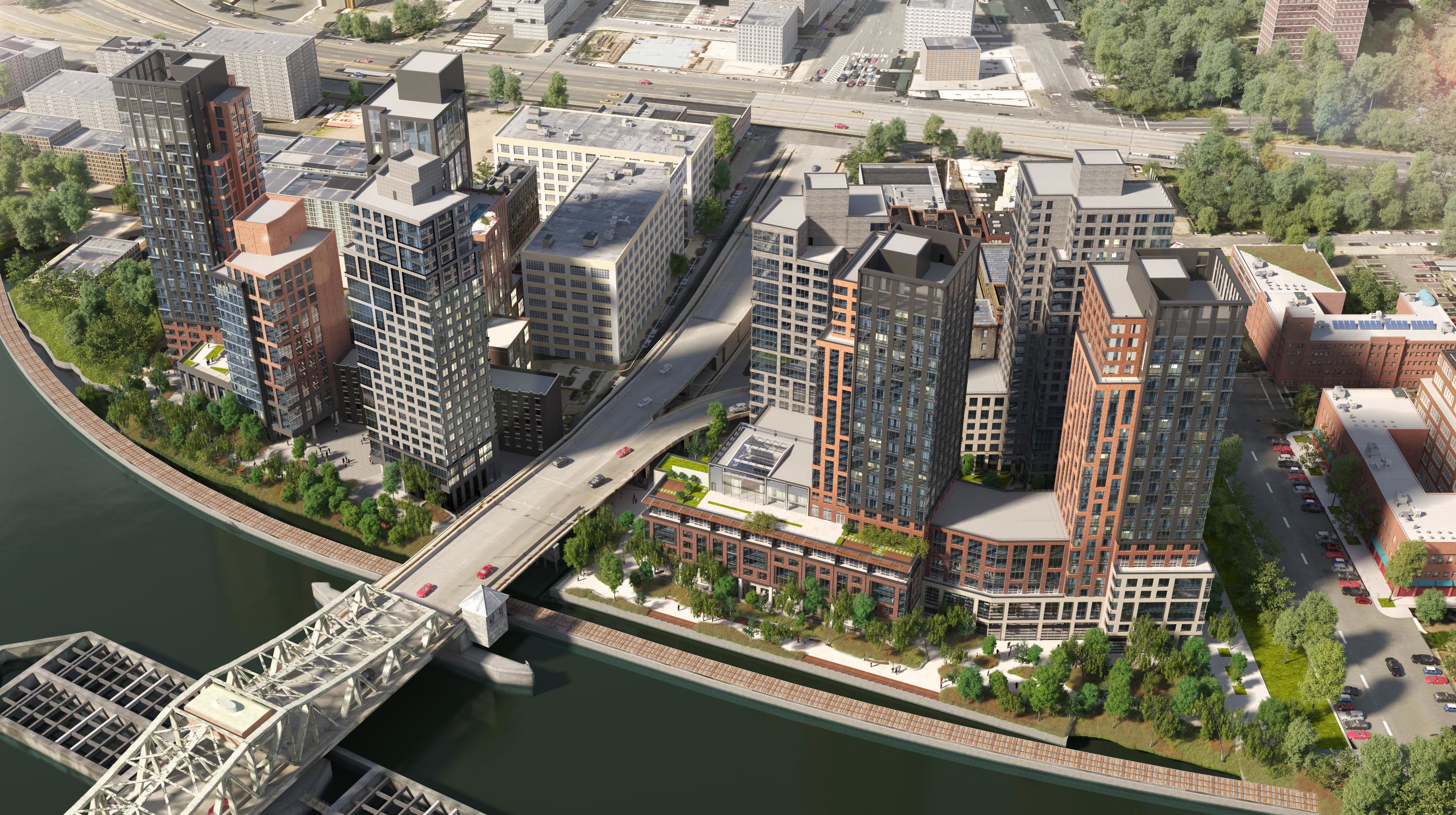 As real estate prices continue to rise in New York City and residents keep moving further out from Manhattan to find affordable housing, The Bronx continues to draw more interest from developers and residents seeking more bang for their buck.

In the second quarter of 2017, sales volume in the Bronx jumped up 27 percent from the previous quarter, the most of any borough in New York City during the same quarter, according to a market report from Miller Samuel Inc.

While sales numbers and prices have gone up, on the rental side, the borough is getting some notable new inventory.

In Bedford Park, developers Alex and Eric Berkovitch of Universal Contracting have completed a 11-story luxury residential building with 75 units that is being marketed and leased by Douglas Elliman.

The building, 2763 Morris Avenue, is the first new development Douglas Elliman has ever exclusively leased in the Bronx.

“It’s a very unique project for the Bedford Park/Fordham area,” said Elina Golovko, who is leading the marketing and leasing on the building. “We don’t have any competition as of yet.”

The building is currently in pre-leasing mode, with an expected occupancy date of September 1. Units range from studios to two bedrooms, and the building is close to Fordham University, which is about 10 to 12 minutes away on foot.

Golovko said the response has been “great” so far, and they currently have multiple pending applications, with several units already leased.

“The majority of our new tenants come from the neighborhood. They either live here now or were born and raised here and are now moving back,” said Golovko.

There is a strong demand in the Bronx for the kind of amenities and finishes that new development buildings can offer, as well as ease of access to public transit, said Golovko. The building is located within a block or two of three major subway lines.

In the South Bronx area of Mott Haven, which has become a hotspot for development on both the commercial and residential side, developer Carnegie Management has built luxury rental building The Crescendo at 25 Bruckner Boulevard (pictured top).

The name comes from the area’s piano manufacturing history, and the complex will consist of two six-story rental buildings with names that add to the piano theme – The Staccato and The Legato.

The buildings will have a total of 130 units ranging from studios to three bedrooms designed by Karl Fischer with StudiosC. The Crescendo will feature amenities like an indoor heated pool, sauna, steam room, recreation room, gym, terrace of roof deck, and on-site parking for up to 70 vehicles. Prices range between $2,300 and $3,000 per month.

Chyann Sapp is a broker with Citi Habitats and has lived in the Morris Heights neighborhood of the Bronx for four years. She works on sales in the Bronx, with many of her clients first-time home buyers looking for affordability and more space.

“For the most part, the majority of new development has been concentrated in the South Bronx,” she said.  “It’s been a huge surge because of the location. It was much easier from a developer’s standpoint to get the land but also to get people to come over that had already moved to East Harlem, and realized it was just another five-to 10 minutes further on their commute.”

While the South Bronx has gotten the most attention based on the new developments taking shape in the area, Sapp said many people are finding out how big and diverse the borough is.

“People think The Bronx is so tiny, but it’s also very diverse in terms of the landscape,” she said. “You get up to Norwood and Bedford Park and Wakefield and it’s like you’re in the suburbs. The Bronx is still the place you can come to and look at two to three-family homes for $500,000.”

While she admitted prices have been on the increase in areas that are being revitalized, especially the South Bronx, in the northern areas of the borough, buyers and renters can still find steals. “If you go up to Southview, Parkchester, Wakefield, Bedford Park, Norwood – that’s further from where people want to be in terms of transportation, so prices there are still excellent,” she said.

And perhaps the most important development coming to the South Bronx is the waterfront complex being developed by the Chetrit Group and Somerset Partners that will have 1,300 housing units along the Mott Haven waterfront.

The biggest private development in the history of the Bronx, the 1.3 million s/f complex located at 2401 Third Avenue and 101 Lincoln Avenue will have seven buildings with rental and condos and will include retail and a waterfront promenade.

The joint venture purchased five acres of land for the project in 2015 and filed plans for the development of several towers and a 25,500 s/f waterfront park. The developers recently announced they will break ground on the project within a month.

Once completed, the first phase of development will have 430 rentals, ranging from studios to three bedrooms, 416,446 s/f of residential space, a garage with space for up to 175 vehicles, and 4,2000 s/f of community space. Amenities will include a pet care room, lounge, gym, event room, bike storage, and a pool.

The Bronx has for many years been among the areas of New York City described as being “the next big thing,” but as developments begin to really take shape, it may finally be coming true for the borough.  “It all comes down to a numbers game,” said Jeremy Swillinger, a broker with LEVEL Group. He said an area needs to have good transit and good prices per square foot to be attractive to developers.

“It could be in middle of nowhere, but if the transportation is there, they will build it. Look at Long Island City, it used to be a wasteland, now it’s a whole new city. It’s right by transit, the land was cheap; boom, perfect for development.

“I think that’s what’s happening in The Bronx. The numbers make sense, the land is cheap, it may not be trendy, but they’ll make it trendy. Brokers will go wherever they can make a penny.”

Rutenberg sets sights on top of the heap

HAVE YOU HEARD? Real housewives get fit; Philadelphia Phillies star selling up