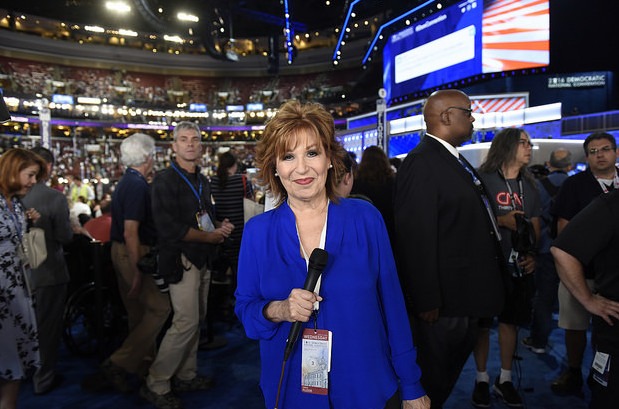 HAVE YOU HEARD? Joy Behar gets a new view of Lincoln Square

Joy Behar, comedian and longtime co-host of morning talk show The View, picked up a $2.4 million apartment in Lincoln Square.
Behar purchased unit 15B at the Allegro, a condo building at 62 W. 62nd Street. The two-bedroom, three-bathroom unit has 1,314 s/f and features include a private balcony and an abundance of windows. Rachel Bickerton at Keller Williams NYC had the listing.
In addition to the new digs, Behar (pictured top) just listed her longtime co-op apartment at the Astor Court building on the Upper West Side at $3.5 million. Behar has owned the three-bedroom, three bathroom unit since 2008 when she bought it for $2.55 million.

The premiere was held in the Founder’s Club of the Paramount Theater in Huntington, NY in front of an audience of close to 100 agents, managers, family and friends of Daniel Gale Sotheby’s International Realty.
The marketing team at Daniel Gale Sotheby’s International Realty first learned about the inventive marketing tool at a Sotheby’s Global Networking event and quickly recognized its value. The videos are produced by Evoker, which has an exclusive relationship with Sotheby’s International Realty Affiliates, for Long Island.
“Everyone has a story to tell, and choosing the right real estate agent to work with is as much an art of choosing the right personality as the science of who are the top agents for the area in which you are buying or selling,” explained Abby Sheeline, Director of Marketing.