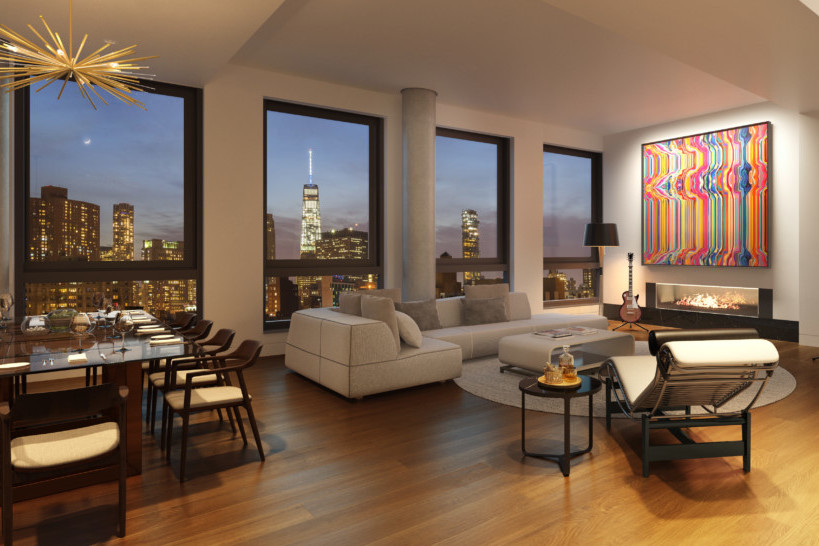 ACTOR Jesse Metcalfe is moving to the Lower East Side.
Sources say the actor best known for his starring roles in the film John Tucker Must Die and the popular television series Desperate Housewives, is buying an apartment at the new 242 Broome.
The SHoP-designed tower is the first condo to be built within the new Essex Crossing community being built by Delancey Street

Associates, a partnership of Taconic Investment Partners, BFC Partners and L+M Development Partners.
242 Broome is a 14-story building with 55 apartments, ranging from one to three bedrooms that is expected to open at the beginning of 2018.
While details of the Metcalfe purchase are sparse, StreetEasy notes that a penthouse and three bedroom unit are currently under contract.
The 2,111 s/f two bedroom penthouse was listed at $5.25 million. It has 10 ft-plus ceilings, and open living and kitchen space with a wine fridge and freezer. The master bedroom as an oversized walk-in closet and there is a private 600 s/f terrace.
Metcalfe was represented by co-brokers Brian Kelley and Jennifer Regen of Town Residential. Shupack & Hardy, LLP provided legal representation. Douglas Elliman Real Estate is the exclusive sales and marketing agent for 242 Broome.

BEST known for selling artistic creations on the Internet, Etsy founder Rob Kalin’s latest sale is a space for artists to work.
Kalin recently sold the 130-year-old Catskill Mill in Upstate New York for $1.9 million to a father-daughter team that will convert it into an art studio and program space.
Located at 361 Main Street in Catskill, New York, the building originally served as a flour and seed mill, but has also housed a knitting company, clothing stand, department store and various other businesses over the years.
The 50,000 s/f building’s sale represents the largest commercial transaction in the town’s history.
Andrew Gates of Houlihan Lawrence Commercial Group represented Kalin as well as the buyers.

Ryan Serhant hosted his first-ever Battle of the Stagers event at luxury condo building, 550 Vanderbilt in downtown Brooklyn where his team is closing out sales.
The even featured designers Major Jacks + Alchemy Eclectic, Décor Aid, Iconic Modern Home and Katerina Mishelle staging an apartment, with the winner chosen by guests. No word on who came out tops.