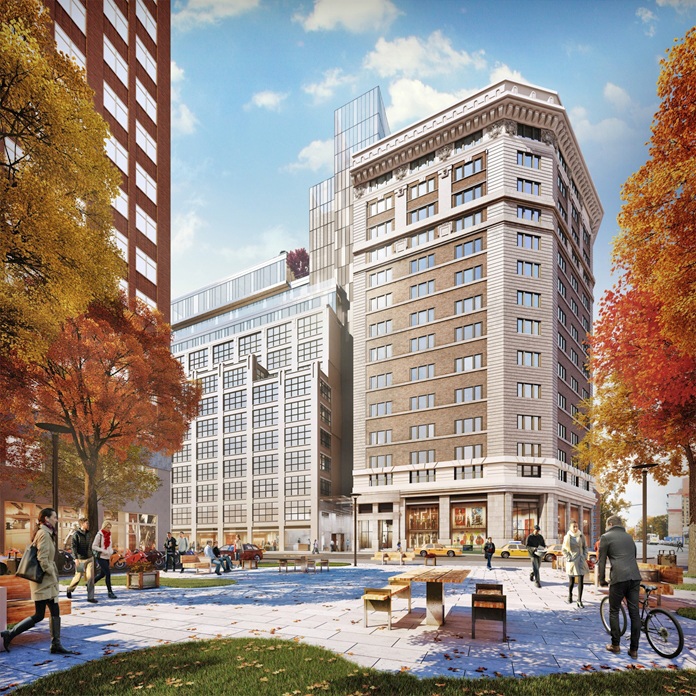 Savills has completed a 10-year, 252,452 s/f lease renewal and expansion for Flatiron Health at Stellar Management and Imperium Capital’s One SoHo Square, a newly-renovated class A office complex on the border of SoHo and Hudson Square.

As a result of the expansion, the healthcare technology company’s presence at the building will grow to 252,452 s/f overall.

In addition to renewing the 130,384 s/f it currently leases, the firm will take an additional 122,068 s/f bringing its total footprint to nine full floors.

Flatiron’s commitment at One SoHo Square nearly doubles its occupancy in Manhattan and continues to support the company’s growth plans in New York City.

Since its inception in 2012, Flatiron has grown its professional team to approximately 800 full-time employees, with plans to increase to 1,000 by the end of the year. Flatiron has continued to rapidly scale the company after being acquired in 2018 by Roche.

A Savills team led by Senior Managing Director Zev Holzman, along with Brad Wolk and Herman Dodson, partnered with Roswell Hobbs, Flatiron’s head of Office and Real Estate, to advise the company in the long-term agreement.

The firm, which first secured Flatiron’s headquarters at One SoHo Square in 2017, was re-hired to develop a creative real estate plan to help the organization expand.

“The Savills and Flatiron Health team came to us in need of more space and we worked with them to provide a flexible solution tailored to their growth needs,” said Ryan S. Jackson, a principal at Stellar Management.

“We are humbled that Flatiron has chosen One SoHo Square as their HQ and wish them tremendous amounts of success as they continue to grow.”

According to Holzman, restructuring and renewing the lease at One SoHo Square prevents the company from having to relocate hundreds of employees elsewhere.

“Securing a pathway to expansion within the building was always the preferred solution for Flatiron,” he said. “But given that the building’s supply couldn’t meet the tenant’s demand, it just wasn’t a viable option until we realized the opportunity that could be created.”

He added, “Finding large blocks of space in SoHo/Hudson Square is nearly impossible because the area is in high demand. Through careful planning and diligence, we were able to identify the only large block expansion opportunity in the neighborhood and craft a transaction that will deliver space on the tenant’s timeline and meet Flatiron’s needs for years to come.”

The core houses the buildings new nine-passenger elevators, mechanical systems and new bathrooms, allowing the spaces to work in efficient and diverse configurations. The complex is almost completely leased up, with only one floor remaining at 30,000 square feet.