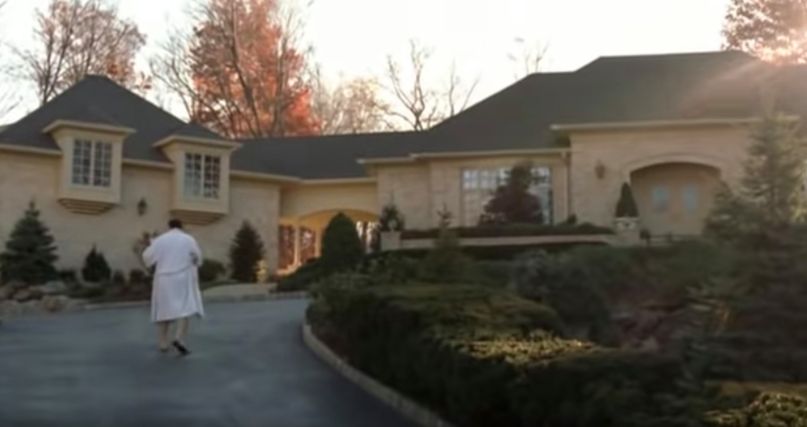 HAVE YOU HEARD? Sopranos house for sale

The home of the late legendary New York press agent Merle Debuskey has been sold.
The Friedman Rosenthal team at Halstead brokered the sale of unit 19D at 411 West End Avenue (above) for $1.951 million.
Mr Debuseky had lived in the two bedroom, 2-bath co-op for over 40 years before his death last year at the age of 95.
The home has Hudson River views from every room and is steps from Zabar’s, Fairway, Lincoln Center and Central and Riverside Park.
Mr. Debuskey represented more than 500 Broadway and Off-Broadway shows over the course his half-century-long career.
He was president of the press agents’ union ATPAM for 25 years and worked with producers including Alexander H. Cohen and Joseph Papp and political leaders such as activist Julian Bond.

The house that served as home to Tony and Carmela Soprano on the hit HBO show The Sopranos is for sale.
Owners Victor and Patti Recchia told the New York Times they have set up a website to sell the 5,600 s/f home in North Caldwell, New Jersey, themselves for $3.4 million.
The four bedroom, 4-bath house (pictured top) has a pool, two two-car garages and a separate guest house, all on a 1.46 acres lot.
During the eight years The Sopranos aired, stars including James Gandolfini, Edie Falco, Jamie-Lynn Sigler and Steve Buscemi filmed for dozens of hours at the house, which has been photographed by Annie Leibovitz.
While most of the show’s indoor scenes were filmed in a Queens studio, the exterior was featured throughout The Sopranos run.
A new prequel movie about Tony Soprano’s early years (starring James Gandolfini’s son, Michael) is set to be released next year.

Actress Glenn Close is selling her Bedford Hills home.
Her 10-acres Beanfield estate has been listed at $3.6 million.
Muffin Dowdle of the local Ginnel Real estate.
According to the listing, the 1910 farmhouse offers 5,700 s/f of living space, five fireplaces and “gorgeous grounds.”
It has a shoreline pool with separate spa, guest cottage, garage and playhouse with sleeping loft.
Bedford is a favorite of the rich and famous and counts actor Ryan Reynolds, fashion designer Joseph Abboud, director Lasse Hallström, billionaire investor George Soros and President Donald Trump among its residents.