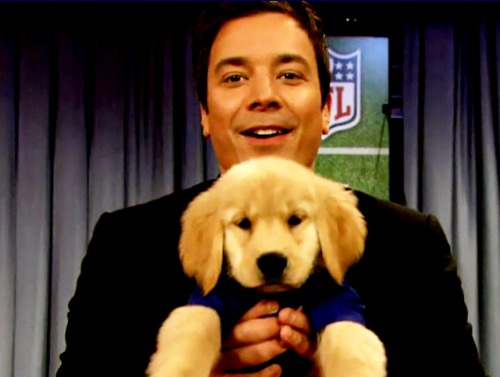 HAVE YOU HEARD … Oh, Jimmy you’re so fine

GRAMERCY PARK residents love their neighbor Jimmy Fallon — and it seems he loves them right back.

The late night talk show host has bought another unit at 34 Gramercy Park and plans to add it to the duplex he already owns there.

The four-bedroom co-op at the top of the building overlooking the prestigious park was listed by Judith B. Thorn of Warburg Realty.

Fallon plans to renovate the space, which he picked up for $1.35 million after it was listed for $1.575, and blend it with his duplex.

The late-night TV host was just voted Most Desirable Celebrity Neighbor in a Zillow poll. The folks on the posh park won’t argue with that.

“He’s a terrific guy, always upbeat, 100 percent down to earth, and a joy to have as a neighbor. He’s more than likable, he’s lovable. Jimmy Fallon is truly one of the nicest people you could ever meet not just in Gramercy Park, but anywhere,” beamed Gramercy Park Block Association president Arlene Harrison, who’s nicknamed the Mayor of Gramercy Park.

The Women’s Council of REALTORS, Empire Westchester Chapter, Hudson Gateway Association of REALTORS (HGAR) will present their Annual Spring Fashion Event with Bloomingdale’s and Jos. A. Banks at the Glen Island Harbour Club in New Rochelle on May 8.

The Westchester Coalition for the Hungry and Homeless has been chosen as the recipient of the contributions. Paul Sarlo, of Coldwell Banker, White Plains and The Corcoran Group, will be the evening’s Master of Ceremonies.

Cocktails and Registration will begin at 5:30 p.m. For information about sponsorship, underwriting of the event, table purchases or other event details, contact Bonnie Koff at bk@bonniekoff.com or Stephanie Liggio sliggio@judicialtitle.com.

The hit franchise has expanded into the city of Miami and will feature three luxury agents as they handle the world of high-end real estate in South Florida’s surging market.