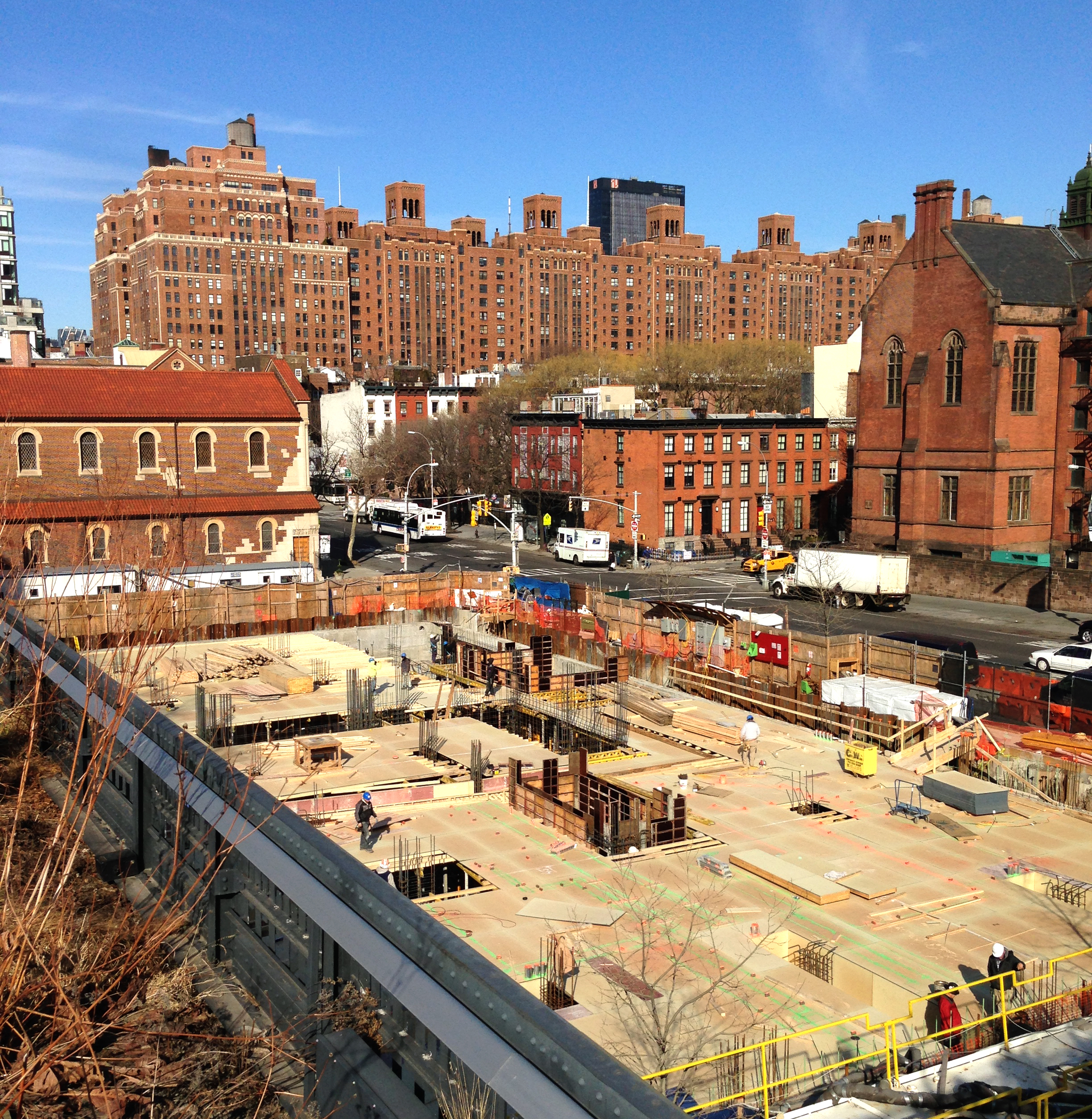 Developer Sherwood Equities has announced the completion of main foundation work for a new condominium development in the High Line community in West Chelsea.

500 West 21st Street will have a garden designed by TriBeCa-based Rees Roberts + Partners, LLC, that will include 40 ft. high trees and layers of mature foliage.

“We are creating an urban sanctuary that extends the peacefulness and natural beauty of the High Line,” said developer Jeffrey Katz, president of Sherwood Equities.

Paul Katz of KPF noted that the property’s design “is influenced by the industrial style of apartment residences developed in Western Europe, especially London and Paris, early in the 20th century.

The stone-and-metal grid surrounding enormous industrial windows impart a look of distinction that is fully compatible with the building’s urban setting. And since the High Line too is a product of the industrial age, what could be more appropriate?”