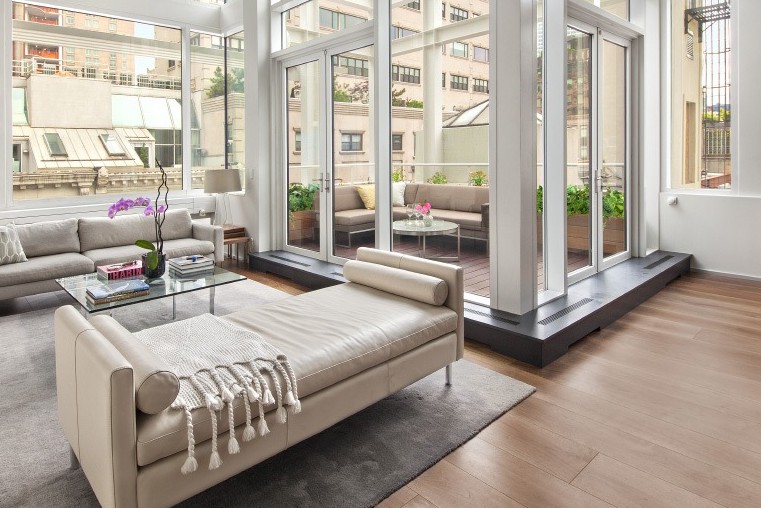 Level Group has opened registration for its next Spotlight Series event.
Social Media Innovation: The Symposium at the Wells Fargo Conference Center, 150 East 42nd on April 11, will start with a networking breakfast at 9:30 a.m and run through 12:30 p.m.
It is open to all real estate professionals in the New York City tri-state area.
Joan Pelzer, founder and CEO of Joan Pelzer Social, and Jennefer Witter, CEO and founder of The Boreland Group Inc, will present cutting edge social media strategies for real estate professionals.

“This important symposium will equip attendees with the practical skills they need to use social media effectively to advance their business,” said Michael Barbolla, Level Group’s chief operating officer.
The symposium will feature hands-on social media training and include a live Facebook Chat.
“Social media is a great way brokers can get their ‘unfair share’ of buyer and seller attention and I’m eager to share new strategies with the participants,” said Witter.

A new survey has found that most home sellers try to negotiate their real estate agent’s commission last year.
The by SurveyGizmo and commissioned by Redfin found that 57 percent of sellers last year attempted to negotiate their agent’s commission, up from 52 percent in June 2016.
The trend was partly driven by Millennial sellers, 66 percent of whom said in December they had attempted to negotiate with their agent.
Savings were prevalent among homebuyers, too. Nearly half (49 percent) said they got a refund, closing-cost contribution or other consideration from their agent worth $100 or more, up from 46 percent who said the same in June.
“Millennials are more data savvy than previous generations and naturally comfortable taking advantage of the relatively recent data transparency and technological innovations in the industry,” said Nela Richardson, Redfin chief economist.
“This makes them more informed than any cohort the housing market has ever seen, and partly because of that, more willing to negotiate fees.”

According to Streeteasy, the Roman and Williams designed home (pictured top) is in contract after being listed at $9.995 million by Glazer just three weeks ago.
Coincidentally, Brown Harris Stevens David Kornmeier just listed the former celebrity couple’s first Tribeca home at  13 Harrison Street.
The five-story, seven-bedroom  townhouse has 1,600 s/f of  outdoor space on a terrace and roof deck and an elevator.
Currently configured as two condo apartments, one unit is a six-bedroom owner’s quadruplex and a 3,400 s/f mixed-use ground floor apartment could support a myriad of functions.
The entire building is for sale at $24.995 million and will be delivered vacant.