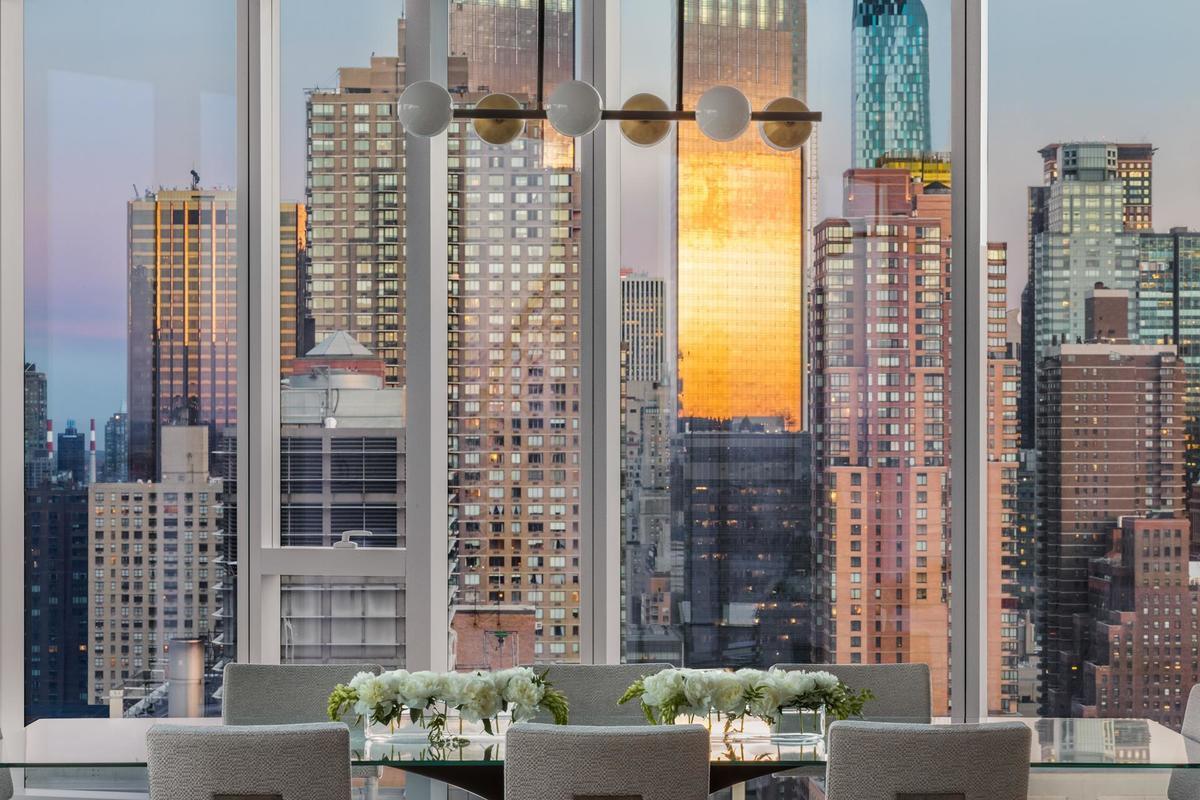 HAVE YOU HEARD? Grammy winner buys at One West End Ave.

Grammy-winning songwriter Philip Lawrence and his wife Urbana have bought a $7.5 million pad at the new One West End Avenue, where neighbors include Bruce Willis.
The 3,055 s/f corner four-bedroom, 4.5-bath tower residence was designed by Jeffrey Beers and is wrapped in floor-to-ceiling windows.
The luxury condo is part of the new Riverside Center and was developed by Elad Group and Silverstein Properties.
John Gomes and Fredrik Eklund of Douglas Elliman are repping the developers.
Lawrence is a producer, entrepreneur, voice actor, dancer, actor and songwriter best known for his work with Bruno Mars.
He has won eight Grammy Awards and, along with composing and producing hits for Bruno Mars, writes for Adele, Flo Rida, Lil Wayne, Wiz Khalifa, CeeLo Green and others.

***
STARSTRUCK house hunters could do worse that check out a new listing at 88 Central Park West
Better known as the Brentmore, the building is home to Robert DeNiro, Paul Simon and Annie Liebovitz.

The 1928 co-op building also has bragging rights to some of the best views in the city, despite its 12-story stature.
Units rarely come available, with owners adding upper and neighboring units rather than move out.
7N is a 3,700 s/f duplex across the 7th and 8th floors. John Burger at Brown Harris Stevens has the $12.95 million listing.

***
Douglas Elliman’s seventh annual Ride for Love benefiting God’s Love We Deliver has raised more than $1 million for the organization.
This year, 65 Elliman agents and staff took part in Ride for Love, which ultimately concluded in Montauk with a celebration fêting the $1,000,000 milestone at Rick’s Crabby Cowboy Café.
“Each year, I am amazed by the passion and dedication from our Elliman agents and staff,” said Scott Durkin, president and CEO of Douglas Elliman. God’s Love We Deliver cooks and home-delivers nutritious, medically tailored meals for people too sick to shop or cook for themselves.
All of their services are provided free to clients.

Amazon return paying off for LIC