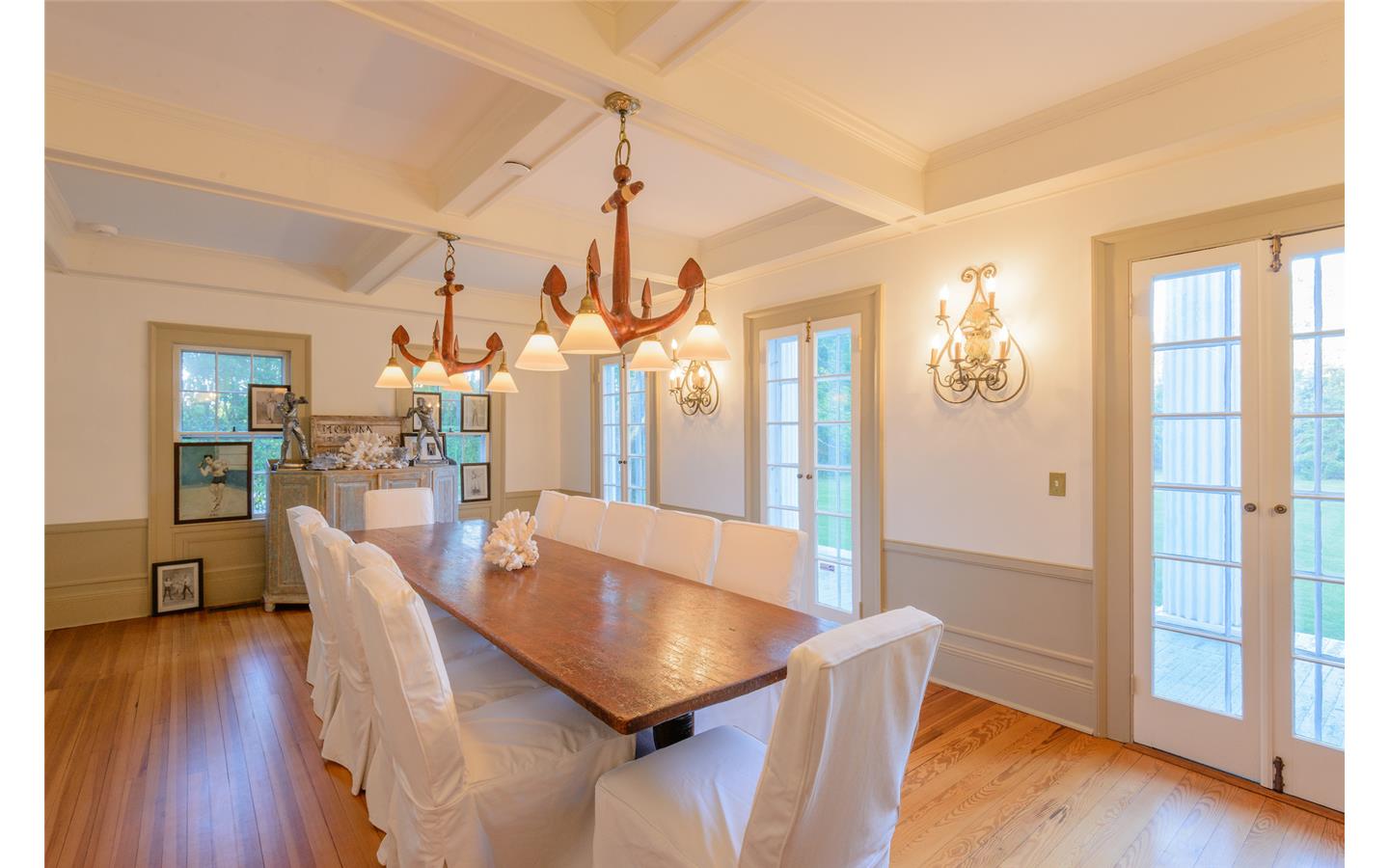 HAVE YOU HEARD: Christie Brinkley sells her Hamptons home

SUPERMODEL Christie Brinkley has closed on her North Haven home for “just under” the $17.99 million asking price, according to listing broker Enzo Morabito of Douglas Elliman.
Susan Breitenbach from Corcoran represented the buyer.
The Sag Harbor home has been on the market since January 2017, when it was priced at $25 million. Brinkley bought it in 2004 for $7.15 million.
The 5,500 s/f property at 1 Fahys Road was built in 1843 and still has period details such as a columned front entrance and several fireplaces.
The Colonial-style home sits on 4.5 acres has a pool and 337 ft of private beach. Inside, there are multiple living and dining areas, a study, mud room, five bedrooms and 5.5-baths.
Brinkley also has plans to sell her 20-acre Tower Hill compound and has it listed with Morabito, too.

Businessman Arthur Becker, the former CEO of NaviSite and Zinio and now a burgeoning artist, has listed another of his Sullivan Street townhouses for $12.5 million – weeks after selling the one next door for $12.3 million.
Becker is an investor in the property designed by Cary Tamarkin and developed by Property Markets Group and Madison Equities. He got three adjacent townhouses in exchange for his stake in the condominium in 2016.
Prime Manhattan Residential president Robert Dankner sold one townhouse earlier this month for $12.3 million.
Becker also owns 40 Sullivan Street, on the market since last year with Madeline Hult Elghanayan of Douglas Elliman for $12.95 million.

The Smith Hansen Team, of Keller Williams Tribeca, is hosting an art benefit with nonprofit Fifty Shades of Purple Against Bullying.
“Arts Against Bullying – An Evening of Elegance” will take place on May 19 from 5 to 8 p.m. in a pre-war loft unit in the McIntyre Building at 874 Broadway (below), currently listed with team. Artists including Jed Williams, Perry Milou, Gilbert Lewis, Stacia Friedman, Masa Tsuda, Yolanda Ward and Sheila Sheedfar have donated pieces to be sold at the benefit.
Proceeds will help Fifty Shades of Purple Against Bullying, whose mission is to support victims of bullying and their families.
“Having been personally affected by the devastation of bullying, we are honored to partner with such a deserving cause,” said MaryElizabeth Smith and Paul Hansen.

Student life is getting serious and developers are taking notice