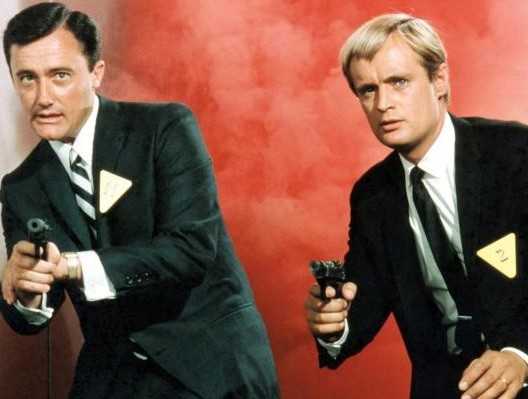 HAVE YOU HEARD: Aristocrats drop price on Village condo; Man From U.N.C.L.E home set for auction

It has an entry foyer, step-down living room and windowed kitchen and bathroom. The building at 299 West 12th Street is across from Abingdon Square Park and close to Hudson River Park
American-born Lady Dawn lived in the neighborhood growing up, but spends most of her time these days in England, splitting her time between London and her husband’s family home, Woburn Abbey, located on a Bedfordshire that’s so big it has its own safari park.
The couple, who married in 2005 and have two children, purchased their Village pad for $1.47 million in 2011 .

A Gilded Age estate in Ridgefield, CT, is set to go under the auctioneer’s hammer.
Platinum Luxury Auctions will sell the seven-acre Sunset Hall that was built in 1912 by banker James Stoker (U.S. Ambassador, banker and active supporter of the YMCA) during a live auction May 19.
The 10 bedroom, eight bath mansion has been home to the brother of Harry Houdini, Brooklyn beer baron Samuel Rubel and Man from U.N.C.L.E. actor Robert Vaughn.
As well as the nearly 12,000 s/f main house, Sunset Hall has a guest gouse, tennis court, heated pool and terrace, nine fireplaces, a marble-floored 50-ft ballroom and 22 rooms ranging from a gourmet kitchen to an enclosed sunroom.
Listed on the National Register of Historic Places since 1984, the property previously listed for $5.75 million, but now be offered without reserve at the auction.

ACTOR Chris Rock is selling his Brooklyn carriage house (pictured left).
The three bedroom, 2.5-bath home was originally built in 1901 and has been upgraded with a modern kitchen, 23 ft. master suite with a walk-in closet, patio with built-in barbecue and decked roof terrace.
The three-story house on Waverly Avenue in Clinton Hill aslo has a full laundry room, central A/Cand a two-car garage.
Rock bought the house in the 1990s when he was newly famous and starring in Saturday Night Live but has rented it out for several years.
Ann Cutbill Lenane of Douglas Elliman has listed it at $3.85 million.