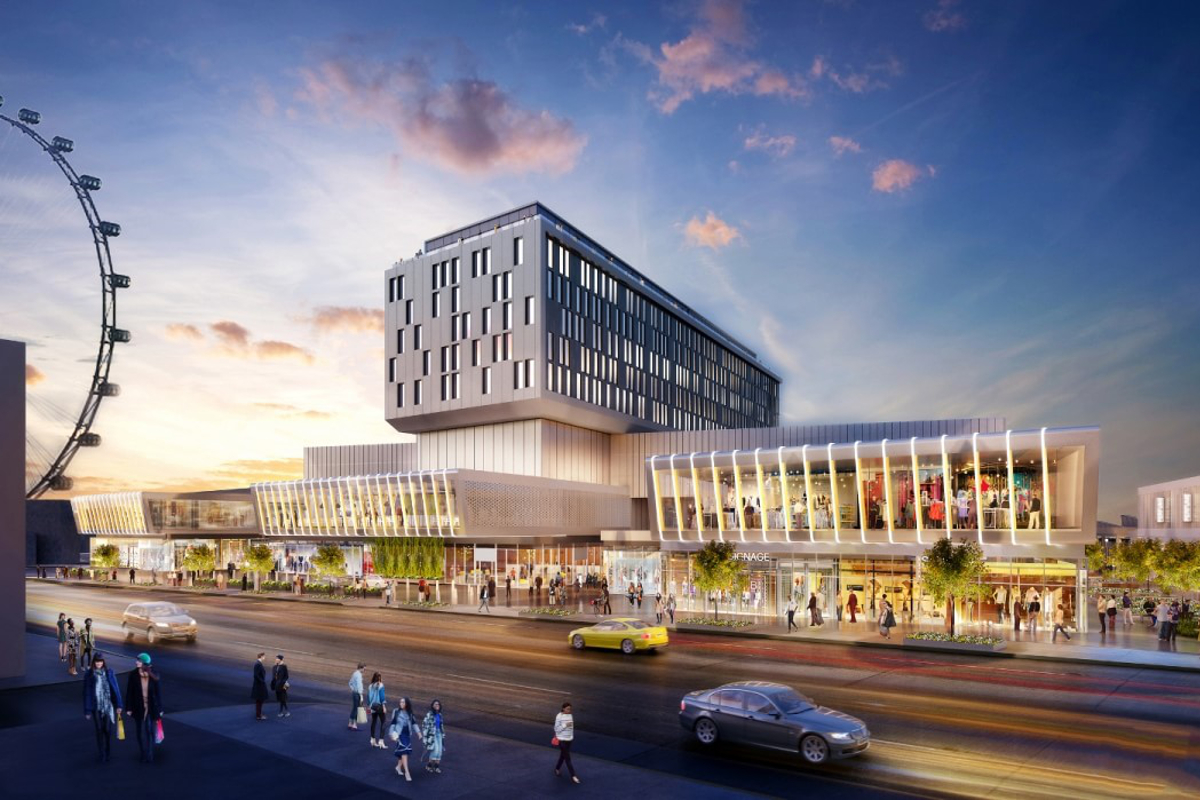 Retail has always been about the new and wonderful; styles, tastes and the experience of how we shop are what excites. New locations and new ways of doing things keep everyone on their toes.

Read on for what’s being newly built in St. George, Staten Island, and new ways to think about bricks vs. clicks as complements rather substitutes as omnichannel carries the day.

Staten Island is going luxe. A billion dollar transformation is underway on the waterfront in St. George, where you’ll soon see a rival to Jersey City and Long Island City, but with the most impressive views of the Statue of Liberty and Manhattan.

That view is now going to be 60-stories up, thanks to the $500 million New York Wheel, which will be the world’s tallest Ferris Wheel, with three-dozen pods for up to 40 people each, as well as a full bar car and one for fine dining. The Wheel’s Terminal Building is its own 100,000 s/f retail, restaurants, and exhibition space, featuring a 5-acre green roof, great lawn, playground, and pedestrian walkways with sweeping views of the waterfront.

Around the corner, the $200 million, multi-phase Lighthouse Point Development is going up along Bay Street. Plus, Pier 1, St. George’s 775-feet-long public space, is being turned into a recreational area with a marina, in addition to the 90-nights of live entertainment being programmed at the $29 million Richmond County Bank Ballpark, when the Staten Island Yankees aren’t playing at home.

Today, the Terminal features floor-to-ceiling glass windows and has become a tourist destination on its own. Add that to New York City’s new fleet of 20 ferries, calling at Williamsburg, Long Island City, Astoria and as far off as Redhook, and our waterways are going to start feeling Venetian.

The $350 million Empire Outlets development, in St. George, will be the jewel of the crown.

The vision of owner BFC Partners was to bring the 100+ stores shoppers are clamoring for, plus dozens of new food concepts, to create a shopping destination for the 75,000 people who come through daily on the Staten Island Ferry, creating a place for residents, commuters and the 6,000 daily tourists who come for the views.

Add onto that the throngs who will be attracted to the New York Wheel, which will be the tallest in the world when it opens at 630 feet, twice the height of the Statue of Liberty.

Empire Outlets will be the only luxury outlet center for New York City, and modeled after the successful examples in Europe, with a closely curated selection of global luxury brands on top of all the great American names.

So far, the development has signed its anchors and national mainstays, including a new large-footprint concept from Nike, Nordstrom Rack, H & M, Banana Republic, Gap Factory, Columbia Sportswear, and Toys ‘R’ Us. The next phase has begun, marketing to the luxury brands, with Dennis Basso and Jewelers On Fifth already signing up.

The 350,000 s/f shopping mall will have a 20,000 s/f event space and 40,000 s/f of dining, featuring an artisan food and beverage hall by MRKTPL, plus outlets from Manhattan-based concepts – Mighty Quinn’s BBQ,  Two Boots Pizza, and Shake Shack by Danny Meyer, his first on Staten Island, plus Wasabi Steak and Sushi in its first New York location.

The city of St. George is changing, in terms of this new built environment, but also the culture; besides the St. George Theater and the Snug Harbor Culture Center downtown, there’s now College of Staten Island’s Technology Incubator, the new LaunchPads co-working space, and the former Department of Health building will re-open as a new media and tech center. Whole blocks are going high-rise and the density and mix are beyond impressive.

Omnichannel Retail is also catching fire. Rather than try to replace physical stores with e-commerce, what’s actually happening is the best of both worlds.

Shoppers like to be fully informed, doing their homework online before walking into a store to be ready to buy, or at least ready to touch and feel. The best retailers are open to expanding how they integrate technology, using social media to catch eyeballs, leading back to fully-formed websites, then coming full circle with in-store special appearances and reasons to come in.

We are also now seeing reversals in clicks-to-bricks and back again, with Amazon and EBay opening their own physical stores. Why? because no matter how much business you do online, touching, feeling, experience and wonder are part of why we love shopping, and there’s no better place to do that in the store.

Fashion brands are leading the way in transitioning from pureplay e-tail to omnichannel retail.

Traditional retailers are finding that e-commerce grows around physical stores, with the store being the best brand ambassador, encouraging follow-on purchases once customers get home.