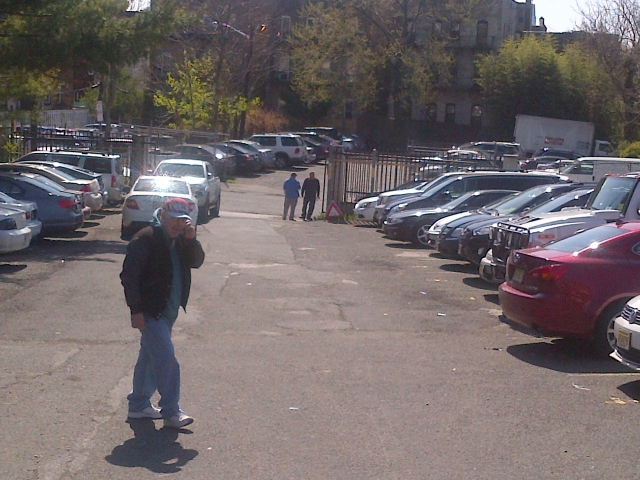 HAP gets in on Jersey City redevelopment action

The transformation of Jersey City’s Journal Square took another step forward today (Wednesday) when HAP Investments LLC announced it is in contract to buy a nearly one-acre site at 500 Summit Avenue where it will build a high rise apartment building, offices and retail.

“We are excited to have purchased this strategic site in Jersey City and look forward to building a future development that will provide new rental housing for local residents as well as others in the Metropolitan area, in addition to adding needed office and community facilities to this thriving urban location. HAP Investments is also committed to sound environmental development, and to creating an open urban green space environment for this project,”  said Eran Polack, CEO, HAP Investments.

According to the Wall Street Journal, the  New York based investment and development company paid $28 million for the site, currently occupied by a parking lot.

The proposed tower, to be known as HAP Tower, will have views of Manhattan from a majority of the floors. The site can accommodate a 42-story rental building with commercial office and community facility space. The anticipated cost of the one million square foot development is estimated to be $400 million, according to HAP..

Further details of development plans have not yet been announced, but Jersey City Mayor  Steven M. Fulop is delighted nonetheless.

“Our administration has made the redevelopment of Journal Square a priority and we are pleased to welcome this 42-story residential tower to the substantial projects just underway on the Square,” said the Mayor. “HAP Investments’ announcement is further affirmation that our policies are working to attract such significant development.”

The City has approved an ambitious redevelopment plan for the area long considered the poor relation of its glitzier downtown, where luxury towers and office buildings hug the Gold Coast and drive a micro-economy of gourmet markets, daycare and restaurants and  big names such as Trump, LeFrak and Mack-Cali have driven a development boom.

Journal Square 2060 sets out a 50-year schedule of new building as the area plays catch-up to its downtown. The plan calls for buildings concentrated around the PATH Station reaching heights over 60 stories.

Early investors include Kushner Real Estate, which is planning three towers set as high as 85-stories on a site within the PATH Plaza that will include open space, a dog run, new restaurants and retail.

The project is being undertaken by MEPT Journal Square Urban Renewal, LLC – a partnership between the Multi-Employer Property Trust based in Bethesda, Md., a national real estate equity fund that invests union pension funds; Harwood Properties, based in Jersey City; and the Fairfield, Conn.-headquartered Becker + Becker, an architectural, planning, preservation and development firm.

The plan has been on ice since its approval, although the recent investment activity in Journal Square could revive it.