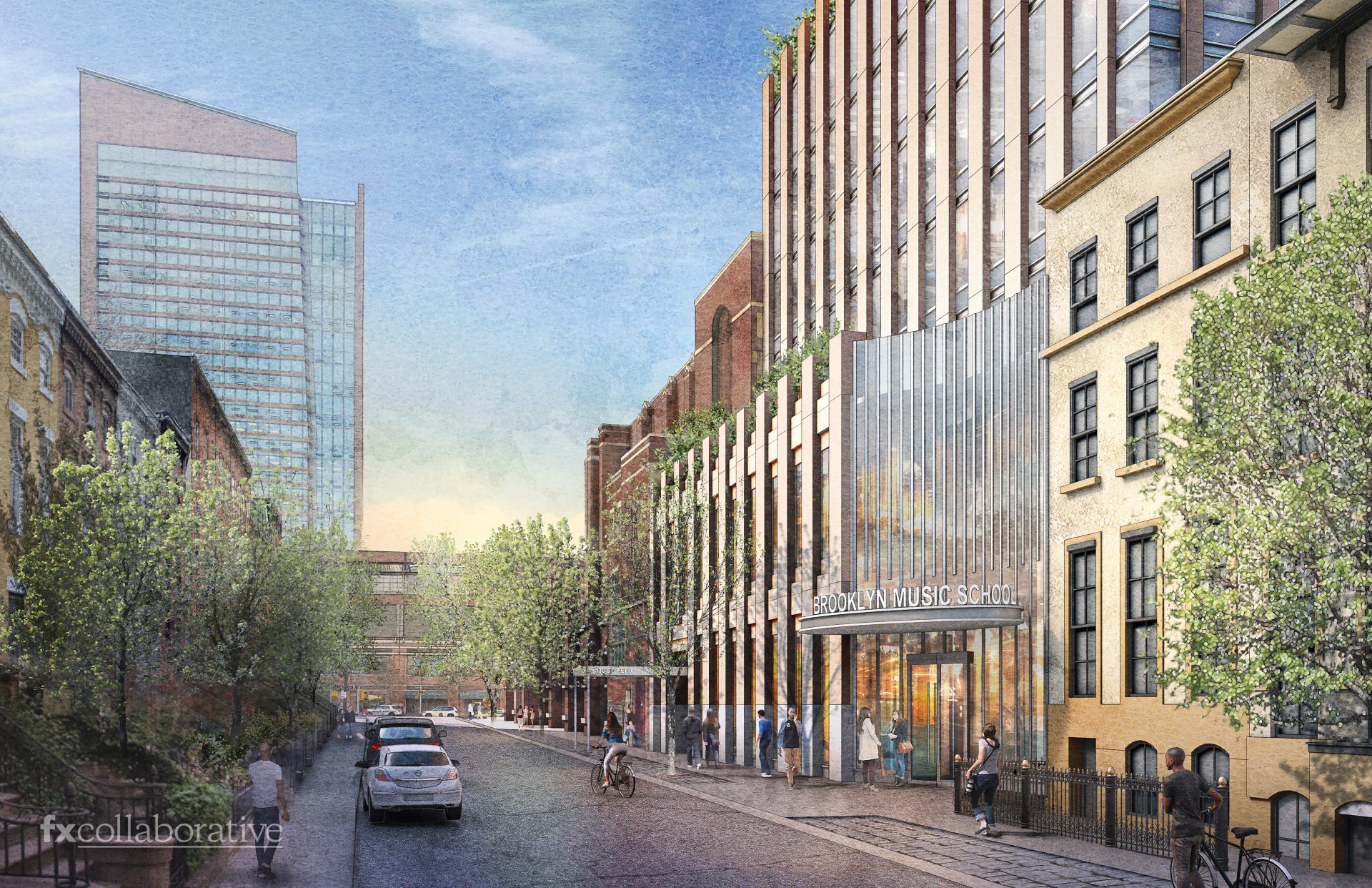 Brooklyn Music School (BMS) and the Gotham Organization announced plans to build a new, 20,000 s/f state-of-the-art facility for BMS as part of a 167,000 s/f mixed-use development in the Downtown Brooklyn Cultural District.

The plans expand the BMS headquarters by 20,000 s/f adjacent to its existing facility, allowing the celebrated cultural institution to meet its consistently growing demand from students of all ages, incomes and experience.

Along with expanding BMS’ facility, the proposal calls for the creation of 120 new homeownership residential units. Thirty percent of the residences (approximately 36 units) will provide the opportunity for moderate-income affordable homeownership in a historic district.

The permanently affordable homes will be available to households earning a range of incomes from 70-100 percent of the metropolitan area median income.

The balance of the units will be market rate, which will subsidize the ability to provide moderate-income homes without the need for public capital.

In the midst of an affordable housing crisis, the opportunity for those of moderate income to buy in the Brooklyn submarket, which is burdened with a high cost of entry, addresses disparities of opportunities in the housing market, and removes a steep barrier to building homeowner equity.

Gotham says their residences will be family-oriented, with unit sizes and distributions catering to families so that they can grow and put down roots in the local community, rather than exhausting income on rent.

The 24-story building designed by FXCollaborative will fill in a currently empty lot and architecturally blend with the surrounding community. The building’s massing, along with its Neo-Romanesque design, was designed to create a transition between the church and the tower on adjacent lots.

The project’s facade also creates a direct visual connection to the existing school while providing a new accessible front door with a pattern of vertical windows and palette of light-colored brick and limestone.

“Public private partnerships, like this one, help create opportunities that directly benefit the neighborhood and its residents,” said Bryan Kelly, Executive Vice President of Gotham Organization.

“Not only will BMS be able to serve more of the community in more ways, this plan gives New Yorkers of moderate income means the security of establishing a long-term home and the ability to generate equity.”