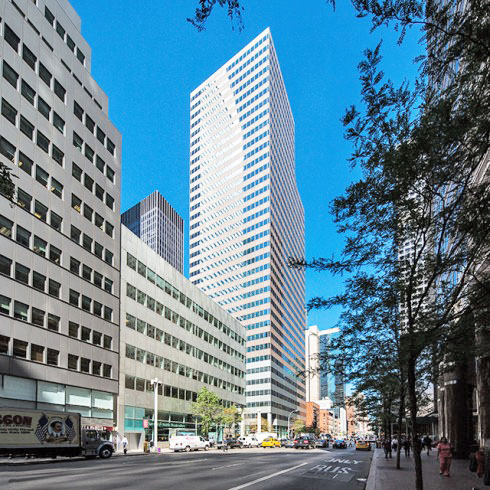 Goldman Sachs has signed a lease renewal for 30,000 s/f at Paramount Group’s 900 Third Avenue in Midtown.

The deal was announced by Paramount President and CEO Albert Behler during an earnings call last week. ““During the past quarter, at 900 Third Avenue, Goldman Sachs renewed 30,000 square feet with us. We view the Goldman renewal as a testament to the quality of our building in addition to the continued appeal that the Third Avenue market provides,” he said.

The property is a 36-story tower located between East 54th and 55th Street. Paramount bought the building from JEMB Realty for $164.8 million in 1999. The firm then sold a 49 percent stake in the property to ING Office Fund in 2003. Nine years later, Paramount bought back the ownership interest for $172.7 million. That deal valued the building at $352.5 million.

According to a report from RE Alert last March, Paramount Group is again shopping a 49 percent stake in the property. The company expects to sell the ownership interest for as high as $500 million.