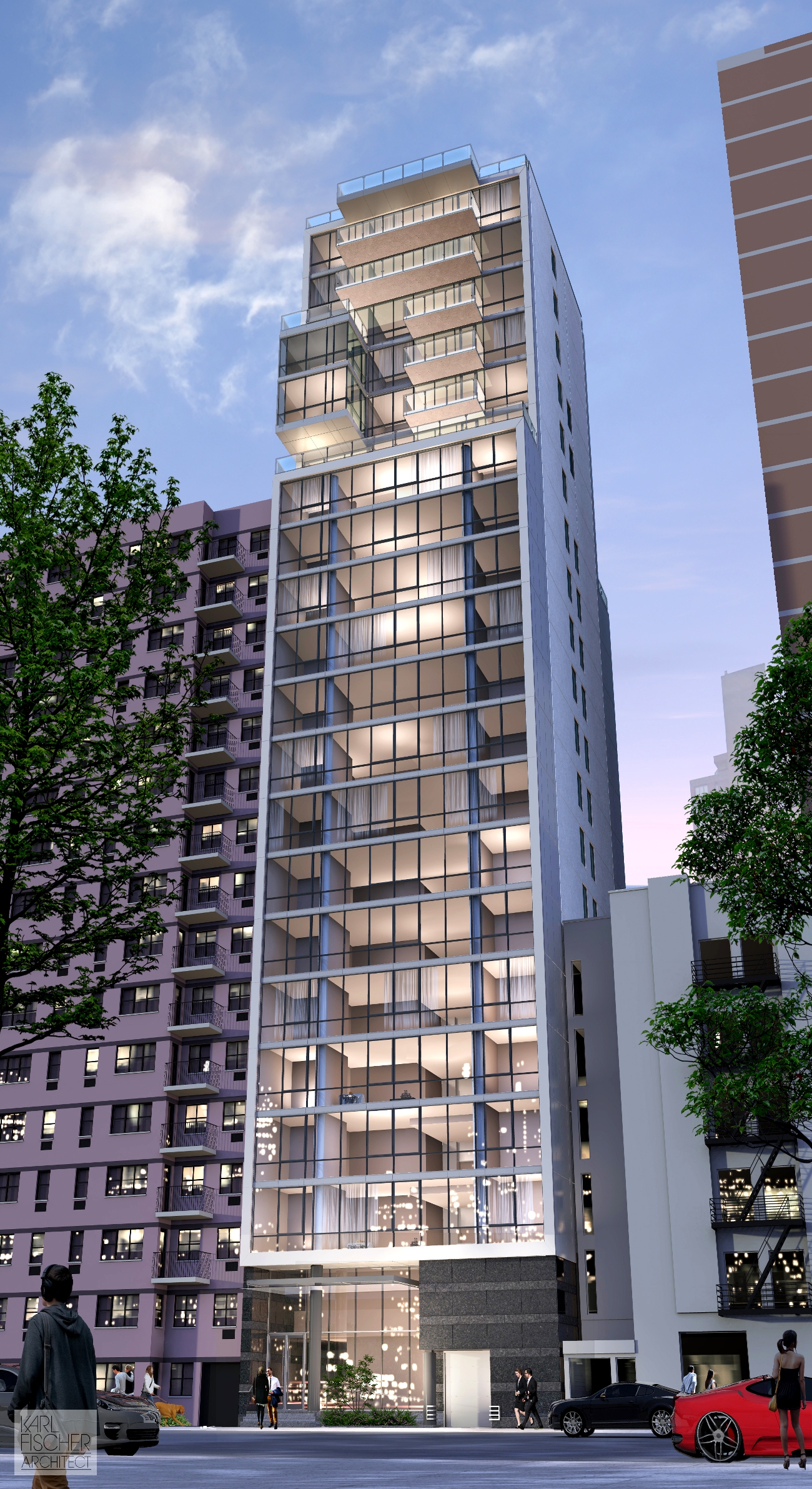 Go-getter Brody has it all figured out

Brody heads up the development division of the company, which handles construction management, general contracting, and real estate development.

The company has just begun demolition at 302 East 96thStreet, where Brody and partner Joseph Klaynberg will develop a 48-unit “affordable luxury” condo building just off Second Avenue, near the FDR.
WonderWorks recently developed a luxury condo building in South Williamsburg called the Oosten, and 540 West, another condo building in Hell’s Kitchen.

Two more projects in the pipeline will be designed by famed architect Morris Adjami and Paik Architecture.

Brody, a Brooklyn native, got the entrepreneurial itch as a student at the University of Wisconsin-Madison, where he started writing business plans while still an undergraduate. He started a business delivering water, and helping move-in students during their freshman year.

When he returned to his hometown of New York City, he began working in the fitness industry at a chain of gyms.

He started as a personal trainer at Equinox and worked his way to become general manager – at the age of 21. It was the business aspects of the industry that he cared about the most — learning as much as he could, raising money, and taking risks so he could eventually start his own business.

“I realized then it was better to own real estate than to own the business within it,” Brody told Broker’s Weekly. “I was working 70 hours a week for someone else, and I realized that the guy who owns real estate is really the one making the money.”

After some soul-searching about what he really enjoyed, what was important to him, and what kind of career would be conducive to that, he spoke with his father, who told him to look at real estate.
“I was always the doer, I wasn’t a dreamer,” said Brody. “If it was what I wanted, I researched it and executed it.”

Brody’s father, an architect who has worked in NYC for 40 years, proved to be his greatest mentor in learning the ropes of the real estate industry.

“As a kid, I went to job sites with him, but as a kid I was ADD to the hilt and was probably throwing nails at the wall and causing a ruckus,” Brody joked. “The greatest gift my father gave me was to say ‘Follow me and see what I do. Here’s this exposure, but you’re not going to get a dollar.’”

In 2002, Brody left the fitness industry and started going to school studying construction in Downtown Brooklyn. He called his time in the gym business a “stepping stone” to real estate.

He began a period of shadowing his father at his job and attending construction school four nights a week. He learned how the process of building worked from start to finish.

“It was more about being in the business to learn from the best,” said Brody. “I wanted to have a goal, a smart goal.”

The time spent with his father gave him a “huge advantage.” On weekends, he worked as a broker, leasing spaces and selling apartments. Having grown up in Park Slope, he knew people in the neighborhood and was able to quickly find clients.

He learned about underwriting from a design perspective, the nuances of zoning, met with developers, and he even worked on a multifamily building deal.

“I had a little bit of everything,” he said. That led to a job at Corcoran for several months in new development, followed by starting his own firm, The Brody Group, in 2003.

His company worked in development, represented owners, and consulted on ventures. The firm had modest beginnings, from a balmy basement apartment in Park Slope, but eventually The Brody Group moved into offices near Herald Square.

In 2008, a friend mentioned a developer who was looking for help to develop a residential building in Park Slope. That developer was WonderWorks Construction head Joseph Klaynberg. Brody went on to partner with Klaynberg on the Park Slope project, as well as on The Robyn on 3rd Street in the East Village, a 33-unit rental building.

By then, the market was in the midst of the financial collapse, and it was becoming difficult and expensive to be a developer.

Klaynberg asked Brody to come work for him at WonderWorks for two years.

“He said I will pay you very little, and if after two years you enjoy construction, I’ll make you my partner as well,” recalled Brody. He accepted, and after his two years, the company’s revenue went from $18 million to $100 million.

The firm has its plate full with projects. WonderWorks is collectively building 1.5 million s/f, including two projects for the Amirian Group on 13th Street and 21st Street, a 14-story condo building on 14th Street near the High Line, a loft conversion at 338 Berry Street in Williamsburg, and more projects in the early stages that can’t be announced yet.

Brody and his firm have a goal to build more projects where they are the principals.

“That to me is the smart goal for WonderWorks. I think that the niche moving forward is just that,” said Brody.

And for Brody personally, one of his dreams since starting in the business is to own and build a skyscraper.

“I don’t know exactly what that means to me myself yet,” he said. “Over 40 to 50 stories, that would be a personal goal.”

Brody and his wife moved to Manhattan a few years ago from Brooklyn, and his daughter was born last May.

Reflecting on his career, he credited his father with giving him the best education for the industry. He even got to work on several projects with his dad, hiring him as his architect.

“My first mentor was my father in the business, he taught me everything I knew,” said Brody. “His greatest gift was not paying me. He said I’ll teach you anything you want, but you have to figure out how to make money and survive.”