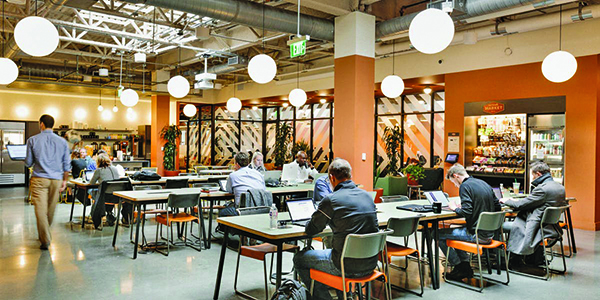 New research from JLL shows that there’s plenty of room for growth in the country’s flexible space market — especially in New York.

According to the analysis, although New York already ranks number one in terms of the amount of flex space inventory across the country — 16 million s/f in total — there are several factors that make the market primed for continued growth.

Among the factors, says the report, are the city’s concentration of freelancers and small businesses — two of the main users of flex space across the nation.

Another factor is the city’s access to capital with major players in co-working and flex space like WeWork, Knotel, Industrious and Convene all looking to carve out even more space.

When it comes to the future of flex space, JLL’s report offers a bullish projection, estimating that total market share will rise from its current five percent to approximately 30 percent of the market by 2030.

“The world’s top companies recognize there is no one-size-fits-all flexible approach, just like there’s no one type of worker,” said Doug Sharp, president of JLL Corporate Solutions, Americas.

“Flexible space options allow workers and teams to select the right space to perform work each day in a location that will help realize their company’s mission and their own ambitions. This is one of the reasons we see so much runway for flex space in U.S. office markets – it addresses several core needs for employers and employees alike.”

For flexible space, the rise to prominence has been rapid. According to JLL, since 2010, inventory for flexible space has grown by an average of 23 percent annually and in 2018 it accounted for two-thirds of the office markets occupancy gains.

According to a recent report by commercial real estate firm CBRE, not everyone is completely sold on flexible space, however.

Analysis shows that offices with more than 40 percent of their property devoted to flex space saw a decline in their cap rate.

The decline, said the report, may be due to a perception that flex space is less stable than traditional office space.