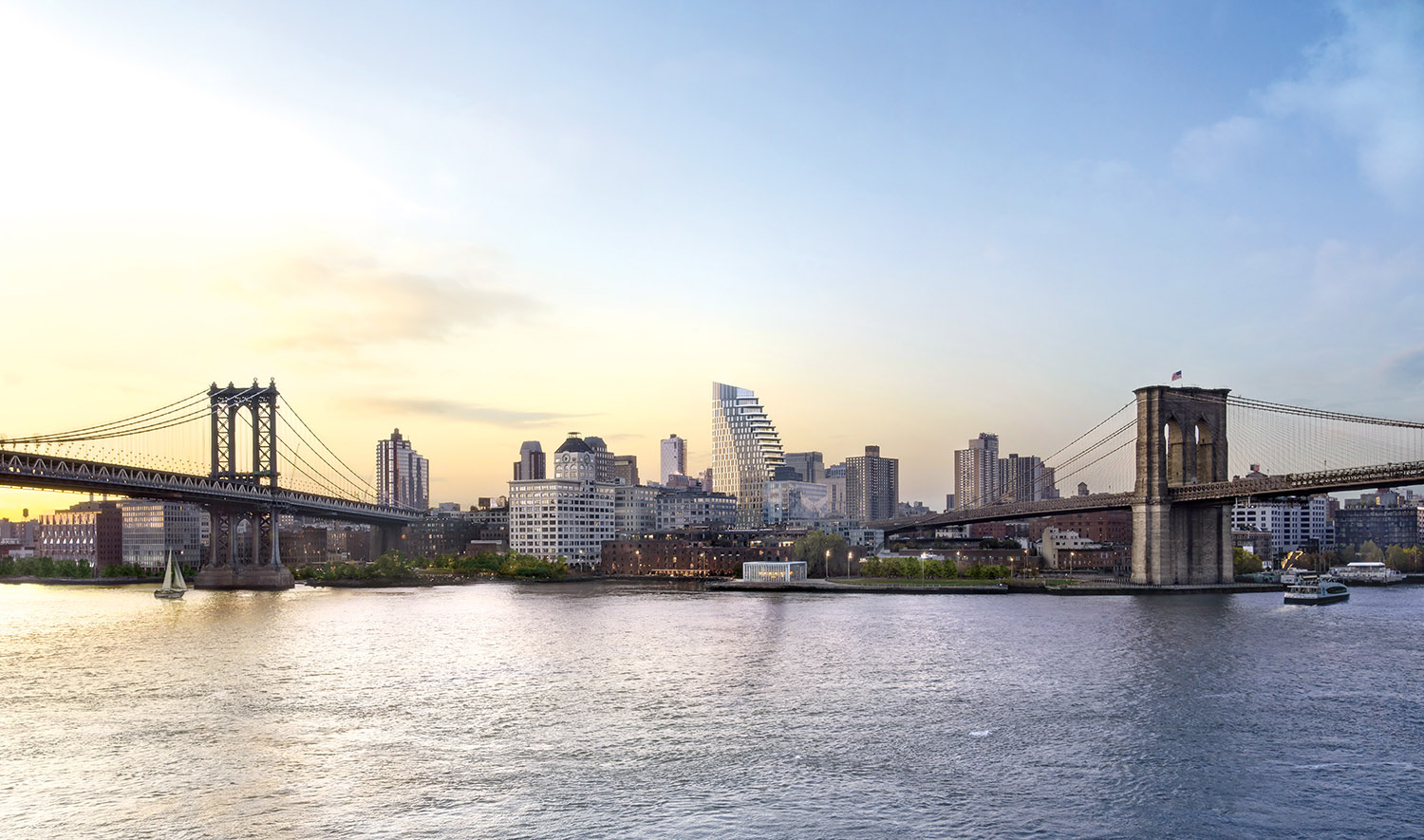 Called Olympia, the 33-story tower will have 38,000 s/f of indoor and outdoor amenities for its 76 residences. The property will feature one to five-bedrooms, plus penthouses, starting at around $1.65 million.

Designed by Hill West with interiors by Workstead, the building’s name is a nod to the history of DUMBO, which was once a village named Olympia. Over time, Olympia became part of the Parish of Brookland; the Township, and then the City of New York.

Fortis acquired the site at 30 Front Street (AKA 1 York Street) from Jehovah’s Witnesses for $91 million in 2018 and last year secured $163 million in funding for the project through Madison Realty Capital.

Fortis broke ground on the development in June 2019 and vertical construction began last summer. Olympia was originally slated for completion later this year, although move-ins are now expected to begin in the summer of 2022.