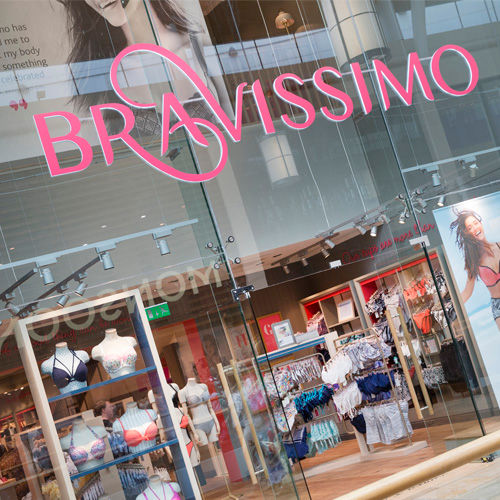 Foreign retailers are finding their way back to New York City as landlords learn to speak their language on rents.

“A variety of brands are entering the market and leasing space, foreign groups from Japan and Italy and Canada and the U.K.,” said Keith DeCoster, retail research director for NKF.

“In prior years the economics didn’t work, but rents have come down, landlords have been more flexible and demand in the U.S. market is strong for some of these retailers. The U.S. market may be stronger in terms of sales and consumer demand.”

Since opening its first location in Flushing in 2018, Teso Life, a store that sells Japanese snacks, drinks, household wares and makeup, has signed a second lease for 11,000 s/f at 1265 Broadway.

According to DeCoster, 2019 was a rebound year for retail in Manhattan, with leasing inching its way up thanks to falling asking rents and flexible terms that encouraged a surge in pop-ups, usually with space being leased by direct-to-consumer brands occupying retail space for the first time.

“It can certainly be a good option for a landlord to do a three- to- six-month pop-up,” said DeCoster. “Some of the build-outs don’t approach (in complexity) what you’d have for a restaurant or a flagship.”

Among domestic companies, the Yard House sports bar chain’s 19,000 s/f lease at 10 Times Square was one of the top ten retail leases in Manhattan for the fourth quarter.

Overall, the dining and beverage sector led leasing, making up 33 percent of deals completed during the fourth quarter of 2019 with apparel making up 22.3 percent of leases.

One neighborhood that did especially well was Madison Avenue between 59th and 86th Streets. Here, asking rents were $802 psf in the fourth quarter, making it the third most expensive corridor in the city behind Fifth Avenue and Times Square.

Availability along Madison has fallen in recent quarters and, even with the closure of Barney’s 260,000 s/f flagship which new owner, Authentic Brand Group, has said it will turn into a pop-up incubator of sorts with one entire floor dedicated to the concept.

Over the past few quarters, tenants flocking to the avenue include Monique L’Huillier, A Bathing Ape and Balmain.

Meanwhile, Giorgio Armani announced plans to reposition its flagship store at 760 Madison, converting the upper floors to 19 luxury apartments with interiors designed by the brandwith a new Armani boutique.

Fifth Avenue had the highest asking rents for the quarter at $1,775 psf on Fifth Avenue, followed by $941 in Times Square and $803 on Madison Avenue.

Availability rates around Manhattan remained nearly the same, increasing only slightly (20.8 percent up from 20.4). Asking rents went up slightly ($379 up from $353), which the report suggests is due to tenants scooping up “value-play” spaces.

Options for space increased with two very large spaces, the one million s/f shops at Hudson Yards and Nordstrom’s 320,000 s/f store across seven stories. Other new spaces still under construction include 240,000 s/f at Manhattan West on the far West Side and 450,000 s/f at Essex Crossing in the Lower East Side. Whole Foods, Peloton and a Danny Meyer restaurant are already committed to Manhattan West while the Essex Street Market will eventually house 100 vendors, including Doughnut Plant and The Pickle Guys.

Throughout all of 2019 there was a total of 2.8 million s/f of retail space leased, up from 2.7 million s/f the year before.