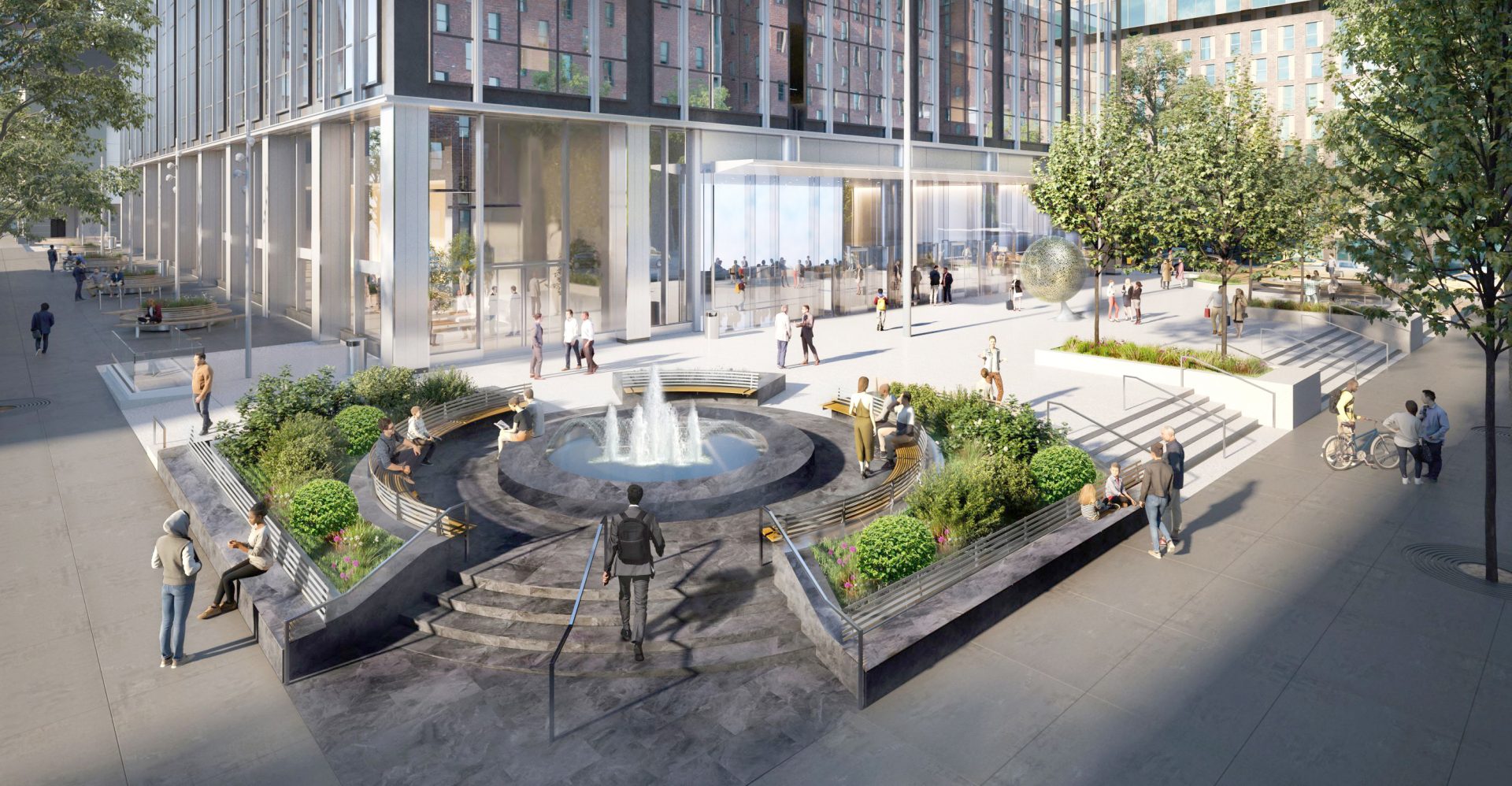 Fisher Brothers has reached an agreement with the popular café chain Blue Bottle Coffee, which will become the third major food and beverage brand to open a new location at the base of 1345 Avenue of the Americas in Midtown.

Founded in Oakland, California in 2002, Blue Bottle has grown to become a network of cafés in ten cities in the United States, Japan and Korea.

Under the 15-year lease, Blue Bottle will encompass 953 s/f of retail space at the base of the tower beginning in the fourth quarter of 2019.

“At 1345 Avenue of the Americas, we are focusing a lot of energy on improving our tenants’ experience,” said Fisher Brothers Partner Ken Fisher.

“We created a bigger, more inviting lobby and entrance. We are reinventing our outdoor plazas with comfortable new seating and plantings inspired by nearby Central Park. And we are filling our storefronts with popular food and beverage options, such as Blue Bottle, that will serve as attractive new amenities for our tenants and their guests.”

Fisher Brothers is currently undertaking an transformation of its outdoor plazas that wrap around the entire building.

Working with SOM, Fisher Brothers is producing a more modern and dynamic entry to the tower, highlighted by granite sidewalks, new fountains with seating and lush landscaping.

In addition to the plaza redesign, Fisher Brothers has expanded the building entrance, created a new, light-filled lobby and modernized the building’s elevator system.

The firm is also in the process of building a amenity center designed by the Rockwell Group that will incorporate a fitness facility, full service conference and event center, common areas, game room and barista-serviced café.

Blue Bottle was represented by Mark Frankel, Jeffery Roseman and Drew Weiss of Newmark Knight Frank. Fisher Brothers was represented in-house by Marc S. Packman and Clark Briffel, as well as by Eric Gelber and Jordan Kaplan of CBRE.