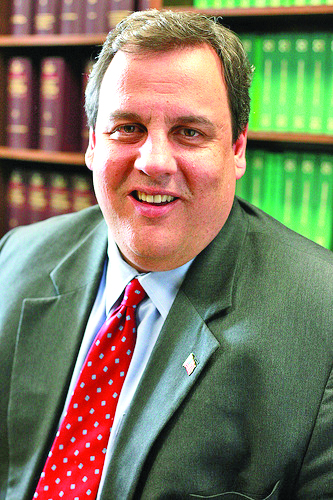 Many wish for the newest gadget or hottest item during the holiday season. Unfortunately, most of the presents will not be nearly as nice as those the New Jersey Economic Development Authority (NJEDA) handed out to some of New Jersey’s top employers.

According to a report from Cassidy Turley’s New Jersey offices, the NJEDA, which is responsible for administering Grow NJ, one of the state’s incentives programs, doled out more than $1.4 billion in tax incentives to 71 companies in the past 12 months.

But not just anyone receives gifts from the NJEDA. To do so a company’s proposed transaction must be: located in a qualified area; be in need of financial support; and, demonstrate that the award is crucial to the applicant’s decision to remain in, or relocate to, New Jersey.

It seems as though the NJEDA has a soft spot for financial services. The eight financial services and insurance companies that made NJEDA’s “Nice List” this year received a total of almost $334 million in tax incentives, an average of more than $40 million per project – by far the highest for an industry with more than one approved project.

For banking giant JP Morgan Chase, the Authority pulled a $224 million award out of its sack to relocate 3,500 jobs to the Hudson Waterfront in Jersey City.
For a project located on the state’s other Waterfront, it was Christmas in July.

Holtec International – a Marlton-based energy company – proposed to build state-of-the-art manufacturing and research facilities on the Camden Waterfront and was approved for $260 million in tax credits at the NJEDA’s July Meeting, the largest award of the season. The project promises to relocate (from Marlton) 160 jobs and create more than 235 new jobs in Camden.

Holtec was the only energy company to receive a ‘gift’ from the NJEDA, but it was enough to put the energy industry in the top five industries alongside financial services, manufacturing, consumer goods and entertainment/media.

Lockheed Martin’s $107 million award was the third-largest single award behind Holtec and JP Morgan and was the only project from the Defense & Aerospace industry, the 6th largest industry by award total.

Hudson is number one in terms of approved projects. The Northern New Jersey county was home to 19 projects that received more than $500 million from the NJEDA.