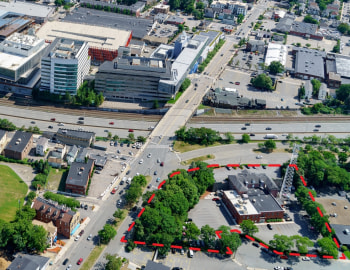 JLL Capital Markets announced that it completed the $32.5 million sale of 360-370 Fulton Street, a commercial development site with up to 171,180 buildable square feet in Downtown Brooklyn’s Fulton Mall shopping district.

JLL represented the Modell Family and Weinstein Enterprises Inc. in the sale of the property to The Feil Organization.

The site offers more than 104 feet of retail frontage positioned at the intersection of at Fulton and Jay Streets, a location that sees more than 11,000 daily pedestrians.

The development site has connectivity to transportation with multiple subway stations serviced by nine subway lines located within three blocks. 360-370 Fulton St. is one block from the Jay St-Metro Tech A, C and F subway station; two blocks from Hoyt Street 2 and 3; two blocks from the Borough Hall 4 and 5; and three blocks from the Fulton Street and Lafayette Avenue stations A, C and G trains. The property is 10 minutes to the LIRR and less than 10 minutes from Wall Street in Lower Manhattan.