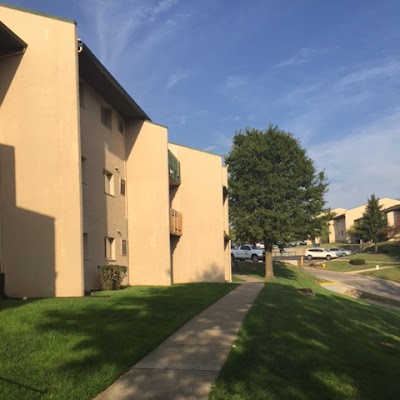 New York-based Fairstead has closed on the $16.5 million acquisition of a 200-unit affordable housing property in Covington, Kentucky.

The company secured $26 million in tax exempt bonds and more than $1.5 million in Low Income Housing Tax Credits from the Kentucky Housing Association to preserve the units at Cambridge Square as affordable.

Fairstead said it will invest $12 million to renovate and modernize the eight two-story buildings that make up the complex.

“The revitalization of Cambridge Square is a perfect example of how public-private partnerships can help cities modernize and protect their aging affordable housing assets,” said Bobby Byrd, Senior Vice President of Acquisitions & Development at Fairstead.

“Fairstead believes everyone, regardless of income level, deserves a great home and I want to thank the Kentucky Housing Corporation and Mayor Joseph Meyer for sharing in this belief and helping to reimagine Cambridge Square. Approaching affordable housing neighborhoods with a community-first mindset ensures residents will have affordable housing that not only meets their needs but enhances their overall quality-of-life.”

Originally built in 1979, Cambridge Square comprises 60 one-bedroom, 100 two-bedroom and 40 three-bedroom units all of which serve low-income residents and families in the Covington area.

Fairstead plans to replace floors, bathrooms and lighting fixtures in every apartment, and install new kitchen fixtures and appliances, including microwaves. The plan also looks to address new windows, façade improvements, and HVAC systems as well as new roofs and hot water heaters.

Improvements will also be made to the community room, playground, and leasing office, along with overall design upgrades to enhance the look and feel of the neighborhood.

“All families deserve to live in a place they’re proud to call ‘home,’” said Covington Mayor, Joe Meyer. “We’re thrilled that Fairstead is investing money and energy into updating the Cambridge Square complex in Covington to elevate its status as an attractive, modern, safe, and affordable community that contributes to the quality of life of our residents.”

The Low-Income Housing Tax Credit (LIHTC) subsidizes the acquisition, construction, and rehabilitation of affordable rental housing for low- and moderate-income tenants. It was enacted as part of the 1986 Tax Reform Act and has supported the construction or rehabilitation of about 110,000 affordable rental units each year, over two million units in all since its inception.