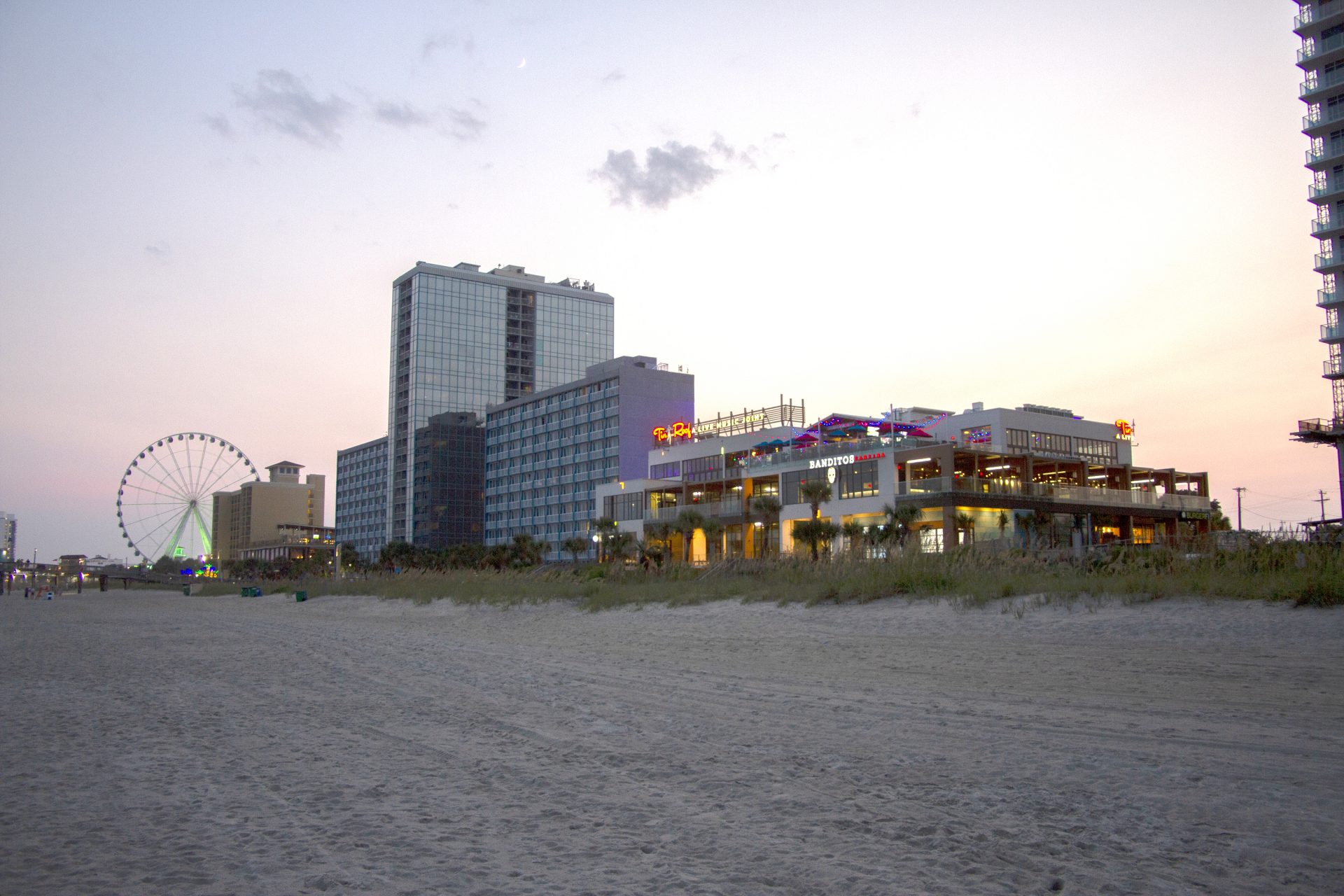 THEBlvd is a 42,000 s/f development unique to the vacation town’s boardwalk at 1410 North Ocean Boulevard.

Developed by Land South of MB, LLC, its three-stories were fully NNN leased to tenants including live music venue Tin Roof Myrtle Beach, Bandito’s Restaurant and Cantina, and American Resort Management ahead of the completion of construction last year.

The property has since been recognized for its contribution to the economic development of the beachside community, earning an award from the Grant Center for Real Estate and Economics at Coastal Carolina University.

“We are thrilled to be able to come full circle with such a tremendous project, after arranging predevelopment, development and subsequent bridge debt for the seller,” said David Eyzenberg, president of Eyzenberg & Company, who has served as exclusive financial advisor to the seller since the project’s conception.

“Land South created a unique amenity in an exceptional location, using state-of-the-art construction and offering substantial public parking right at the heart of Myrtle Beach. We are confident the new owners will continue to benefit from the ongoing revival of the boardwalk and its position as a national favorite.”

Marcus & Millichap net lease investment specialist Judson Kauffman in the New York office represented the seller of the property, which is located at the northern end of the boardwalk near the popular SkyWheel in an area the local city council has been working to revive with a series of modern new developments.

Plans have been approved for a mixed-use complex called the Gateway Galleria, a $20 million project that will include a four-story 75,000 s/f property with over 40 visitor condos and a ground floor filled with restaurants, fitness and retail. Also nearby, a new Marriott-branded resort hotel managed by local Brittain Resorts & Hotels is coming to 21st Avenue North, while Strand Capital Group collaborated with Hilton Grand Vacations to build a new 330-room hotel at 1600 North Ocean Boulevard and a new Residence Inn Marriott opened on 26th Avenue South Ocean Boulevard.

Added Eyzenberg, “THEBlvd satisfies an immediate market need by providing highly desired amenities and entertainment to the neighboring hotels that do not provide such services.

“The prime location of the multi-story entertainment complex, with heavy foot traffic from the beach, the boardwalk and Ocean Boulevard, will allow the new owner to capitalize on the long-term appeal of Myrtle Beach as one of the top vacation destinations in the U.S.”