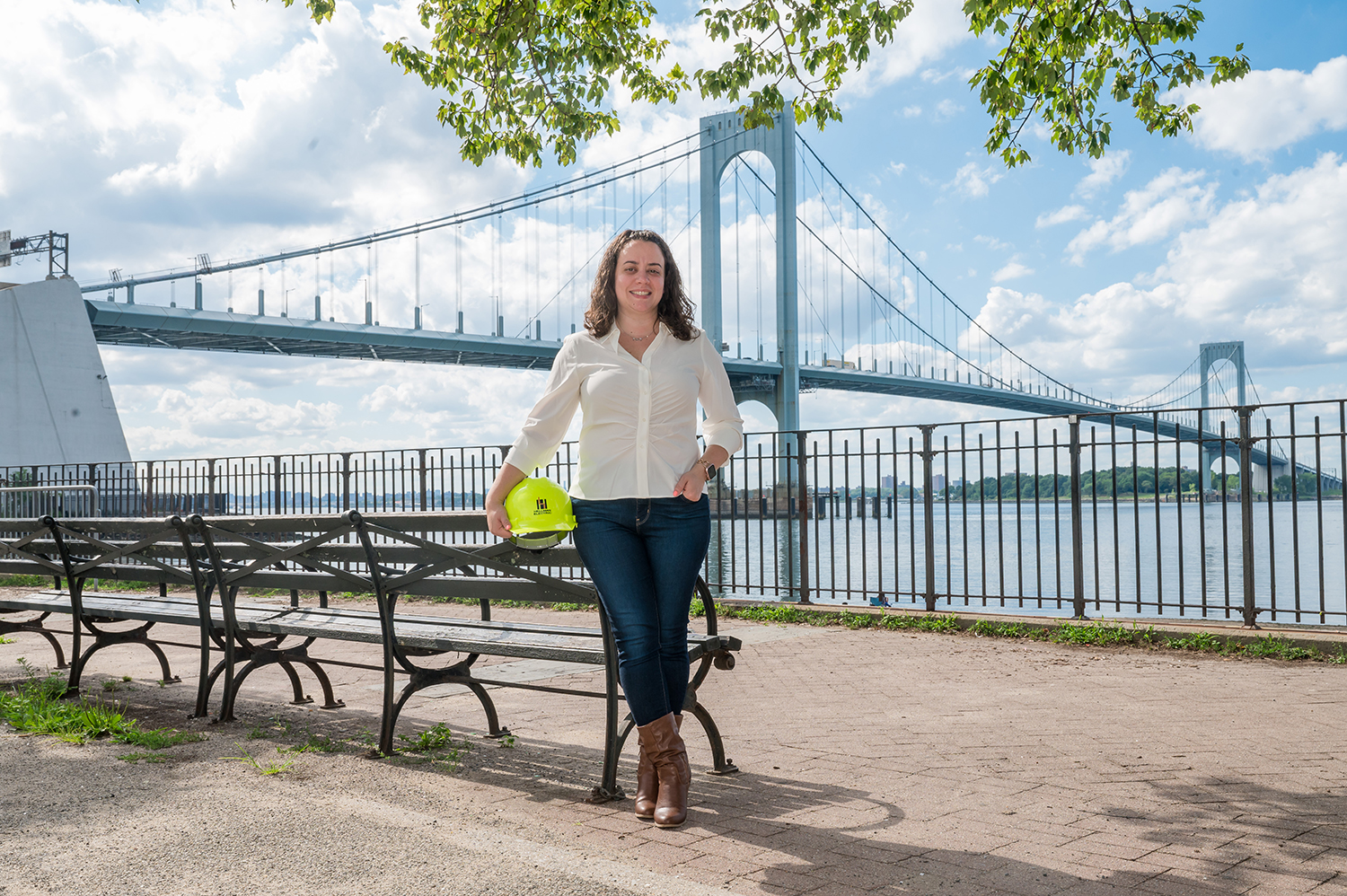 Hellman Electric, a subsidiary of Electra USA, is pleased to highlight Allison Lopez, Project Accountant, Hellman Electric. Allison joined Hellman in July 2017 as an Accounting Clerk. At the time, she had no experience in the contracting and construction industry. Allison started by learning the basics, such as entering invoices, requesting certificates of insurance for new jobs, and conducting data entry. The following year she was given the opportunity to become a Junior Project Accountant and started to learn more about the operational end of the business.

Allison managed projects from the accounting side – analyzing accounting items such as profit, billing, labor budgets, and cash flow. In April 2019 she was promoted to Field Office Engineer for the Whitestone/RFK Bridges project. This was a new position at the company that was created due to the nature and size of the $74 million contract. This opportunity exposed Allison to so many new areas. She worked with over 20 subcontractors, and was involved with minority participation, compliance requirements, monthly billing, and in-depth project analysis. The experience Allison garnered over those 2 years led to her promotion to Project Accountant. In March 2020 Allison’s responsibilities included project accounting for the Heavy Construction Division as well as the Interiors Division. Most recently, she was given an opportunity to work as an Assistant Project Manager for Hellman’s new traffic signal maintenance project.

When reflecting on her most significant achievement, Allison believes raising her 16-year-old daughter as a single mom is her greatest achievement. Professionally, Allison believes her most significant achievement has been how quickly she moved up in Hellman. She went from an entry-level position to Junior Project Accountant within one year. Allison’s work on the Whitestone/RFK Bridges was the most rewarding and significant turning point in her career at the company. It was her first opportunity to be onsite and to experience, first-hand, the construction process from start to finish. The project exposed Allison to so many different aspects of construction, which has only increased her appetite to learn even more.

Allison firmly believes that it is so important to know that you can never know everything. There is always more to learn, and you can always improve. With that mindset, there’s no way you can fail.

Allison has learned so much over these last five years. She is so thankful for having been given the opportunity to succeed in each of these roles and is excited to see what her future holds. There is still so much to learn and do, including assuming project management responsibilities and gaining exposure to estimating. Allison will accept every challenge and tackle each responsibility as a stepping stone toward her ultimate goal of achieving a managerial position within Electra.