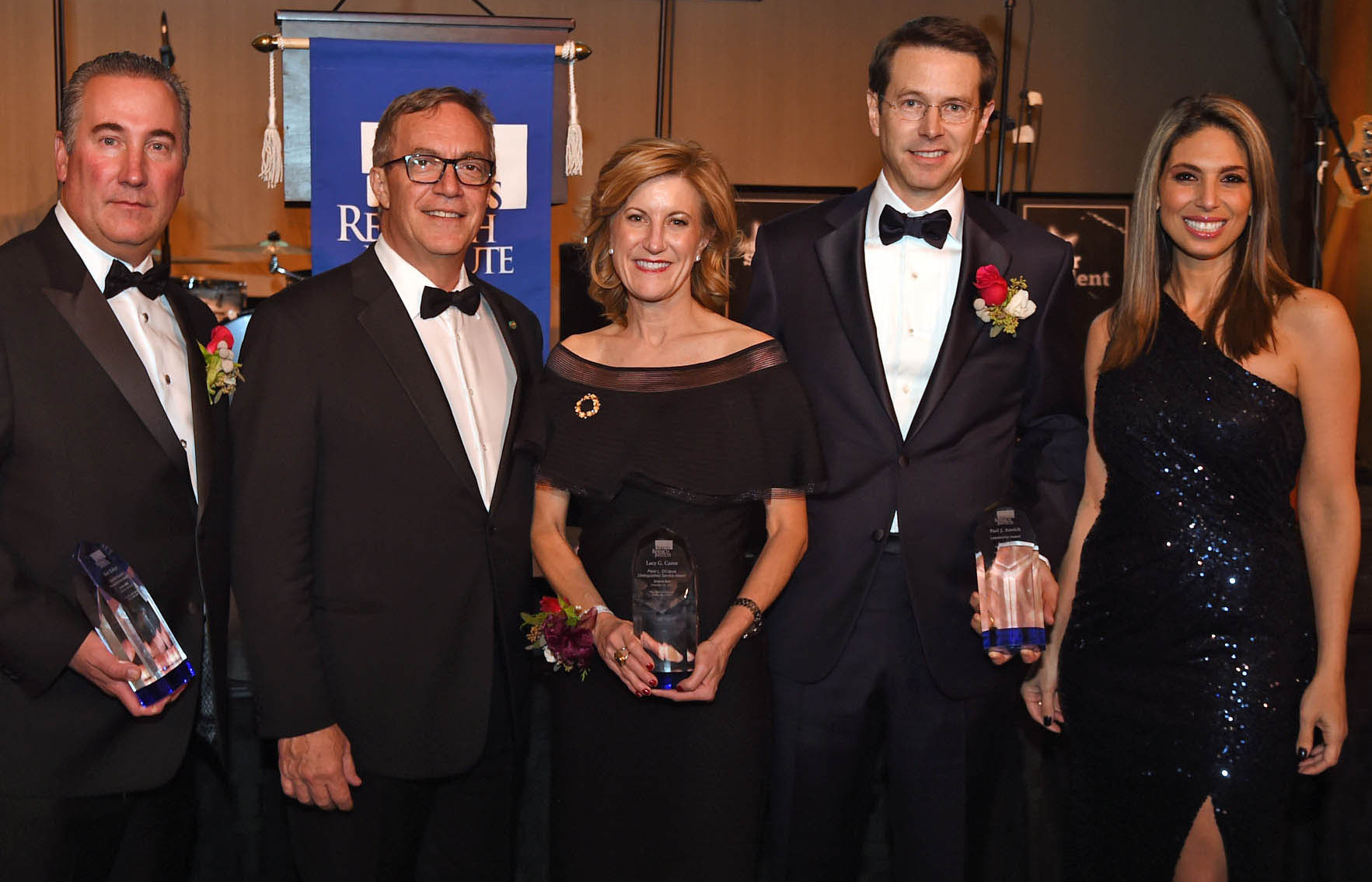 The real estate and construction industries joined together for the 33rd annual Empire Ball on Dec. 14 and raised $1.25 million for the Diabetes Research Institute (DRI) and its mission to find a biological cure for diabetes.

The nearly 1,000 attendees mingled, made deals, heard some passionate speeches, dined and danced­—making it the social and fundraising event of the season to help “Unlock the Cure” for diabetes.

The evening’s emcee, Fox Business Network’s anchor Nicole Petallides, kicked off the program by recognizing all of the events’ generous sponsors with a special mention for Presenting Sponsor, Turner Construction Company. Then, DRIF President and CEO Joshua Rednik thanked the industry crowd for more than three decades of tremendous support and introduced the Empire Ball “Unlock the Cure” video featuring successful islet cell transplant recipients and the honorees touring the DRI at the University of Miami Miller School of Medicine.

Amrich spoke humbly about receiving the award and referred to his recent trip to the DRI in Miami as “eye opening.” After seeing first-hand the work of DRI DirectorDr. Camillo Ricordi and the many other scientists, Amrich said, “It’s as real as it gets and I think there is going to be a cure before most of us think.”

During his speech, Rahm announced to the Empire Ball attendees that the event raised $1.25 million and vowed, “We will find a cure.”

“Many people in this room that I have known for years have approached me to reveal a loved one or close friend that has this disease,” Rahm said. “The dedication to finding a cure versus notoriety by these doctors and scientists is amazing.”

Having spent more than 10 years as a member of the Empire Ball Board of Governors and fundraising efforts, Carter was emotional after receiving the honor and said, “As much as I really appreciate this award, the real reward is getting to work with our team of professionals in the industry toward this cause.”

Attendees also heard uplifting words from Chris Doscas, who has type 1 diabetes and is the son of DRIF National Board Member John Doscas. He specifically acknowledged the young professionals in the room and said how pleased he was to “see people from my generation generally care about something not stemming from social media.”

Doscas introduced islet cell transplant recipient Randi Fibus-Caster, who was diagnosed with type 1 diabetes 54 years ago, and has lived free from insulin therapy since 2010.

“I am living proof that the Diabetes Research Institute is the best hope for a cure,” Fibus-Caster said. “I run forward not only for my own future but to ensure a brighter future for the millions of children and adults that live with diabetes and its complications.”

Since its inception, the annual Empire Ball has raised more than $36 million for diabetes research.  More than 29 million Americans live with diabetes, including as many as 8 million who do not know they have it, making this disease one of the biggest health concerns in the U.S. today.

As the largest and most comprehensive research center dedicated to curing diabetes, the DRI is aggressively working to develop a biological cure by restoring natural insulin production and normalizing blood sugar levels without imposing other risks.