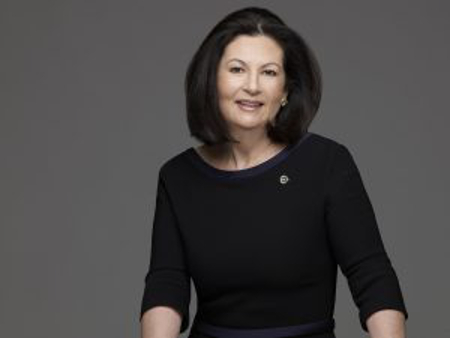 When Ellie Johnson was asked to head up the rollout of Berkshire Hathaway HomeServices into an already crowded and competitive New York City market, she was more than ready.

“I was honored to accept the challenge to create something new from the ground-up in New York City with such an incredible brand,” she said.

For Johnson, timing is everything, and this opportunity was at exactly the right moment for her.

“I believe in doing things methodically and having been in a professional environment for so many years, you learn when things are right,” she said.

It was also a bit of deja vu — before Berkshire Hathaway HomeServices, Johnson was asked to manage the Upper East Side offices of Sotheby’s International Realty, where she spent 11 years.

It was Berkshire Hathaway HomeServices’s merger with Key Ventures, a boutique residential firm that had served the denizens of the Upper East Side for 50 years, that landed the firm in the New York City market.

“I think Key Ventures was just so aligned with our core values,” said Johnson on her company’s decision to merge with the firm. Key Ventures has a reputation for catering to high-net worth buyers and sellers.

Johnson opened Berkshire Hathaway HomeServices doors in January of this year, in the heart of the Plaza District, at 57th Street and Madison Avenue. Since launching with just six staffers, they have grown their numbers to 30, with a few more in the process of joining the firm.

As the head of a residential brokerage owned by one of the world’s richest men, Warren Buffet, Johnson is at the top of her game in a career that has soared ever since she joined the real estate industry.

Originally from El Salvador, her family immigrated to Los Angeles, California when a violent civil war broke out in their home country.

She worked in the hospitality industry for many years, before making the decision to stay home with her children while they were young. When they got older, and she looked to get back into the workforce, she happened to fall into real estate.

“I never intended to become interested in real estate,” she said. “It was just by coincidence, I don’t know how else to describe it. I thought, well if I can sell hotel rooms, I can sell houses. I just figured they were miniature hotels.”

But Johnson said she wasn’t prepared for the emotional challenges involved in residential real estate, in how invested one becomes with clients.

“It’s not a commercial transaction where you are making a business decision,” she said. “Yes, it’s a financial investment, but it’s from a more personal place in residential.”

Her first few years in the business she described as an “emotional rollercoaster,” and compared it to speed dating.

“You meet this family or person and get very close with them, spend a lot of time with them, move into the home with them, and then divorce them and move onto the next client and do it again,” she said.

However, Johnson said she has been fortunate to have developed some close bonds with some of her clients that have lasted over the years through her entire career.

“I think that was the biggest challenge, learning to deal with the emotions, and I think that has to do with personalities,” she said. “I sort of carry my heart on my shoulder.”

By 2000, Johnson was working for Pacific Union, one of the biggest real estate firms in the Bay Area. She had her own team, and was thriving.

“When you start in the trenches, you have that entrepreneurial spirit,” she said.

After the company was acquired by GMAC Financial Services in 2000, she made the big jump from the west coast to the east coast and moved to New York City, where she quickly learned she was the new kid on the block with a lot to learn.

“I was so in awe of the different business practices between west and east that I just started my own company,” she said.

When asked if she was intimidated by behemoths such as Corcoran or Douglas Elliman, she was emphatic. “I wasn’t then, and I’m not now,” she said. “I think everyone has something unique to offer. Some people are attracted to large companies because they offer different kinds of services than a boutique firm.”

The boutique firm she founded in NYC became very successful, and she attributes that to her laser focus on taking care of all the needs of her clients.

Now at the helm of Berkshire Hathaway HomeServices, she is focused on growing and establishing the company in the New York market. “As our agent population grows and we’re out and about doing transactions and interacting in the community, it’s fun to start to be recognized,” said Johnson. “My phone is ringing more often with inquiries from agents considering making changes where they are and joining us.”

While they have received a lot of interest, they have chosen to be very selective in how they grow their numbers.

“I think I have interviewed more than 200 people, and the majority I’ve chosen not to hire,” she said.

“He is interested in profits, but his main interest is reputation and the reputation of his company, and how we protect it and take care of it,” she said. “I took that very, very seriously.”

Johnson said the company’s business model is different from other firms, and that comes straight from the “Warren Buffet mentality.”

“He loves to acquire other companies. A lot of companies he acquires he allows to continue functioning under their names,” she said.

Indeed, Berkshire Hathaway HomeServices is one of America’s fastest-growing brokerage networks with more than 43,500 agents and 1,325 offices named to the brand since its 2013 launch.

“The network and the company is fascinating and is one of the most exciting aspects that agents love,” said Johnson. “Since it opened, I have received more than 80 referrals through the network, so they’re very happy.”

As the rollout has been successful so far, the only big challenge the brokerage firm faces is that of every other competitor — a glut of inventory at the top of the market. But Johnson is confident in her diverse agent roster and strong network of support within the industry.

“An exciting point of our company is that we service all price points,” she said. “It’s just really cool to have the opportunity to service that.”