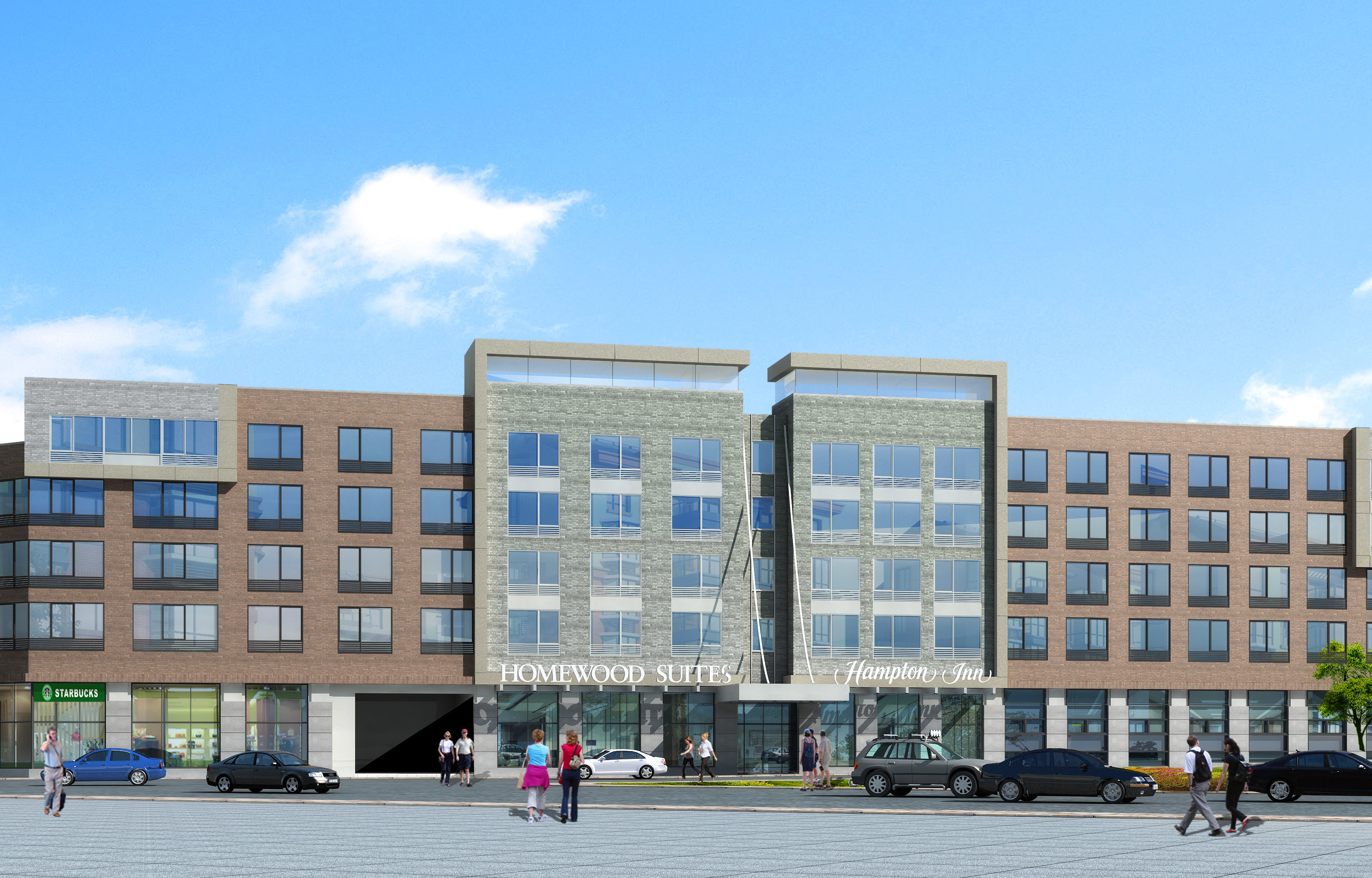 Instead, it will use the same property at the corner of Steinway Street and Northern Boulevard to build a six-story apartment complex with first-floor retail space, Jason Halpern, the firm’s founder and managing partner, said.

JMH signed a 99-year ground lease at 36-20 Steinway Street, which currently houses a Western Beef grocery store, in August 2016. City records show the appraised value of the site as $19.6 million but the firm, through a publicist, declined to share the actual value of the lease.

Previously, the company planned to build two adjoining hotels, a Hilton Hampton Inn and a Homewood Suites, for a total of 130,000 sf, including 18,000 sf of ground floor retail space.

Halpern said his company was “deep” into the development phase of the project, with 90 percent of the construction documents completed but he decided to pull the plug four months ago.

“I got concerned with the amount of hotels being built both in Manhattan and elsewhere in Long Island City,” Halpern said. “A lot of hotels are being built in both places so I didn’t like the market.”

Now, through a joint venture with Gerard Longo’s Mettle Property Group, JMH is working on a 150,000 sf mixed use, multi-family building that will feature 140 rentable units on the same parcel of land, which is on the border of two of the most thriving neighborhoods in Queens, Long Island City and Astoria. Halpern said he plans to retain ownership of the building along with Longo but they will bring in a third-party to manage the property.

Although the change of strategy will result in a slight set back, Halpern said his company is moving full-steam ahead with the new project. Currently, the firm is working with an architect to design the building and Halpern hopes to move into the planning stage within the next couple months.

Halpern has previously worked with Longo and his other firm, Madison Estates, on projects such as the Townhouses of Cobble Hill and 70 Henry Street in Brooklyn Heights.

JMH’s most prolific project is 184 Kent, which Halpern said was originally going to be a condo development before he decided to switch to multi-family rental. He said one of the reasons he favors midsized developments is the ability to be agile and adjust to market conditions.

“There is something I find, as a principle, that I like about building midsized projects,” he said. “If I get involved in a large project I would need an institutional partner and there’s a longer lifespan. I also like to be flexible.”