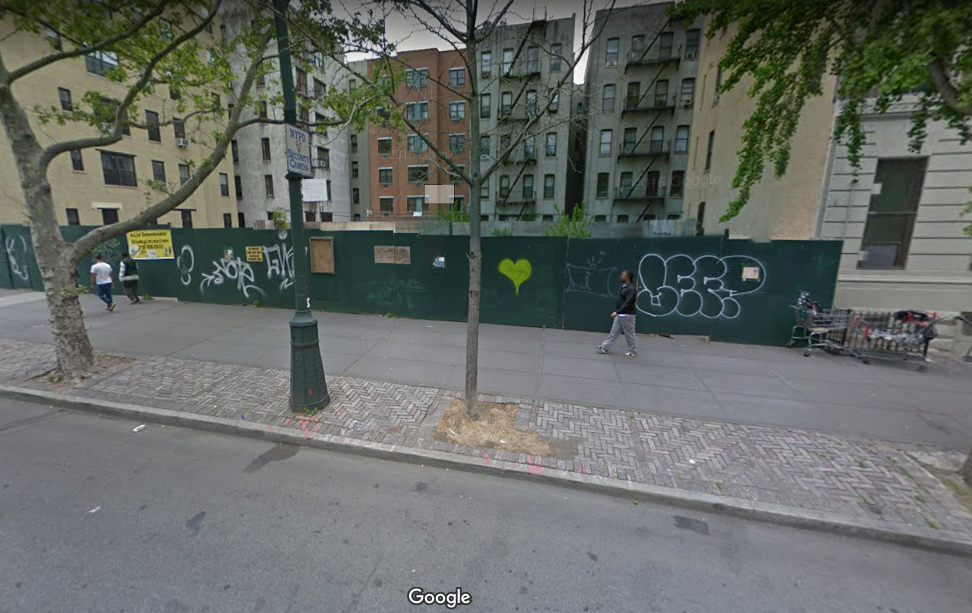 According to a permit application filed with the Department of Buildings, Einhorn is looking to build a 13-story building with 36 apartment units at 145 Central Park North. The planned 54,854 s/f building would sit on a 14,184 s/f lot that’s 200 feet wide. If approved as proposed, the building would stand 135 feet tall. Planned amenities for the site include an accessory recreation room on the ground floor, outdoor terraces on the ground floor and the second floor and a private roof recreation terrace.

The site, located across from Central Park at 110th Street, used to house the New York United Sabbath Day Adventist Church. Yiannes Einhorn, the principal of Einhorn Development, told Curbed in 2014 that the building will likely contain rentals.

Plans for the site have been altered a couple of times. In March of 2014, DHD Architecture filed for a 13-story, 24-unit apartment building. That proposal was rejected, according to New York YIMBY. Later that year, Einhorn filed another application for a 14-story building with 24 apartments. Gluck + Architecture is the architect of record for the project.

The previous owner of the site flipped the property for a quick profit. Emmut Properties bought the property from the church for $11.38 million in June of 2013. Five months later, Einhorn acquired the site for $16.5 million.

TRANSACTIONS: New mortgages and financing for the week of August 16th