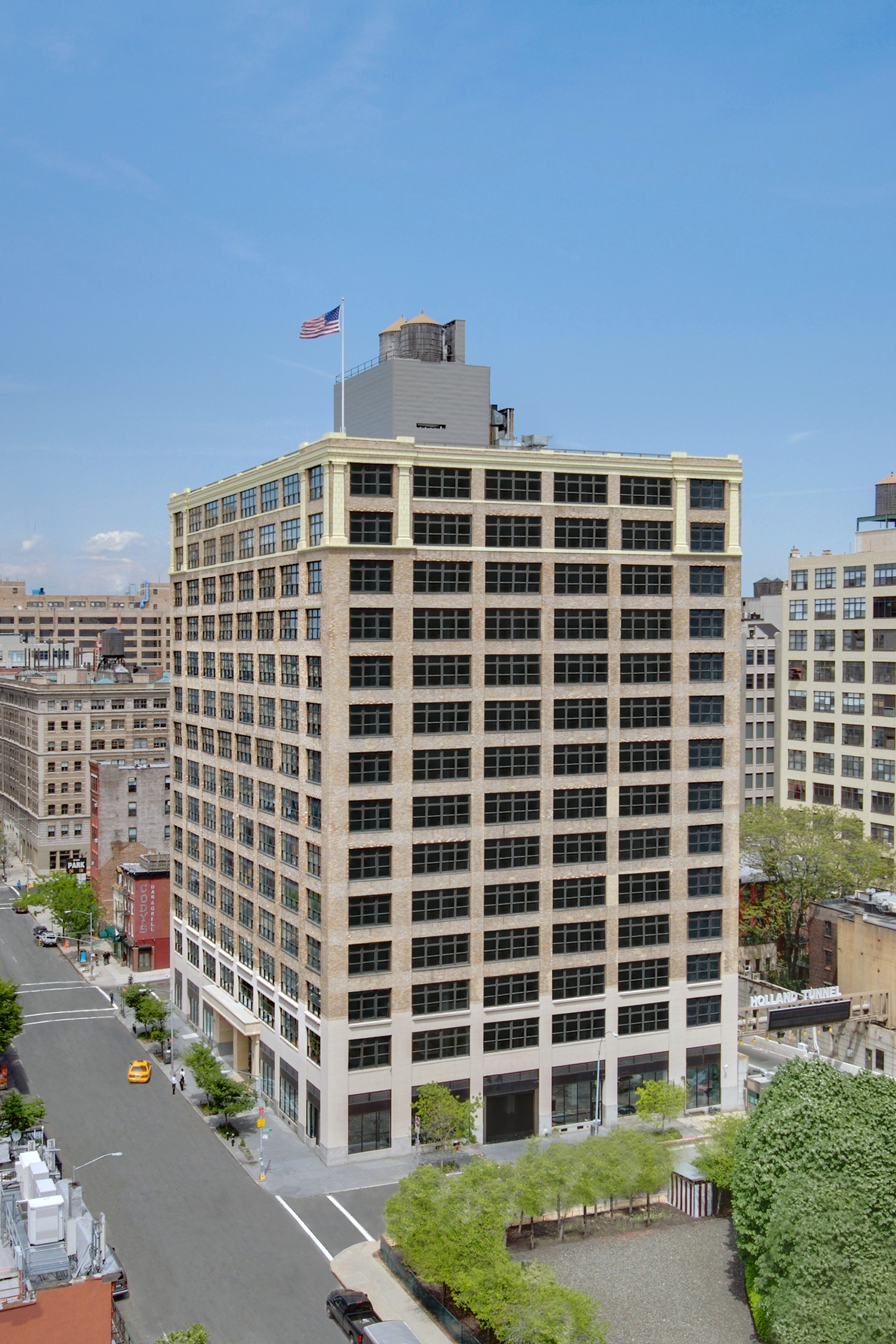 Edelman will continue to occupy six floors of the 400,000-square-foot building, as well as the entire penthouse which includes private outdoor space on the building’s award-winning 10,000-square-foot green roof.

Located in the desirable Hudson Square neighborhood, 250 Hudson Street is one of two former printing and manufacturing buildings in the area that have been redeveloped by Resnick to cater to creative and technology firms.  Edelman was the first company to commit to the property, which features high ceilings, polished concrete floors and a striking limestone and marble lobby, when it was redeveloped in 2009.  The building remains fully leased.

Resnick recently redeveloped its sister property at 315 Hudson Street. That building is now primarily leased to Google, which has incorporated the property into its larger Hudson Square campus. Resnick purchased both buildings in the 1960’s.

“In 2007, we recognized the potential of Hudson Square and its magnificent manufacturing era buildings to serve as the next great hub for creative, innovation economy companies,” said Jonathan Resnick, President of Jack Resnick & Sons. “We were fortunate to be joined at 250 Hudson by forward-looking firms such as Edelman, whose leadership understood and fully embraced our vision.  Their early commitment helped pave the way for the next generation of Hudson Square creative firms, including Google and even Disney.”

“Moving our New York headquarters to 250 Hudson 13 years ago was one of the best decisions we’ve made as a firm,” said Richard Edelman, CEO of Edelman. “The location and building have helped to attract top talent and inspire our people. With the nature of office changing, it’s important that we provide a space that people want to come to and are inspired by. I’m thrilled that this will be our home for the next 15 years.”

Resnick’s redevelopment of 250 Hudson has been awarded LEED Gold and WiredScore certification along with the EPA’s Energy Star designation. Edelman is joined at the tower by such top tier tenants as the Writers Guild of America, TMRW, Mekanism and Lieff Cabraser Heinmann & Bernstein.