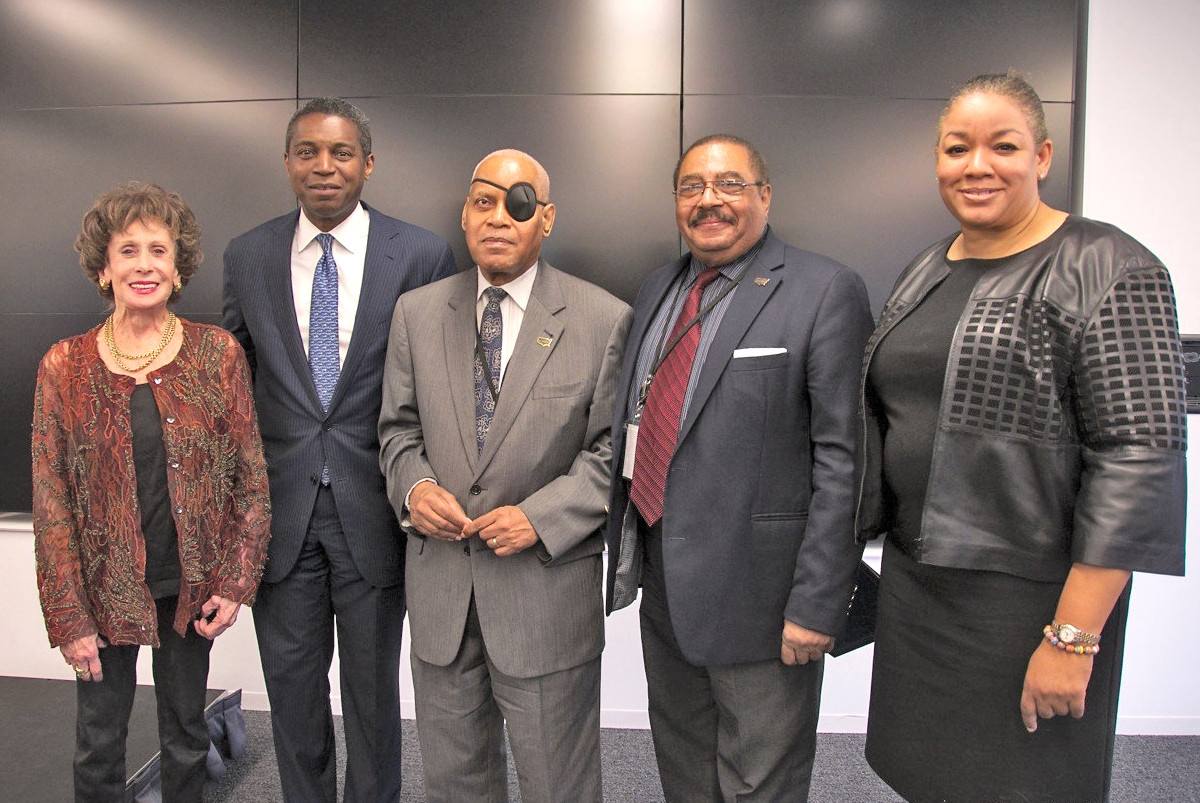 The event attracted a capacity crowd of exhibitors and attendees to BNY Mellon’s Lower Manhattan headquarters on Barclay Street, a mix of small to medium-sized MWBEs seeking opportunities with DASNY and/or partnerships with other firms, plus larger companies and agencies outreaching to MWBEs.

Noting that the NMBC has been “at the forefront of initiatives to assist the development of MWBEs every day for 44 years,” NMBC chairman of the Board Benjamin E. Jones welcomed Dr. Bushell and introduced NMBC president and CEO John F. Robinson.

Robinson pledged the not-for-profit’s full and continued commitment to “expand opportunities and foster growth for MWBEs and deliver quality services” to its members, adding that he was glad to be “part of the crusade.”

NMBC Vice President Lenore Janis, the former President of PWC (Professional Women in Construction) whom Robinson praised as “a trailblazer who broke many glass ceilings in the construction industry,” introduced Dr. Bushell, noting that “DASNY puts its clients first.”

Dr. Bushell, whose leadership has realigned and simplified DASNY’s structure at every level, is a former senior relationship advisor with BNY Mellon. He applauded BNY Mellon for its longtime and strong support of the NMBC and its goals, and then explained that the NMBC’s mission to expand MWBE opportunities is shared by DASNY, the #1 issuer of low-interest, tax-exempt bonds to MWBEs.

“Government has a public mission,” said Dr. Bushell, who outlined DASNY’s role in laying “the economic foundation for a strong future,” a “bright future [that] does not discriminate.”

“DASNY is open for business and can help your firm grow and succeed,” said Dr. Bushell, noting, “Once you’re partnered with DASNY, you will need to hit the ground running. You need to deliver – we seek excellence at every level.”

Kimberly Hardy, deputy commissioner of NYC Small Business Services, congratulated the NMBC, commended Mr. Robinson on his strong leadership, and asked all “to help realize Mayor De Blasio’s commitment to contracting $16 billion over the next decade for certified MWBEs.”