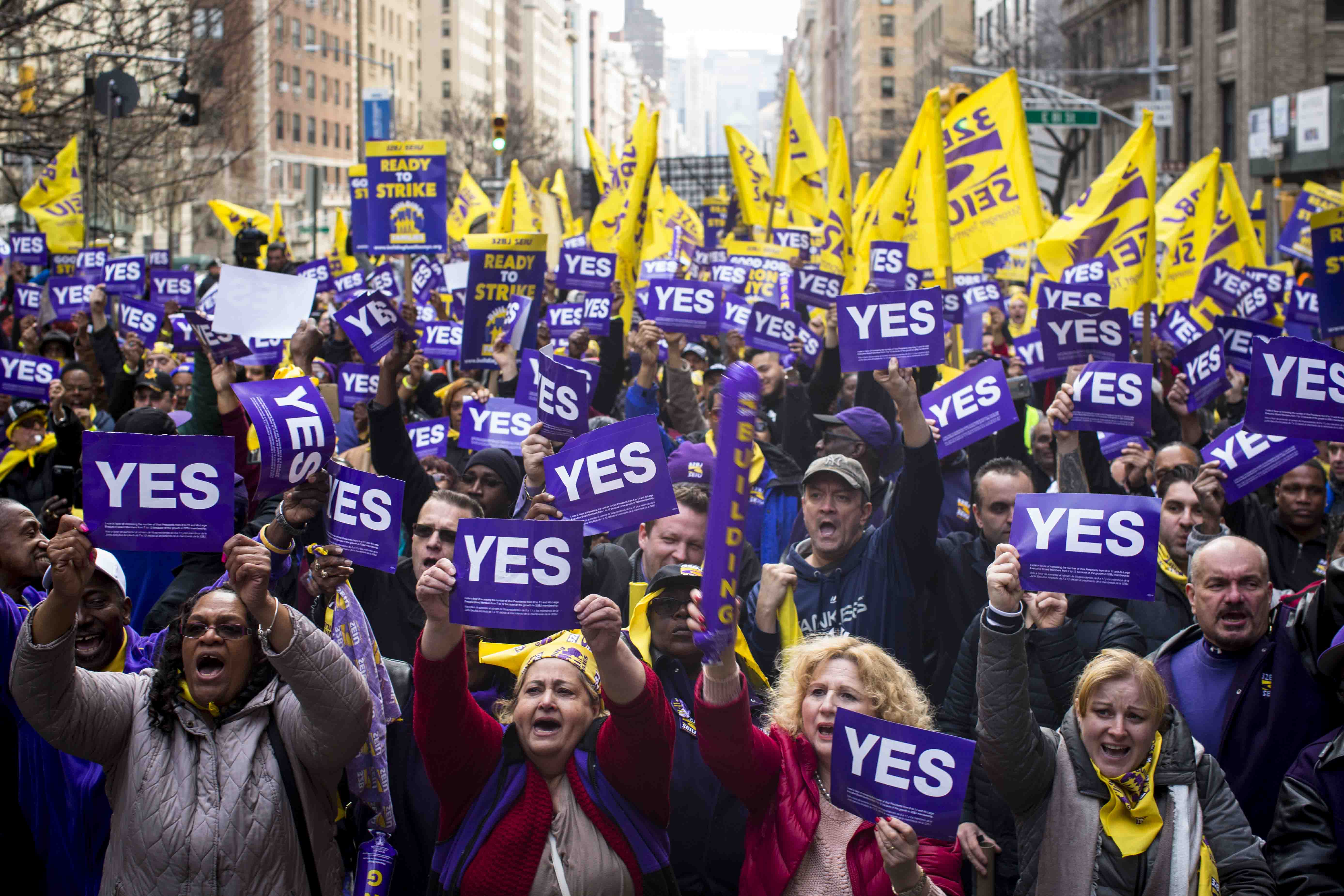 The Realty Advisory Board and the union representing more than 30,000 doormen, porters and supers reached a tentative agreement on April 13 that calls for increased wages and benefits.

The tentative four-year agreement would provide 2.73 percent raises each year, totaling a 11.3 percent raise to more than $55,000 for a typical doorman by the end of the agreement. The pending contract also calls for a 0.59 percent yearly increase in benefits. The agreement also would continue the current benefit pension and 401K annuity with employer contribution, according to the RAB. It’s been 27 years since the last 32BJ strike and the current contract, if ratified by both sides, would last until April 20, 2022.

“This agreement honors the valuable contributions of the hardworking men and women who keep our building running and make our city strong,” said Hector Figueroa, president of 32BJ SEIU. “With this agreement our members, our families and our communities are moving forward.”

The tentative agreement comes a couple days after 32BJ held a rally on April 11 with an unanimous authorization vote to strike.

“We are proud to have reached a fair and successful agreement. It will continue to create and provide middle class jobs and ultimately bring us to more than thirty years of uninterrupted labor peace,” Howard Rothschild, RAB’s president, said. “Both sides thoughtfully considered the economic realities of the industry moving into the next four years, allowing us to reach a mutually beneficial agreement. We have agreed on fair and reasonable wage increases for employees and the continuation of our excellent health plan, while controlling costs for employers.”

The tentative contract is still awaiting ratification from both sides before the April 20 expiration of the current agreement.