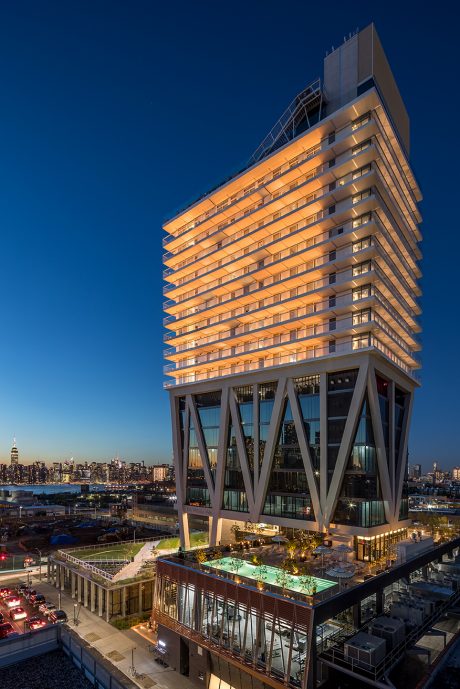 Former child-star Dylan Sprouse is breaking into the booze biz with the All-Wise Meadery.

Since packing in The Disney Channel tween hit Suite Life with Zach & Cody, Sprouse has become the youngest Master Brewer in the United States.

Now he has signed a 10-year lease for his Will-Wise Meadery at the base of the The William Vale hotel in Williamsburg.

“We’re excited to have All-Wise as a tenant at 55 Wythe. The concept feels like a natural fit in Williamsburg; something traditional reimagined,” said Mario Faggiano, co-founder of EXR, the exclusive leasing and marketing firm for the 38,000 s/f of retail space available at the hotel.

“Dylan’s bringing something unique to the community and 55 Wythe. Having All-Wise on the property will encourage more new and unique concepts to explore the neighborhood which is largely made up of young people who are creating tomorrow’s trends and ideas. Dylan will be welcomed with open arms.”

Mead which is a fermented honey drink that traces back hundreds of years. Once the world’s most popular beverage, it nearly died out after the Middle Ages but now counts as the smallest but fastest-growing segment of the American alcohol beverage industry.

Sprouse is looking to educate locals with his local micro-meadery, which will occupy 1,300 s/f was taken on the ground floor and 2,000 s/f in the cellar at 55 Wythe. All-Wise was represented by Durst Hospitality Group. Rent is $125 psf on the ground and $25 psf in the cellar.