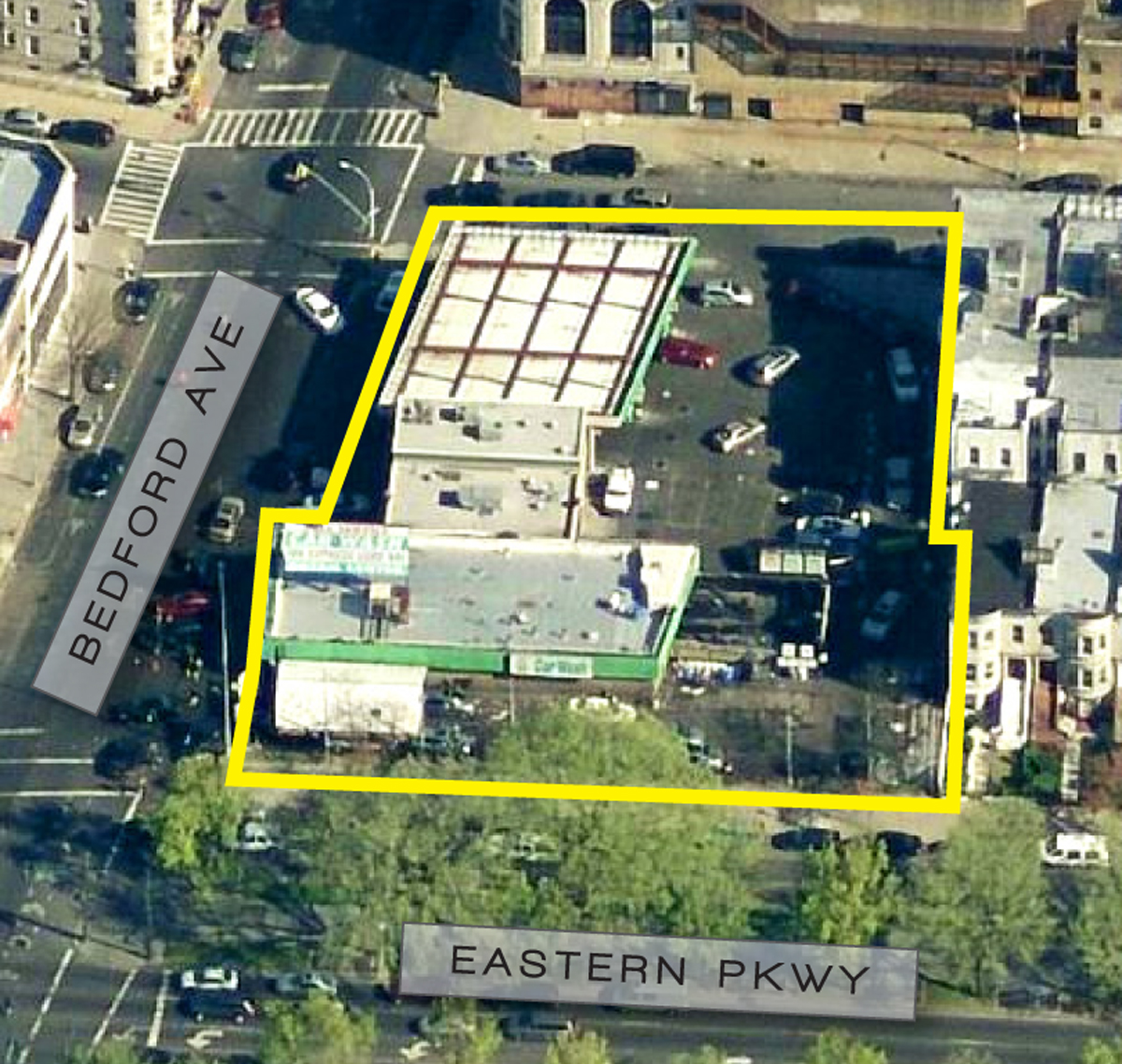 A development site that could house workers in a new Brooklyn tech hub has hit the market.

Massey Knakal is marketing the 110,200 s/f site on Bedford Avenue in Crown Heights that chairman Bob Kankal said has mixed-use potential in a hot neighborhood.

“We’ve only just put the property on the market but there have been dozens of serious inquiries,” said Knakal, who is exclusively representing the seller along with Michael Amirkhanian, Jonathan Hageman and DJ Johnston of Massey Knakal. “Given the strength of the Brooklyn development market we expect tremendous results.”

The site, which includes 500 feet of wrap-around frontage, is a block-through space on the eastern side of Bedford Avenue between Lincoln Place and Eastern Parkway.

An asking price isn’t listed for the property, but industry sources say the site could fetch $30 to $35 million. Prices in Brooklyn have risen significantly in recent months, a trend Knakal sees continuing.

Crown Heights has been heating up in recent years, with Brooklynites moving further out into Brooklyn for cheaper rent and investors seeing opportunities in development sites and mixed-use buildings. The proximity of the neighborhood to the Brooklyn Botanic Garden, The Brooklyn Museum, Prospect Park and several subway trains has helped draw new residents to the area.

BFC Partners and Goldman Sachs Urban Investment Group recently opened a commercial office space at 1000 Dean Street in the neighborhood, looking to draw tech firms, creative and non-profits to the 150,000 s/f building. And the much-anticipated Berg’n, a large-scale beer hall and food court run by the owners of the Brooklyn Flea.

The site is currently a gas station and car wash with 6,000 gross s/f.  The buyer will have immediate possession of the property and the current tenant will vacate at the time of the sale.

Hunger is just not acceptable in New York City