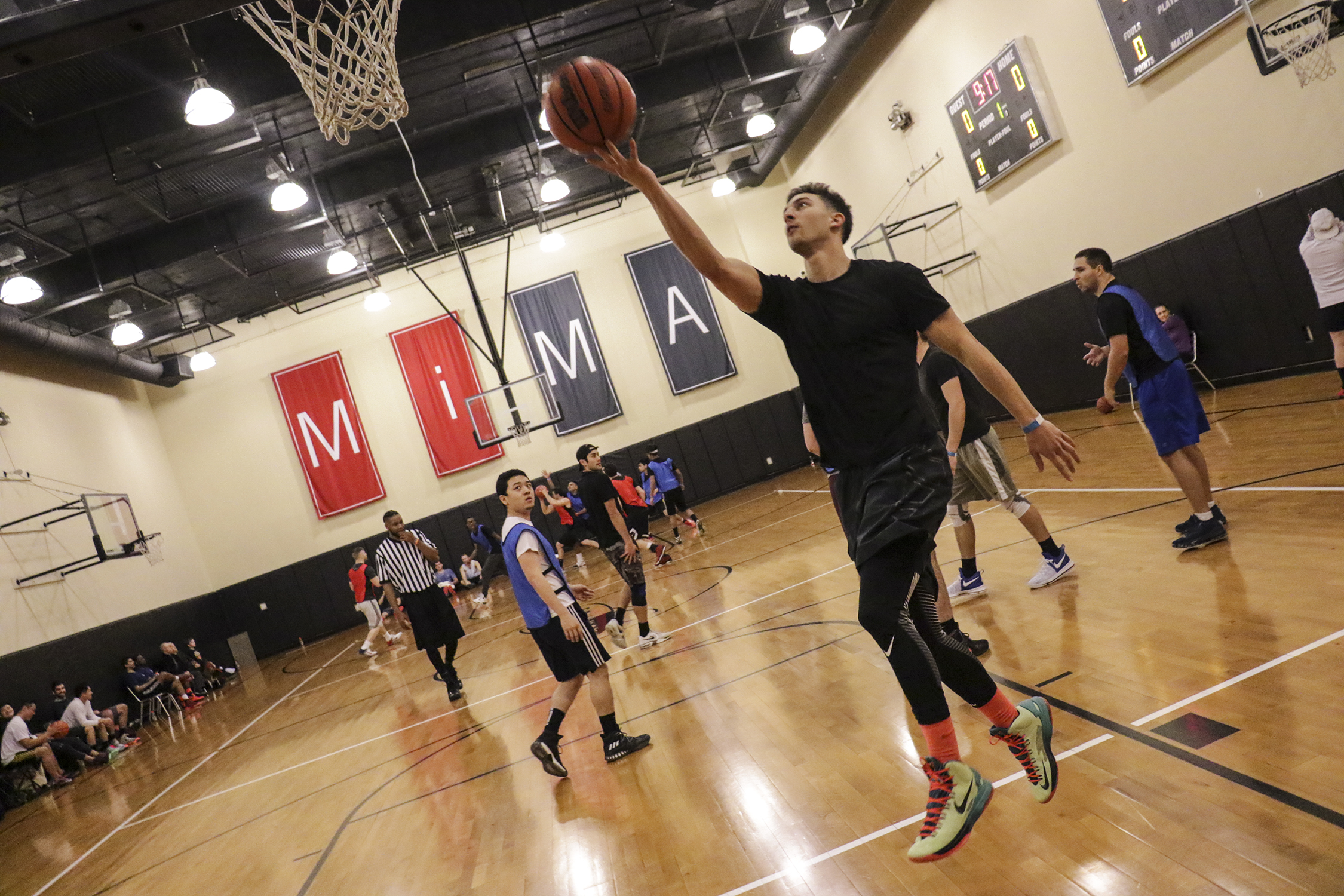 Around the country, brackets are broken and hoop dreams have been dashed, but as the madness of college basketball’s postseason marches on, the NCAA isn’t the only one capitalizing on the excitement.

Luxury housing developers throughout the city have used this year’s tournament — a particularly chaotic showcase that saw the first-ever 1-vs-16 upset, with top-ranked Virginia falling to the lowly University of Maryland-Baltimore County — as an opportunity to bring residents together and show off their substantial amenity offerings.

At ARC, Lightstone used the occasion to get residents engaged with some of the 50,000 s/f of amenities inside the 428-unit rental building. The building hosted a watch party in its game room, broadcasting the opening round matchups on the television as well as the large golf simulator screen.

“It’s a party to gather the community together for a common interest, enjoy food and beverage, and have a good time in an amazing space,” Scott Avram, Lightstone’s senior vice president of development, said, adding that another event will take place during the final game next week.

Like many high-end developments, the Long Island City apartment building employs a lifestyle director to organize such activities.
Avram said it has become increasingly important for luxury renters, particularly those within the millennial generation.

“Prospective tenants donʼt just want a great apartment, they want to be part of an activated and lively community,” he said. “Events and programming like this are key to fostering that extra sense of community.”

In Midtown, the Related Companies took that concept a step further for its March Madness celebration.

This past weekend, the developer hosted the second-annual Related Classic, a four-on-four basketball tournament held at its MiMA building on 42nd Street. Tipping off at noon, the event preceded the NCAA’s regional final games, also known as the Elite Eight.
Sixteen teams comprised of residents from buildings throughout Related’s New York portfolio went head-to-head during the tourney, competing on the regulation-sized court inside M Club, a 44,000 s/f basement amenity space run by Equinox.

Meanwhile, solo players were able to take part in a 3-point shooting competition and spectators watched the action live, or followed it on the various TV screens to which it was broadcast throughout the building.

There was also game-day catering, a beer bar and a mimosa bar on-site.

On the court, teams competed for a free experience from the sports travel company PrimeSports while everyone in attendance was able to participate in a raffle with prizes from Equinox and Life Simplified, Related’s partnership program with the personal assistant service, Hello Alfred.

“A lot of our residents are fit and active, so we wanted to do something sports-related that could get the whole community involved,” Christopher Schmidt, Related’s senior vice president of rentals, said. “It was great to see our residents out there making full use of the available amenities.”

Though community events have become a mainstay at Related properties, Schmidt said the success of the basketball tournament has made him consider additional competition-based events, such as an Olympic-themed activity making use of M Club’s lap pool.

Also, unlike many of the other community activities that tend to skew toward younger tenants, Schmidt said the Related Classic appeals to a wider range of residents.

“We do some events that tend to target specific groups, but March Madness kind of touches on every group, which is fun,” he said. “We’ll get some of the older residents who come down and bring their kids and then we’ll get some of the younger adults as well. It’s a good mix.”

Schmidt said the size of the MiMA gym is a noteworthy point of distinction for prospective tenants at the 63-story apartment building. However, the presence of a basketball court has become common in today’s luxury market.

Indoor courts have become so common that they’re verging on weight room territory, a nice feature, but not beyond the pale of expectation.

The trend is not exclusive to sprawling sites such as ARC and MiMA; slender structures such as Continuum’s Madison Square Park Tower on 22nd Street and DDG’s 180 East 88th Street have carved out floor space and extra ceiling height for half-court hoops. Even the Naftali Group’s 38-unit condo building, The Shephard at 275 West 10th Street, has a court — with a Herringbone floor, of course.

At Waterline Square, GID Development’s five-acre project on the Upper West Side, no space was spared for the 6,700 s/f basketball court — or any other feature for that matter. The property’s three condo towers will share 100,000 s/f of amenities space, including indoor soccer and tennis facilities as well.

Norma-Jean Callahan, the senior sales director at Waterline Square, said GID is trying to appeal to a wide array of buyers with its amenity offerings and the basketball court reflects the developer’s commitment to versatility.

“The court really resonates with buyers because its impressive size … lends itself to many uses,” Callahan said. “Residents have the opportunity to organize games, perfect their jump shot, or spice up their cardio with a fun game of one-on-one. Residents who hear about the court can really begin to picture themselves using it.”

Competition for basketball superiority has grown so intense that the Moinian Group recruited a New York hoops legend to help with its hardwood hard sell. The company hired former New York Knick and Brooklyn native Carmelo Anthony to design the court at Sky, a 1,175-unit complex in Hell’s Kitchen.

Anthony crafted the court with the help of the Rockwell Group for Sky’s 70,000 s/f sports complex, which is run by Life Time Athletics.

Acclaimed basketball trainer Chris Brickley uses the 42nd Street facility as a personal dojo, running workouts for Anthony and other NBA all-stars. Videos of these sessions, shared on Instagram, have gone viral.

“Tenants often have the opportunity to see some famous faces when they stop by the court — this past summer a star-studded pickup game broke out with the likes of LeBron James, Kevin Durant, JR Smith, Carmelo himself and others stepping onto the court,” Natasha Vardi, senior vice president of Residential Properties at The Moinian Group, said.

“Now that March Madness is in full swing, we will be hosting a pickup game for our tenants.”