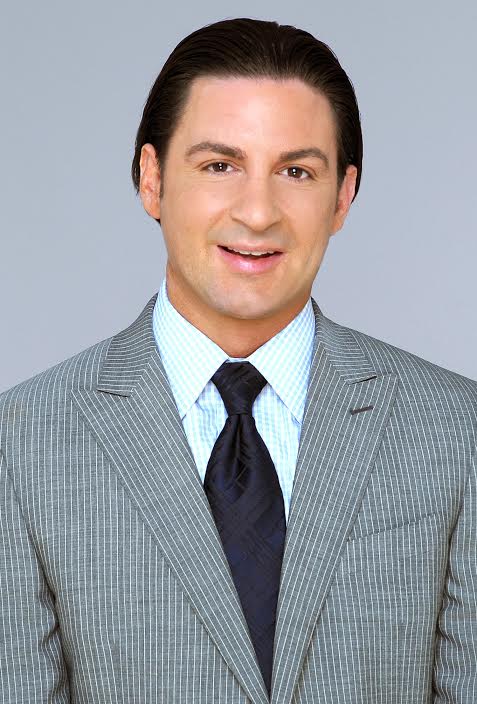 At first glance, the rise of online shopping and the ease with which consumers can have digital purchases delivered straight to their doorstep should deal a formidable blow to the value of high-priced retail space in the seller’s market that is Manhattan.

But thanks to brokers like Arthur Maglio of Douglas Elliman, the retail sector is in a time of expansion and activity rather than retreat and dormancy.
Maglio started his real estate career at a small firm after school. “When I went to school, I graduated with a degree in finance,” he told Real Estate Weekly, “but at the time, real estate was a very, very hot topic.

“I kind of caught the buzz of that. Something just drove me to real estate.”
The buzz that led the young sales consultant on a quest to find his niche.

At the Mazzeo Agency, a Weichert branch of the residential and commercial powerhouse, Maglio tried his hand at both residential and commercial leasing.
He landed on the commercial side and has been with Douglas Elliman since 2006, where he’s become one of the most important assets to retail chair, Faith Hope Consolo. “I’ve been here about eight years now,” said Maglio. “For me, it’s a little bit like a family atmosphere. It’s not just talking about deals, about business. It’s why I’ve really found a home here.”

Working with Consolo and her team, Maglio has been very active in the push to create a vivacious retail environment in the previously unsought realm of upper Manhattan.

“Upper Manhattan is starting to really take fire,” said Maglio. “Retailers and a lot of restaurants are sort of waking up to the fact that there is a thriving market there.
“Our group has done probably over 200 transactions in the upper Manhattan market in the past six years.”

The spread to the area may have been unthinkable ten years ago, but as Manhattan continues to shift from a structure of centralized corridors, like Midtown’s Fifth Avenue, into a dispersed model including FiDi, Hudson Yards and Manhattan West, Maglio compares neighborhoods like Harlem to a shiny new toy.
Labeling it a “chain effect,” the retail specialist said that “if one or two retailers go, everybody starts to wonder what’s going on and asking themselves ‘should we be there.’”

While it was refuted for some time, Macy’s, one of the most iconic department store brands in the history of Manhattan, is still looking to open a location in the northern part of the borough.
“Everybody is always looking for the newest, hottest thing out there,” said Maglio, citing several recent high profile retail deals in emerging retail markets.
In September, Saks Fifth Avenue revealed that it was moving its headquarters to the surging market of lower Manhattan.
The new 85,000 s/f location will serve as an anchor to the Brookfield Place development in the rebranded and resurgent Financial District.
Nordstrom, a Seattle-based store whose main Northeast presence emanates from about 40 minutes West of Manhattan in the suburbs of New Jersey, also made a recent commitment to set up shop in New York.
It won’t be quietly sneaking across the Hudson either. While not heading quite as far north as Harlem, the retailer will be anchoring a towering new skyscraper on West 57th when the building is completed in about four years.
Despite the flurry of activity, Maglio acknowledges that technological innovations do in fact pose an obstacle to physical store locations, especially in high-priced areas.
“I think going forward with the brand they have built, the brick and mortar stores are still going to be hurt,” he said, pointing out that the name recognition of many brands still draws people through the doors.
The reality is that while restaurants and grocery stores offer an experience that may be harder to replicate through digital means, online shopping clearly cuts into the pool of instore-generated revenue.
Regardless, he feels that major players will still covet a storefront in Manhattan because of the one-of-a kind exposure and because there will always be consumers that prefer to shop by foot.
“It’s still going to be brick and mortar,” Maglio said when asked if storefronts were a sustainable model for the foreseeable future. “Most consumers I speak to — including myself — are going to want to touch and feel what it is they’re looking for.”
Maglio cited Barnes & Nobles, which operates three physical locations in Manhattan, as a retailer that wielded the power of its brand and a willingness to adapt in its successful effort to maintain a physical presence in the city. “What happened with the bookstores when their products were going to become obsolete?” Maglio asked, pointing out that Barnes & Noble still continues to draw New York customers in to buy more expensive, physical copies of books as opposed to ordering digital copies from the comfort of home.
Maglio is optimistic and that new commercial epicenters emerging on Manhattan will only stoke the fire of the current retail market even if new challenges are rising up to face it.
“We’ve really only scratched the surface so far,” he said.