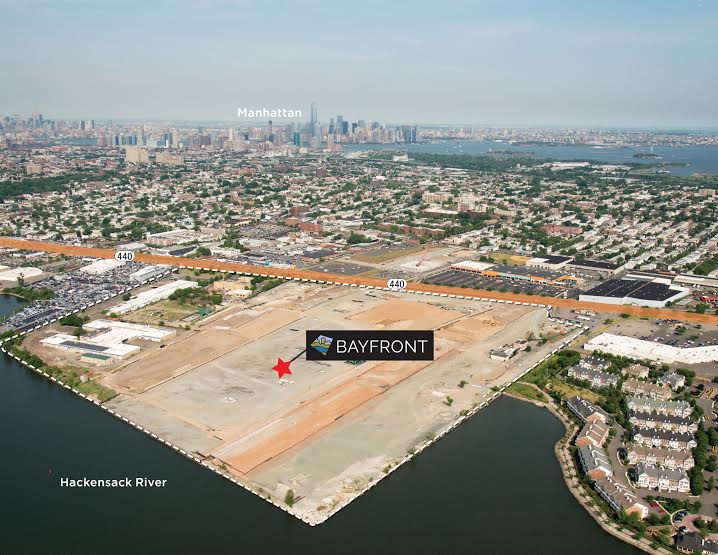 A 95-acre land parcel on Jersey City’s West Side is coming to market, and Cushman & Wakefield’s Metropolitan Area Capital Markets Group has been retained as the exclusive agent for its sale. The fully zoned and master planned site on the eastern shore of the Hackensack River is assembled and ready for transit-oriented, mixed-use redevelopment.

“Adding to the site’s rarity and appeal is its location in one of the fastest-growing and most dynamic cities in the Northeast,” Bernhaut added. “Jersey City has seen explosive expansion, and its West Side is set to become the next great neighborhood for living, working, shopping and dining. New ownership will step into a fully approved redevelopment plan allowing the developer to take advantage of today’s red hot Jersey City residential market; zoning is in place to build an entire community.”

Bayfront is the result of a historic agreement between the City of Jersey City and Honeywell. “Our plan centers on the creation of a truly integrated, pedestrian-friendly mixed-use community,” said Rick Kriva, Honeywell vice president for global real estate.  Honeywell, a Fortune 100 global diversified technology and manufacturing leader, owns Bayfront LLC. “It emphasizes one of Jersey City’s most underused natural assets, the Hackensack River, with new and expanded parks, recreation space, and a half-mile waterfront park walkway. We look forward to Bayfront’s positive economic impact driving continued smart growth, job creation, and a new West Side neighborhood.”

Bayfront, which was supported unanimously by the City Council in 2008, builds on the work of Jersey City community members, business owners, academics, residents, and elected officials to create an integrated mixed-use vision for Jersey City’s West Side.

“The Bayfront redevelopment plan sets in motion the next chapter of a key section of Jersey City’s West Side,” said Jersey City Mayor Steven M. Fulop. “This project transforms former industrial, commercial, and municipal sites into a new mixed-use urban neighborhood that will be a model of environmentally conscious design and a vibrant new community.”

The plan focuses on building a community appropriate for the location while adopting the principles of smart growth, transit orientation, green design, walkability and sustainability. Its execution will be market driven, allowing for up to 8,100 residential units, one million square feet of office and 600,000 square feet of retail. The site will be delivered graded to allow for the development of building pads.

The Hudson-Bergen Light Rail system stops at West Side Avenue a few blocks from the site, with future plans to connect directly to the Bayfront development, providing direct access to Manhattan via the PATH system. Bayfront also offers easy access to a well-established and expansive mass transit system and roadway network that will connect residents to the rest of the Tri-State area.

When completed, Bayfront will join existing West Side development projects like Droyers Point and Society Hill as well as those currently under development, including New Jersey City University’s West Campus located directly across Route 440 from Bayfront.

Athletes to bike across America for fallen heroes fund