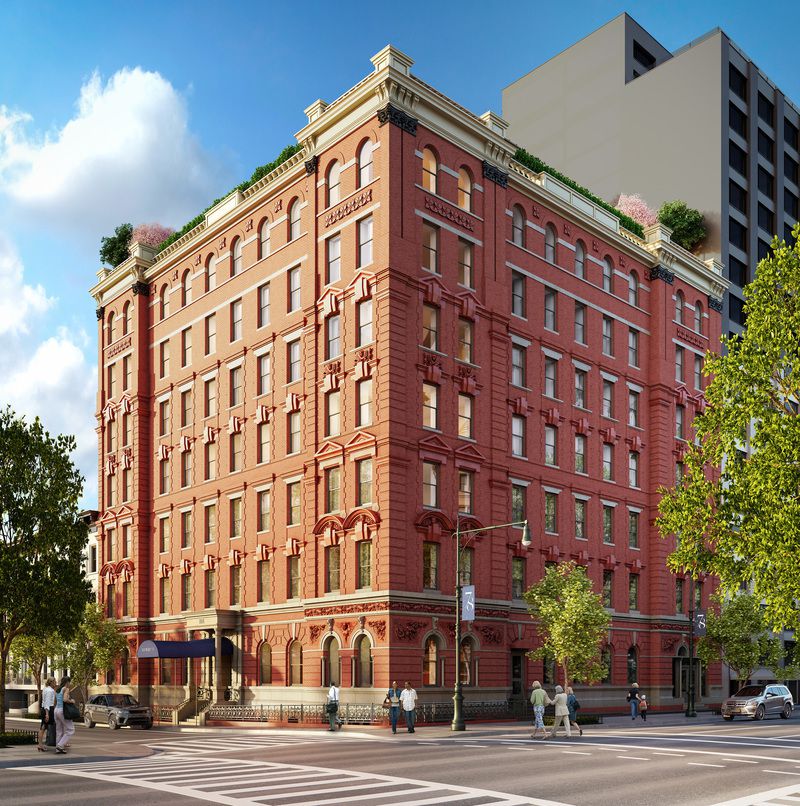 The Corcoran Group is now the exclusive sales and marketing agency for a historic apartment building on the Upper West Side.

Deanna Kory and Daniel Blatman will lead the sales effort at the recently redeveloped 101 West 78th Street, taking over for Brown Harris Stevens, which had sold more than half the units in the building and began closing on several units.

Tom Shapiro, president of GTIS Partners, the project’s developer, did not explain the switch but he was complimentary of his former agency, including its ability to sell the 4,700 s/f penthouse there for $20.5 million last month.

“Brown Harris Stevens did an incredible job with the initial sales campaign at 101 West 78th Street during construction, including the record penthouse sale,” Shapiro said. “Now that closings are underway and the building has surpassed 50% percent sold, we are excited to be working with The Corcoran Group on the final phase of sales and completing this historic property’s revitalization.”

Originally built in 1886, the building was designed by Belgian-born architect Emile Gruwe and overlooks the American Museum of Natural History. Highly regarded designer Stephen Sills crafted the overhaul of the brick-facade.

Standing eight stories tall, the building consists of 21 units, each consisting of between two and five bedrooms. The 19th century building has been outfitted with 21st century amenities and asking prices range from $5.95 million to more than $12 million.

“101 West 78th Street is an exceptional property that combines modern, brilliantly designed homes in a landmark building with a striking, historic façade,” Pamela Liebman, president & CEO of Corcoran, said. “With its premier location on an iconic NYC block that is home to the Museum of Natural History, 101 West 78th Street offers discerning buyers the rare opportunity to purchase a home of outstanding design and luxurious quality in a highly desirable neighborhood.”