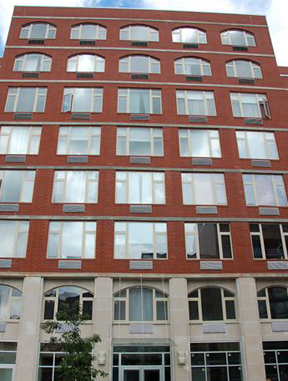 Attorney General Eric T. Schneiderman has banned two developers from the business after finding they lied about their shady backgrounds when buyers started complaining about shoddy work at a Harlem condo.

Instead of putting their own names on filings as the developers of the Mirada at 161 East 110th Street, Joseph Scarpinito and Shiraz Sanjana named Scarpinito’s elderly mother as the project developer to try to avoid anyone finding out about Scarpinito’s prior federal felony conviction for bank fraud.

“The identities and business backgrounds of the people who make or take part in developing and selling a condo is a material fact that a purchaser has a legal right to know. There is one set of rules for everyone, and my office will protect the rights of purchasers and punish unscrupulous developers.”

Scarpinito and Sanjana, and five affiliated entities they own and operate, are barred from offering or selling securities, including condo and co-op sales, in or from New York State. They were ordered to pay condo buyers damages for construction defects and fork over $500,000 in penalties and fines to New York State.

The investigation began after Mirada buyers complained to the Attorney General about water leaks and other construction defects in the 161 East 110th Street tower.

The Attorney General initially brought a special proceeding requiring Scarpinito and Sanjana to deposit $200,000 in an escrow accountto secure their obligations to the 67 condo buyers, before obtaining a permanent certificate of occupancy.

Under the settlement agreement, Scarpinito is permanently barred from the securities industry and Sanjana is barred for 16 months.

HAVE YOU HEARD: RE/MAX gets Peyton Manning, Steve Tyler for convention