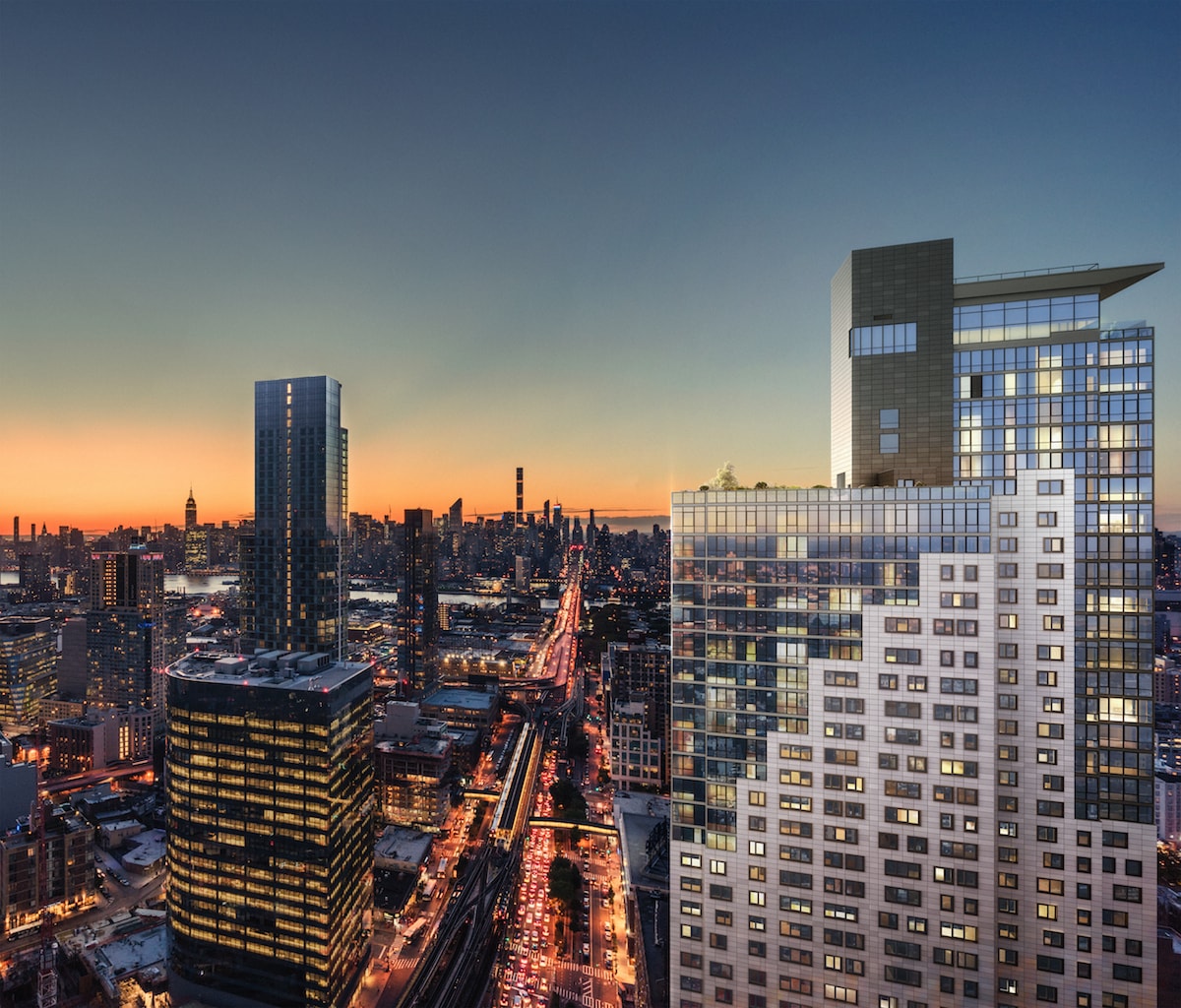 When Chris Bledsoe arrived in New York in 2002, he — like all newcomers — faced the daunting task of finding a place to live, which was no easy task on his junior analyst salary at JPMorgan Chase.

He found an apartment that fit his budget by sharing costs with his then-girlfriend-now-wife. His younger brother, Andrew, who arrived in the city on his own in 2005, wasn’t as fortunate. He slept on Chris’s couch for a while and ultimately needed two guarantors to secure an apartment in the Financial District.

Instead of taking the cheapest studio he could find, Andrew opted for a $2,800-a-month one-bedroom with a large living room.

The building was nice and had a doorman who didn’t mind turning a blind eye when Andrew installed a pressure wall — which may or may not have been legal — to create rooms for two more renters.

“He put the spare bedrooms on Craigslist and he got 90 responses in two days,” Chris Bledsoe said. “People were saying they’d take it sight unseen and pay him more than he was asking.”

To narrow the list of applicants, Andrew took the ad down then posted it again with raised asking rents. He did this several more times until the list was a manageable size.

“When all was said and done,” Chris Bledsoe said, “he was living almost for free.”

Several years and thousands of pages of building and zoning codes later, that thrifty seed of an idea

germinated into a full-grown business model.

In 2011, the Bledsoe brothers left their banking jobs and founded Ollie, which is now one of the leaders in the budding market of co-living.

Four years ago, they got their first chance to help mold a ground-up development purpose-built with co-living in mind, Simon Baron’s 43-story Alta tower in Long Island City. Leasing for the property began four months ago and Citi Habitats has already closed deals for 60 percent of its co-living units.

In the past five years, dozens of co-living startups have cropped up, securing thousands of units in the U.S., primarily targeting competitive housing markets such as New York, San Francisco and Washington, D.C.
Some are eyeing expansion into other burgeoning millennial hubs — Ollie, for one, has found success in Pittsburgh, one of the most affordable big cities in the country.

“We’re very much in the early stages,” said Mark Smith, general manager of Quarters Co-Living U.S. “As people get used to this idea and word spreads about all the benefits that come with it, you’re going to see it really take off in the next couple years.”

Strangers sharing apartments is nothing new. In cramped metropolises like New York, it’s practically a rite of passage. Yet, as the appeal of new urbanism draws young people to cities of all sizes, housing is in short supply across the country and affordability has become almost mythical.

“We’re very much in the early stages. As people get used to this idea and word spreads about all the benefits that come with it, you’re going to see it really take off in the next couple years.”

Several co-living platforms operate in New York and they all share the same overarching goals: more people in more units, lower rents for tenant and no loss of revenue. Strategies for achieving these goals, however, range from highly methodical to rudimentary.

They also tend to target the same demographics: 25-to-35-year-old young professionals or grad school students, often transplants from other states or countries. Some have aligned themselves with human resource departments at major companies to accommodate new hires. Co-working giant WeWork has even launched its own co-living product called WeLive.

Co-living buildings tend to bill themselves, in one way or another, as being part hotel, part apartment. Rooms are typically furnished and leases can be as short as one month.

At Ollie, housekeeping comes in once a week to replace towels and linens, tidy up, replenish toiletries and even top-off bottles of Malin + Goetz shampoo, soap and conditioner.

Some companies, such as Outpost Brooklyn, operate on a membership system, in which residents can swap rooms on a monthly basis and even switch buildings entirely while retaining the same rent rate if vacancy allows it.

“The shorter the time ,the more expensive it is, the longer you stay, the more of a discount you get,” said Jacob Shapiro, a spokesman for Outpost Brooklyn.

“We’re trying to build communities so we want people to stay at least one month because anything less than that and it doesn’t really feel like a home.”

Outpost Brooklyn specializes in townhouses and low-to-mid-rise apartments with between three and 10 units. It’s also one of the more affordable options in the city, offering rents of less than $1,000, though that requires sharing a bedroom.

Rather than wholesale renovations, Outpost operates on a management agreement with owners. Its model involves simply using all the rooms available in a building as bedrooms and, as a result, its units have as many eight rooms.

When asked about the city’s zoning ordinance forbidding more than three unrelated people living together — a holdover from old brothel laws — Shapiro said it’s not a concern.

“It is on the books but not really used,” he said. “The way it’s worded is that it’s ‘unrelated people,’ it doesn’t use the term family, so that’s where it comes in handy to have a community, because in that sense we are related.”

Quarters, which is a spinoff of the German co-living company Medici Living Group, offers primarily two- and three-occupant units, with some larger apartments and studios. Rooms range from 80 s/f to 158 s/f and start around $1,500 per month. The minimum stay is three months, but Smith, who recently joined the company after leading the U.S. expansion for the café brand Pret A Manger, said the average stay is between 10 and 11 months.

Similarly, Ollie only offers up to three bedrooms in a unit to stay in compliance with New York’s building code. Its smallest rooms are about 90 s/f and every apartment has at least one room measuring 150 s/f or bigger, to satisfy a regulation calling for a living space of that size in every apartment. Technically, all rooms double as living and sleeping spaces thanks to hideaway bed furniture.

While smaller operators might be able to skirt the rules, Chris Bledsoe said he and his brother didn’t want to take any chances because their business model relies on new construction.

“We knew that in order to attract the, literally, hundreds of millions of dollars of capital needed to construct these buildings, we needed to be totally buttoned up from a code perspective. If you’re doing a co-living model in a townhouse or some of these other operators out there, I can’t speak to that, but I know the level of scrutiny we’re put through, which is enormous.”

Because co-living inherently means less space for tenants, the companies that provide this service often compensate residents in other ways, usually by facilitating group activities either on-site or in the surrounding neighborhood.

Ollie, in addition to luxury-level amenity spaces — Alta features a gym, lap pool and yoga studio as well as multiple rooftop terraces — also has its own smartphone app, Ollie Social, through which tenants can sign up for community events ranging from happy hours at local bars to ski-trip outings and country picnics.

“It’s like your social life in a pocket, it’s a way to explore the city around you,” Chris Bledsoe said. “A living room is a misnomer, living rooms are where we go to veg, not where we go to live. Living occurs outside these spaces and Ollie Social brings residents outside.”

Co-living looks poised to continue growing nationwide, with major providers targeting cities such as Denver, Austin, Boston and Miami for the next tier of their expansions. Smith said Quarters, which operates two buildings in New York and one in Chicago, plans to be in every major U.S. market within the next two years, doing at least one deal a month until then.

Like co-working and the sharing economy, Smith sees the co-living model appealing to millennial sensibilities of flexibility, mobility and community.

“This is very much on trend and it aligns nicely with the type of experience millennials are seeking out,” he said. “It’s part of this highly-communal economy, you see it with ride shares and bike shares and scooters. Like those other things, you’re going to see co-living evolve as more people experience it.”

Big-hearted Benzilio is socking it to ʼem