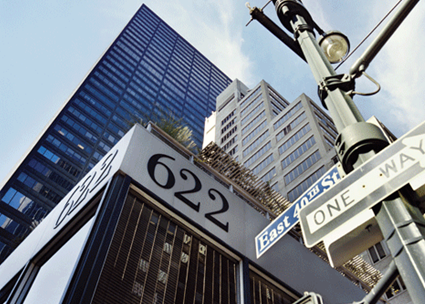 The company, which has operations throughout the U.S., UK, Continental Europe, Asia-Pacific and Africa, expects to relocate from its current 20,000 s/f office at the Chrysler Building to its new headquarters in the Grand Central District during the first quarter of 2016.

“We’re delighted to welcome this industry leader to 622 Third Avenue,” stated Cohen, who transformed the former Empire Blue Cross/Blue Shield Building into a distinctive Class A office tower now known as Grand Central Plaza after acquiring the property in the late 1990s.

“It is yet another indication of the continued resurgence of the Third Avenue corridor as a corporate destination.”