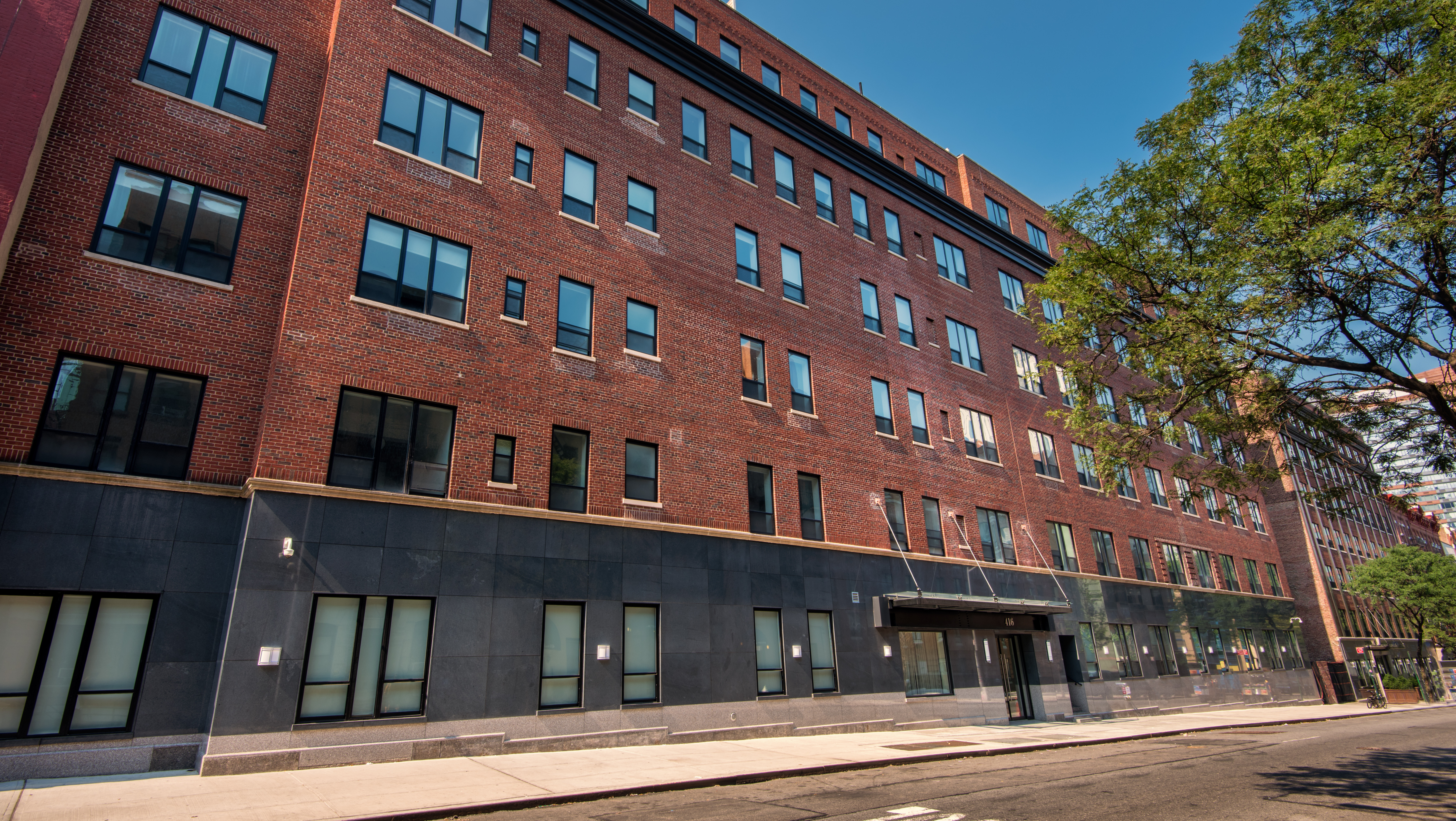 The building, which once housed a location for St. Vincent’s Hospital, has been transformed into a residential building that can serve as a shield from life in Manhattan.

It comes with the usual add-ons: a 1,300 s/f gym that negates having to go on the subway to get on a treadmill, a play room to keep children entertained and a 2,000 s/f resident’s lounge for networking in containment.

It also offers a complimentary bike service, landscaped courtyard with a waterfall stream that flows through it, a wine cellar with private dining room and a rooftop terrace with city views.

“Basically, if we think that the demographic here is young professional, young family and some foreigners who work abroad and work here, they will have everything they need in the building,” said Danny Fishman, Gaia Real Estate’s managing partner. “In Manhattan, generally, apartments are small. If you have big amenities, they are part of your building… It’s basically extending your living room and your lifestyle to the entire building.”

However, what’s unique about the property is its embrace of an unusual luxury condo buying demographic: professionals who work from home.

The building has a co-working space, which will allow residents to cancel their monthly payments to WeWork or its numerous competitors.

The service, which is offered to residents for free, comes with two conference rooms and individual work stations. According to Fishman, they included the amenity after conducting a survey with residents in other Gaia projects.

“We have a big rental business. We have like 17,000 rental units. And we did a lot of research and a lot of statistics. We did a survey with a few thousand tenants and we asked them what they want. This came as one of the top thing that they said, because of the working at home and everything.

“So we said okay. Instead of us just coming up with ideas about what we think people want, we just did what people really wanted,” he said.

All of this fit into Gaia’s strategy for the building. According to Fishman, they were looking to provide an alternative to new development projects in the area.

“What we wanted to do was to basically have a building full of amenities. If you go to the city today, you see buildings that are brand-new with amenities. By the way, I don’t think that even in new buildings they have as many amenities as this.

“But still, to (have an) affordable price… from our perspective, we’re creating something which is special,” he said.

The building, which was completely gutted, only has its external walls as remnants of its previous existence.
According to Maria Ienna, the building’s director of sales, the goal for the property’s design was simple. “In terms of the style, we wanted to keep it New York,” she said.

The building, which launched sales earlier this year, is targeting the “affordable luxury” market, according to Fishman.

The seven-story, 155-unit property, which comes with a sell-out target of $240 million, had residents moving in three and a half weeks ago.

Co-owner of The Strand sells townhouse for $7.35 million