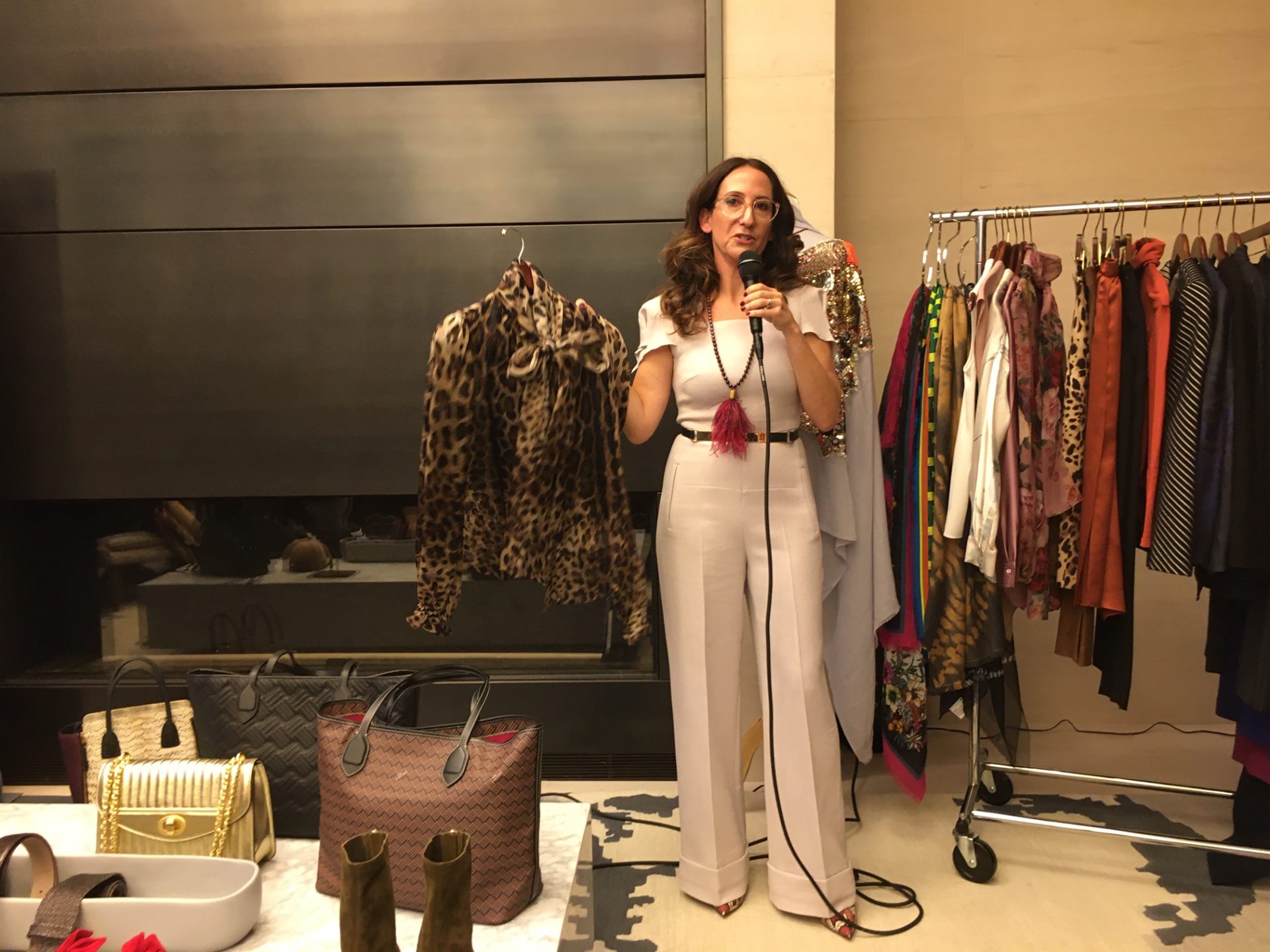 Clothing for closings: Stylist advises agents how to dress for success

When apartments are being shown to potential buyers, it’s a given that appearances matter, from the home itself being staged to perfection to the appearance of the broker or agent tasked with selling it. In particular when marketing higher-end apartments, brokers must manage to look as polished as the properties they work out of, while at the same time, not look so intimidating that they scare a potential buyer into thinking they can’t even afford to look.

“Your style is the message you’re trying to convey to present you in a way that speaks to your professional accomplishments,” said Solin-Valdina. “There are definitely ways of getting the message across of being inviting, approachable and still look in charge, like you’re going to nail it. You want those people to be inspired by you but not put off in anyway. They should be comfortable in your presence.”

Solin-Valdina, a television advertising stylist turned personal one, imparted this advice at CS/Talks, a series of evening talks for brokers and other real estate professionals, organized by Corcoran Sunshine. The most recent talk was held at The Park Loggia, a new condominium building in Columbus Circle that Corcoran Sunshine agents are marketing.

Speaking to a crowd of agents, she offered the following sartorial suggestions:

For men:
Suits are nice, but not necessary. Casual looks can work, especially for weekend showings, from corduroy and denim blazers and even t-shirts under cardigans. Jeans are okay, too, so long as agents’ firms have no objections to the latter.

“I know a lot of people are getting away from suits, even in finance,” said Solin-Valdina.

Shoes can and should be comfortable. Footwear can even include dress sneakers in darker colors. For men, Solin-Valdina likes the sneakers by luxury footwear label Ermenegildo Zegna as well as leather loafers and laceup boots.

For women:
The comfort rule also applies, but with a low heel. Solin-Valdina is an advocate of heels, though she stressed they don’t need to be high or spiky.

“Maybe it’s because I’m five foot two, but I think a heel makes a difference,” she said. “Anything that propels you forward and gives you momentum to seal the deal.”

That said, comfort does matter and to achieve this, the stylist suggests a low, block-heeled boot. She is partial to the label Aquazzura because some of the company’s shoe styles come in a choice of heel heights and the shoes have memory foam pads under the ball of the foot.

“If you’re not comfortable, you’re going to think, ‘When are these people going to leave?’”

Find jeans alternatives. Jeans will always be a go-to for many, but for women, Solin-Valdina suggests an equally comfortable option in Vince suede leggings. While not cheap (prices range from $300 to close to $1,000 on online stores we found) they come in practical colors such as navy, olive and camel as well as black.

“I like them in lieu of jeans because they always look polished,” she said.

For all:
Layer up. Recognizing that agents travel a lot, the stylist said layering is key for style as well as comfort.

“Everything this year is about layering and you’re in transit whether it’s in a car or a plane or a train,” she said.

Don’t fear patterns. For many New Yorkers, the temptation to stick to solid black is hard to resist (and if giving in, this is where funky accessories should come in.) But if choosing a pattern, Solin-Valdina suggests soft florals and leopard print.

“Leopard is always interesting; you can wear it so many ways, even for evening,” she said.

Don’t fear color. Solin-Valdina says she frequently hears from clients that they avoid certain colors after being told they don’t look good on them or anyone. However, the stylist believes that with the exception of when one is on camera, this is a fallacy; that there are actually very few colors that don’t flatter.

“It’s more about how you put it together and how much is showing,” she said. “Just find things you like.”

Don’t fear white. “It’s not just for summer. I like seeing white in different seasons and mixing whites,” said the stylist. “White is elegant and I love winter white.”

Know when to invest. When she worked in TV advertising, Solin-Valdina often bought pieces from H&M and The Gap, and will still sometimes dabble in fast-fashion. However, when she wants something that will stand the test of time, will make a larger investment. A current weakness of hers are the oversized silk blouses by Vince, which cost close to $300.

“But they read luxury and they’re so comfortable you can sleep in them,” she said.

Shop your closet. When shopping for high-end items isn’t an option, Solin-Valdina recommends making one’s wardrobe feel fresh by pairing items in new ways, and odds are they won’t be recognized as the same piece. (One thing she likes to do is tie the bows in tie-front blouses in the back.) If feeling uninspired, she added that it can be helpful not to worry about whether a particular item is seasonal, or just dress around accessories and shoes.

Finding a middle ground amid the garbage