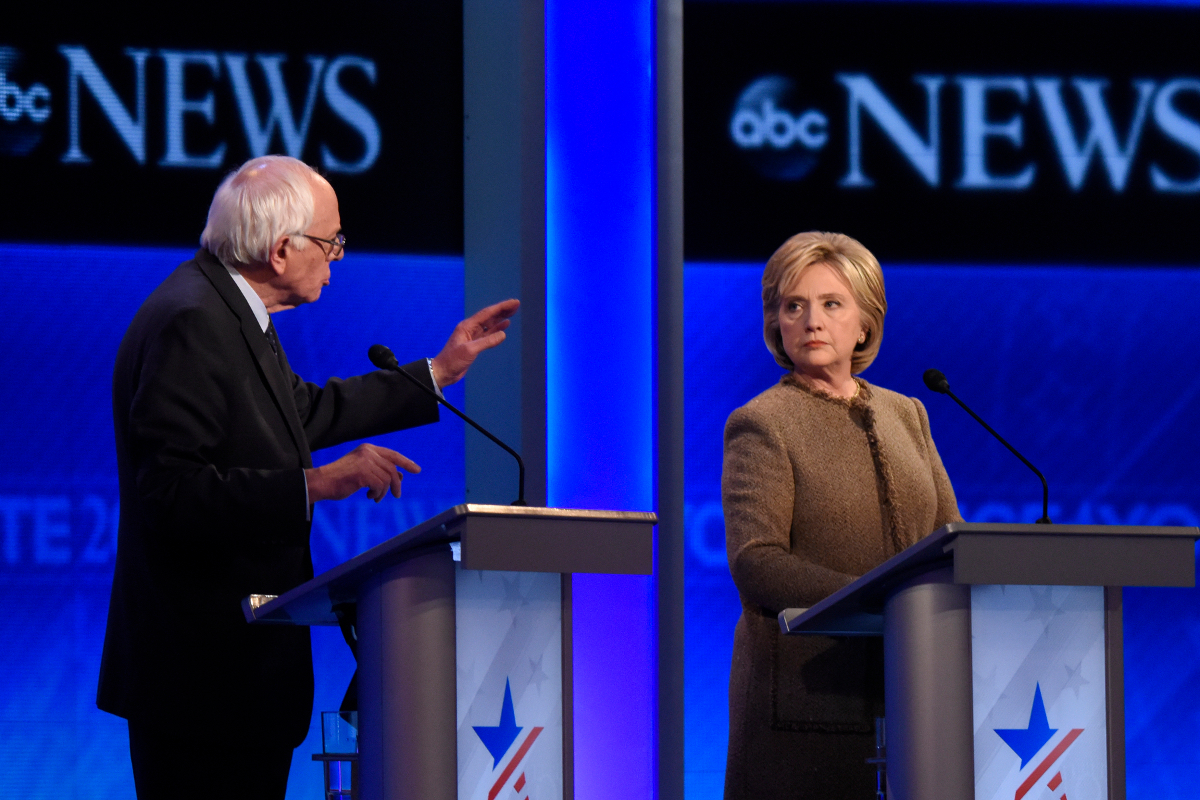 Clinton, Sanders set to face off in debate at Brooklyn Navy Yard

Presidential candidates Hillary Clinton and Bernie Sanders have agreed to a debate in the Brooklyn Navy Yard on April 14, days before a critical primary election in New York State.

CNN and NY1 will broadcast the debate, which will take place inside the Duggal Greenhouse.

The showdown, moderated by CNN’s Wolf Blitzer, will be the first time Clinton and Sanders have faced off on stage since March 9.

Sanders, who was born and raised in Brooklyn, and Clinton, whose campaign headquarters are housed in Downtown Brooklyn, finally came to an agreement late Monday after previously disagreeing on exact timing for the event.

Mayor Bill de Blasio advocated for the debate to be held in Brooklyn in a tweet Monday: “Let’s make @NY1 4/14 BKLYN debate happen. @BernieSanders: I’ll help you secure any permit you need to ensure your NYC rally can happen too.”

It was spearheaded by green entrepreneur Baldev Duggal and designed by Studios GO architect Gregory Okshteyn. The green building features solar lamp posts and rooftop solar panels, and boasts a riverside terrace with Manhattan views that has hosted a launch party for Heineken as well as a rehearsal space for Beyoncé.

While de Blasio was happy to have the debate at the Navy Yard, Brooklyn borough president Eric Adams released a statement saying he feels the debate should instead be taking place in Brownsville, the borough’s neediest and most troubled neighborhood. “I am calling on the Clinton and Sanders campaigns to agree on moving their debate in Brooklyn to Brownsville,” said Adams. “This is a neighborhood in crisis, and we need to ask for more than politicians driving by in their motorcades or working a handshake line.

“Just as leaders in Michigan rightly directed the conversation to Flint in their hour of need, I am urging that we pivot the physical venue to a site like the Brownsville Recreation Center and subsequently focus the discussion matter to solutions for issues impacting historically disenfranchised communities of color.

“We must leave our comfort zones and speak plainly about the challenges facing urban America with the residents of urban America.”

Though Adams said he was pleased the two candidates agreed to debate in the borough, with the national spotlight on Brooklyn, he thinks it should shed on the most “ignored” areas. “Few thought that the New York primary would be as consequential as it is shaping up to be. As such, with this opportunity of intense national scrutiny, it is critical that we seize the moment and focus our country’s attention on the pockets of Brooklyn where the popularity of our brand has yet to translate into prosperity for its residents,” said Adams.

“We are all very proud of Brooklyn Navy Yard, which has been an extraordinary success, and at another time in our history it would be a great host for this dialogue. However, at this vital juncture, we must push to bring communities that have historically been ignored and left in the dark into the spotlight of this campaign season.”

The debate will also feature CNN chief political correspondent Dana Bash and NY1 political anchor Errol Louis, who will be part of questioning the candidates. The debate will begin at 9 p.m. on CNN and NY1.

The Brooklyn Navy Yard is owned by the City of New York and managed by the not-for-profit Brooklyn Navy Yard Development Corporation (BNYDC). The Yard has more than 300 businesses that employ over 7,000 people, and is projected to provide 16,000 jobs by 2020.