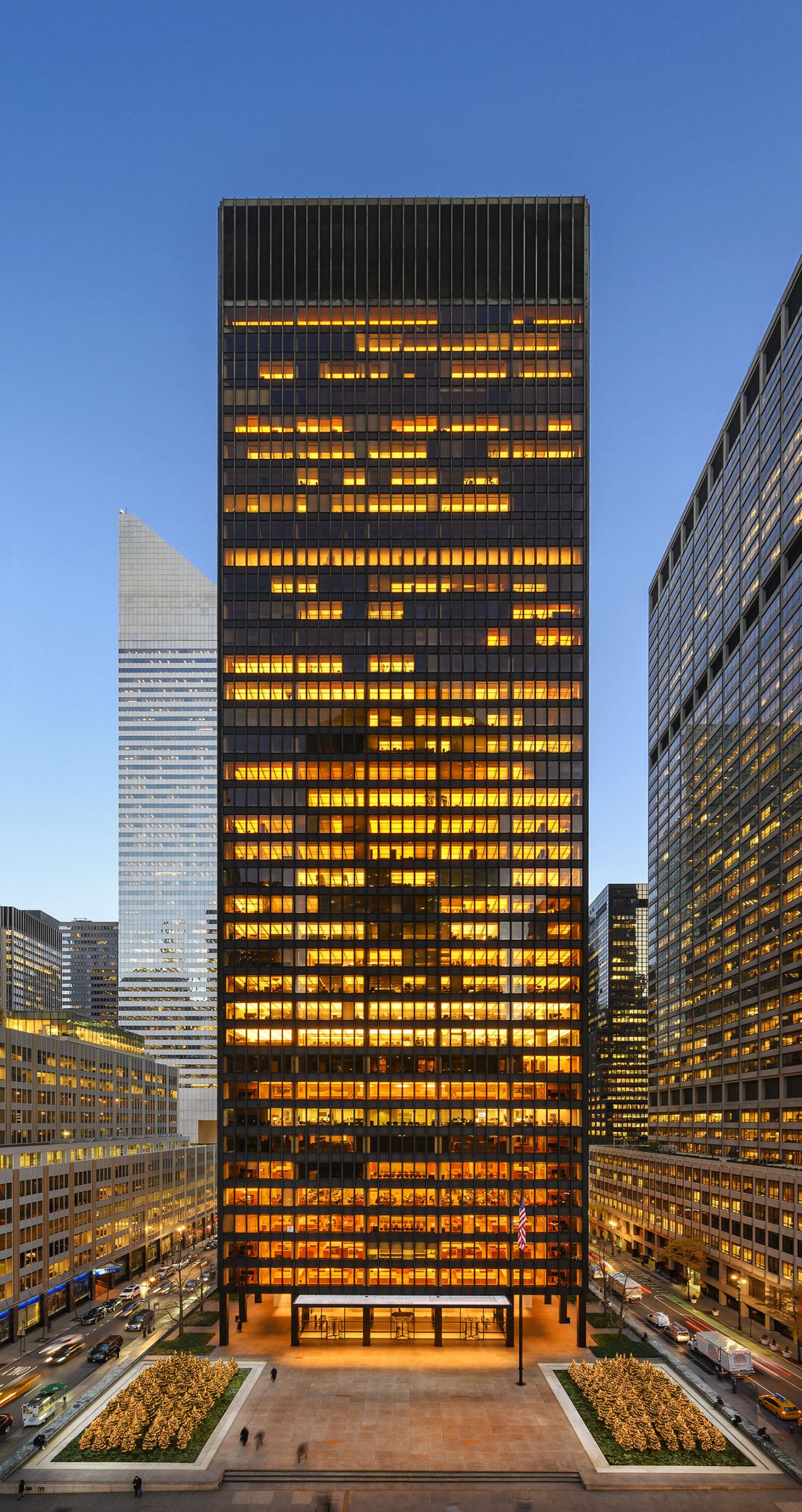 RFR announced today that private equity firm Clayton, Dubilier & Rice (CD&R) signed a lease to extend its term and expand its presence at the Seagram Building by leasing another full floor. The global private equity firm, which has been headquartered at Seagram for almost three decades, now occupies 70,000 square feet, controlling four full floors on a long-term basis in the building. In total, RFR recently signed six deals at Seagram comprising over 122,000 square feet.

AJ Camhi and Paul Milunec of RFR represented ownership in the recent lease transactions. Andrew Sachs and Ben Shapiro of Newmark represented CD&R in the renewal and expansion.

“The massive SEAGRAM PLAYGROUND complex offers a truly amazing experience and has been a strong driver of interest for new and existing tenants,” said AJ Camhi, RFR’s Executive Vice President and Director of Leasing. “No other building in New York boasts such a stand-out suite of amenities. Top-tier tenants understand the recruitment and retention value of having a one-of-a-kind amenity offering at their disposal as employees return to the office.”

Driven in part by one-of-a-kind amenities, Seagram’s recent leasing activity has included firms renewing and expanding within the building as well as a new lease, with asking rents ranging from $155-200 per square foot:

The building is known for its classic modern design and distinctive amenity offering. The SEAGRAM PLAYGROUND and Conference Center, a 34,000-square-foot, multi-level complex will be unrivalled in New York upon completion in July 2022 and represents a wholistic approach to social and professional well-being:

Wellness, with a stretching area, core strengthening area; and locker rooms with showers.

Access to the SEAGRAM PLAYGROUND is provided gratis to building tenants for their exclusive use, and complements the Seagram Building’s robust longstanding amenity offering, including the unmatched restaurant and event spaces in The Grill, The Pool, and the Lobster Club; the Seagram Outdoor Terrace & Lounge; in-building parking for motor vehicles and bicycles with direct elevator access to the lobby; and installation of contemporary fine art in common spaces on a rotating basis.

Additionally, the Terrace Lounge on the 11th floor is accessible to select tenants via a private elevator. Staffed by a coordinator, it boasts a 5,000-square-foot outdoor terrace with a variety of seating options, a library with curated content and periodicals and a large-scale media screen for streaming content or presentations.

“We have pioneered the blueprint for a next-gen office experience,” said Mr. Camhi. “While tenants have always been attracted to the allure of having space at Seagram, the current evolution shines a spotlight on the benefits of a forward-thinking approach to attracting and retaining high-end office users.”

The Seagram Building is recognized as one of the world’s greatest architectural masterpieces. The landmarked building designed by the legendary architect Ludwig Mies van der Rohe is his only work in NYC and was completed in collaboration with Philip Johnson.