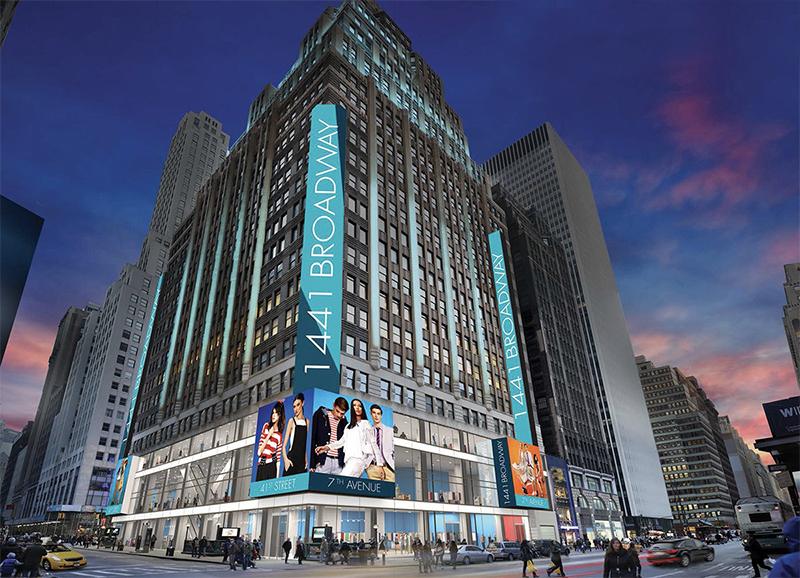 L.H. Charney Associates announced the firm leased just over 67,000 s/f at 1410 Broadway and 10 Times Square during the pandemic.

Charney will also welcome Darden Restaurants-owned Yard House Restaurant, which signed a 19,000 s/f lease at 10 Times Square (aka 1441 Broadway) in December 2019, is set to open this summer.

“While the past year has certainly been a challenge, the activity that we have seen over the past couple of months is encouraging and is indicative of our firm’s vision for these properties and for Manhattan in general,” said Joseph Giannola, who joined L.H. Charney as chief operating officer in late 2020 from MHP Real Estate.

“While work habits will change and evolve, New York City will endure as one of the world’s office centers.”

Colliers executive managing director Rick Doolittle and director JP Howard represented L.H. Charney in each of the transactions at the two, Class-A Midtown office buildings, which have recently undergone $50 million in capital improvements.

The renovations to 10 Times Square include a new lobby and entrance, which features a multi-floor glass facade, grand entry foyer and new reception area. 1410 Broadway has new elevators, renovated corridors, bathrooms and lobby space. At 1410 Broadway, L.H. Charney employed renowned artists to contribute various murals and visionary artwork to the lobby and throughout the building.

The completion of renovations and reintroduction of the buildings to the market has been overseen by Giannola. Doolittle and Howard, who joined Colliers earlier this year, have been the leasing agents for the two buildings for the past 11 years.

“We’re really seeing a spring awakening here in terms of tenants getting back out into the market,” said Doolittle. “As the vaccine rollout continues to progress, we’re confident that we will see even more employers plotting their course to get back to the office.

“While that return may entail some type of hybrid work scenario, properties like 1410 Broadway and 10 Times Square are positioned for success given their proximity to mass transit and their best-in-class ownership and features.”