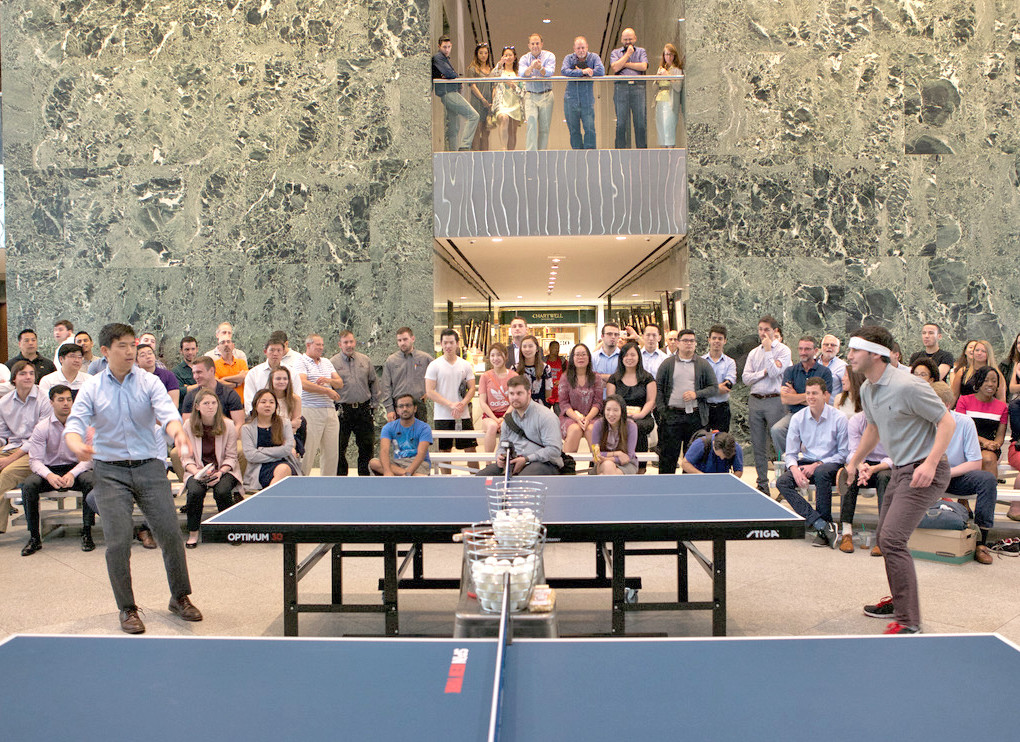 Fisher Brothers has been keeping its tenants busy this summer with a series of fun events.

The landlord held its first ever week-long ping pong tournament for tenants of its Manhattan office portfolio.

“At Fisher Brothers, we are always looking for creative ways to enliven the workday for tenants,” said partner Winston Fisher. “We had a great response to the ping pong tournament, with over 200 tenants signing up to participate throughout the week and over 150 attending the championship event to cheer on their colleagues.”

The tournament culminated in a championship event, in which the ground level of Park Avenue Plaza was transformed into a ping pong arena, complete with an emcee, music by a live DJ, and bleacher seating for spectators to take in all the action.

Hosted by Fisher Brothers, in partnership with ping pong social club SPiN New York, employees from the companies in Fisher Brothers’ four Manhattan office buildings were invited to participate in the contest. After a week of competition in which over 150 players took part in the tournament, David Xu of NYSE emerged the winner, edging out Dennis Lee of BlackRock.

Spectators at the finale were also to an exhibition game between professional players Michael Landers and Matt Suchy.

More than 750 tenants participated in the company skeeball tournament, with Fisher Brothers donating to the charity of choice for the top three scorers.