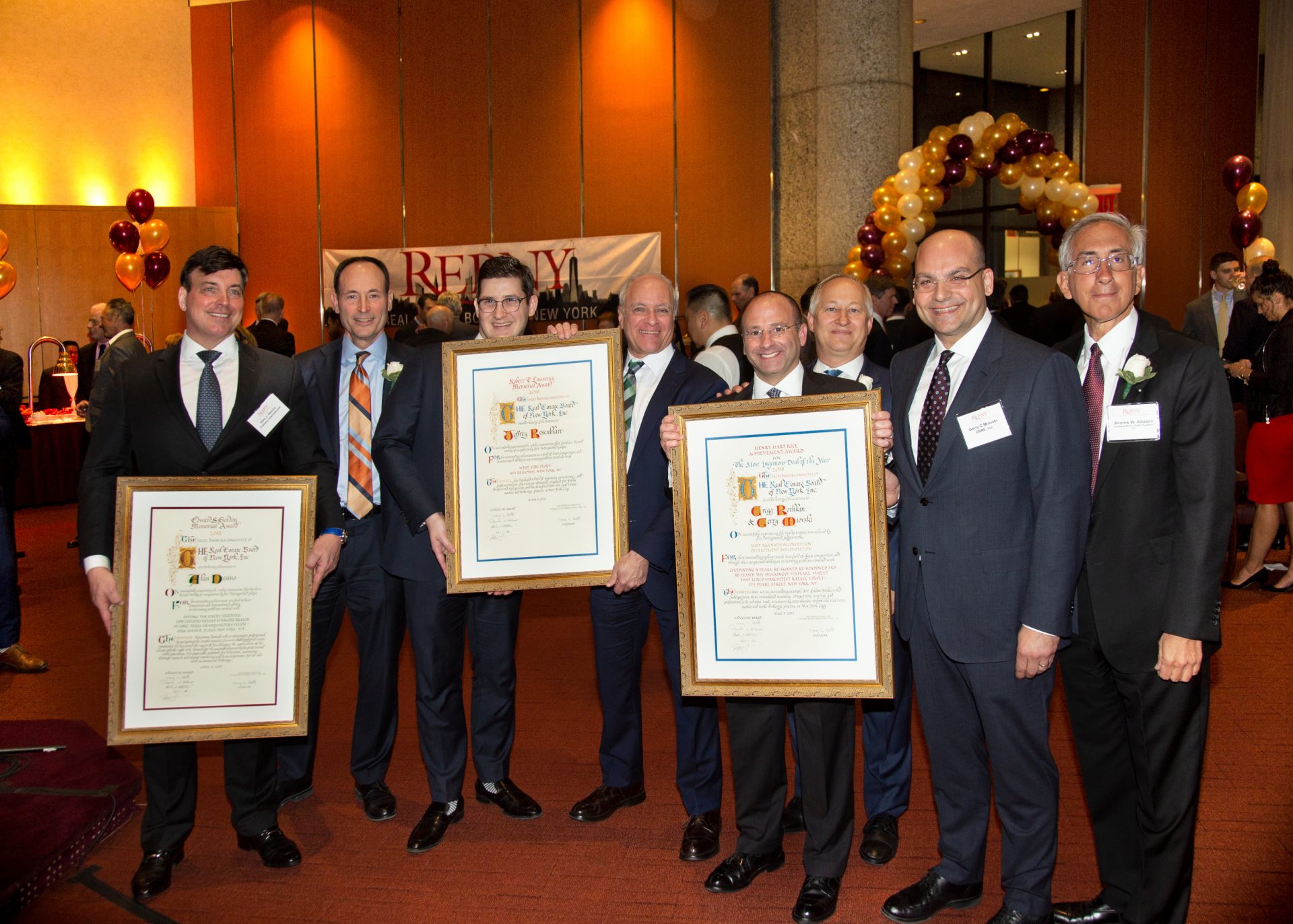 The Real Estate Board of New York awarded the Sales Brokers Most Ingenious Deal of the Year for its 75th year on April 9.

CBRE’s Gregg Rothkin and Gerry Miovski were the first-prize winners of the Henry Hart Rice Achieve Award for their work at 375 Pearl Street and getting Rafael Viñoly’s firm to sign a  36,550-square-foot lease with an option to purchase. Ownership, Sabey Data Center Properties, and the CBRE team had made the decision to undergo a major capital improvement program to transform the New York Telephone Company building, which is now known as the Verizon Building. Rothkin and Miovski navigated the 31st floor lease/purchase, the construction of a dedicated terrace, mezzanine, and parking with exclusivity for Rafael Viñoly Architects, while also addressing sound and vibration issues produced by the building’s mechanical equipment for data center tenants.

In second place, The Kaufman Organization’s Jeffrey Rosenblatt took home the Robert T. Lawrence Memorial Award for finding Open Jar Studios a space at 1601 Broadway. Rosenblatt worked on the space for two years with the owner Vornado to redesign the space before identifying Open Jar as the right fit for the 51,000 s/f facility with two 4,000 s/f column-free studios.

And Colliers International’s Alan Desino earned bronze through the Edward S. Gordon Memorial Award by getting Evercore to expand their lease at Park Avenue Plaza to 350,000 s/f. Desino also worked with Evercore, an investment bank advisory firm, to design a more modern workspace for their evolving workforce.

“Over the past 75 years, REBNY members competing for these awards have demonstrated immeasurable technical skill and creativity in negotiating complex real estate solutions for their clients,” John Banks, REBNY president, said. “This year was no exception. We congratulate the 2018 award recipients on their outstanding achievements.”

Tishman Speyer inks another big deal at The Spiral