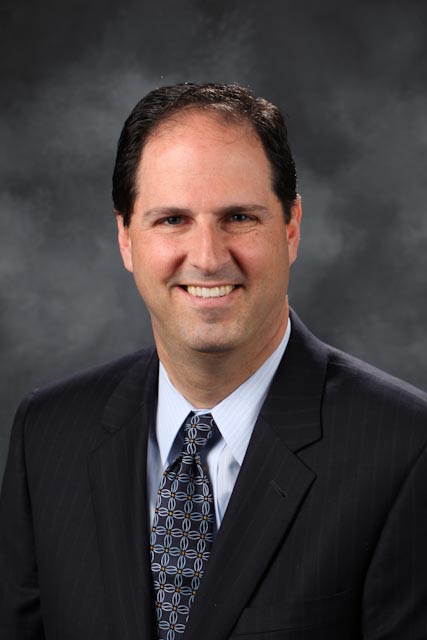 “We are very much in the information business and the idea business. We feel that to generate information and to collaborate information you need an open environment,” said CBRE New Jersey’s senior managing director Jeff Hipschman.

“In a more traditional environment, it’s work to have to collaborate.”

The move is part of the company’s “Workplace 360” initiative which seeks to offer brokers and other employees “enhanced flexibility, mobility, technology and productivity” so that increased communication can be made possible.

Unlike in California, the New Jersey office features a single floor layout, but Hipschman said that the company has seen a “drastic improvement” in collaboration and communication between the workers.

CBRE’s set-up includes practical features such as eight group work areas, adjustable-height desks that allow for both standing and sitting, a paperless work environment, and a treadmill desk which allows for light exercise during the completion of business related tasks. The space also holds more leisure features, such as an indoor putting green and a Jersey Shore-themed entrance area.

Hipschman said that CBRE took its staff’s input into consideration when designing the re-imagined New Jersey office and said that the new layout was the result of “healthy discussion and debate.”

While certain wish-list items of the redesign did not prove feasible, Hipschman said that the there was a “strong feeling that standup desks had to be a part of the environment.”

“I think that, like any space design, it’s a series of decisions based on how you allocate your budget,” Hipschman said. “We had a very reasonable budget.”
Though “trade-offs were made,” Hipschman is confident that his office is now set up for optimal performance by his brokers.

One NJ-based architect agrees with CBRE’s implementation of “Workplace 360” but recommends that companies considering a switch give the idea serious thought before installing.

Barry Poskanzer, AIA, of Poskanzer Skott Architects (PSA) in Ridgewood, N.J. and a 30 year veteran of commercial real estate design, agrees with CBRE’s assessment that open-floor work plans are conducive to efficiency in business, but he feels that the decision to implement one should only come after careful consideration.
“We think that there are probably whole departments that could be made to work with that form and whole departments that should never even consider it,” Poskanzer said.

“It’s harder to do well than people think,” said Poskanzer. “It’s about how you handle the rest of the environment around it in open space.”
Poskanzer said he feels that a brokerage that wishes to encourage collaboration amongst its workforce is wise to consider an open layout as long as certain measures are taken.

The veteran architect suggested subtle nuances such as changes in ceiling height to break up the noise of multiple conversations across the office and though it may not be viewed as fashionable, Poskanzer suggests carpet over hard flooring so that the room’s acoustics stay at manageable levels.

Poskanzer suggested that certain areas be designated as more traditional, private conference areas so that individual teams can discuss their work uninterrupted.
When JLL moved to its offices from Lexington to Madison Avenue in 2012, the company took the opportunity to redesign its office layout to invite collaboration among brokers.

Unlike the offices of some other firms, where brokers’ desks sit behind narrow corridors of often closed white doors, the JLL space embraces some cutting edge ideas in workspace design. Standing on the main floor, a visitor feels like almost every person in the company is in sight.

“We have a lot of open space; low partitions so people can see each other, talk to each other,” said New York president Peter Riguardi in an interview with REW at the time.

When JLL moved into the offices, it shifted from a space allotment of 250 s/f per employee to half that, Riguardi said, relying more on spaces that employees share, from conference rooms and collaborative workspaces to lounge and recreation areas.

Private offices exist, but they are all glass-walled and of uniform size. “We feel like if you have an office it’s an office, you don’t need to have a second home,” Riguardi said. “We see a lot of unproductive space around as we do our business, and we did not want to do that here.”

Construction at the CBRE Saddle Brook offices spanned four months and was the result of nearly half a year of planning.

In addition to an open office plan that is designed to increase communication between inhabitants, the program also promotes a fit lifestyle and general health with nutrition workshops, free gym memberships, and group exercise programs.

Preserving the past must be balanced with building for future